You better believe Chicago was shaking from last month’s influx of FACTS into their headspace. Even the Police couldn’t stop me telling everyone about how mobile games sucked. So this week, I thought I’d keep it real by going back to one of the old debates – something that’s bothered me for a long time.

Ranged combat keeps you away from retaliation, but you’re always reloading. Close combat means you won’t miss, but they can slap you about a bit as well. Which one is better? Or are they both the same? You won’t know until I tell you the FACTS.

Before we go any further though, I want to deal with this stupid ‘melee’ word. And here’s a FACT about melee – it means confused close combat fighting. That’s a dictionary fact, so you know you can’t argue with it. When I stab someone with a kukri, you better believe there’s no confusion there. They stay stabbed. So let’s leave melee to the Wii-motes, not to the cool kids.

The first UNFACT we’ve got to look at is there’s a lot of rubbish talked about what weapons do IRL.

You want to stab someone, you’ve got to have positioning, grip and momentum. While trench-jumping in Battlefield is fun, you can’t kill people like that in real life. I tried it out at home with some cushions and a kitchen knife, and I couldn’t get a killstreak. Even with an hour’s practice. No, close-combat kills take skill and dedication like Chuck Norris. And you never see Chuck getting killstreaks, do you? Even Bruce Lee doesn’t get up to a 1000 in Enter the Dragon. And he’s the close-combat king.

And that’s a FACT. Bruce Lee beat Chuck Norris on screen. Because he became an American.

Like stabbing, position and grip is really important when firing guns. When you pick up a gun, it demands you acknowledge how badass it is. And if you don’t, it’ll smack you in the face when you reload. And that’s its momentum.

Difference is that if you take a gun to some cushions, a kill streak is easy. Until you get the dead-man’s click. And then some Dudley is going to kick your ass because he counted your bullets. Like in Dirty Harry. But they still take skill and dedication. I’ve got to find some cushions that have got heads on, or maybe some teddy bears to practice on next; see if I can headshot killstreak as fast. 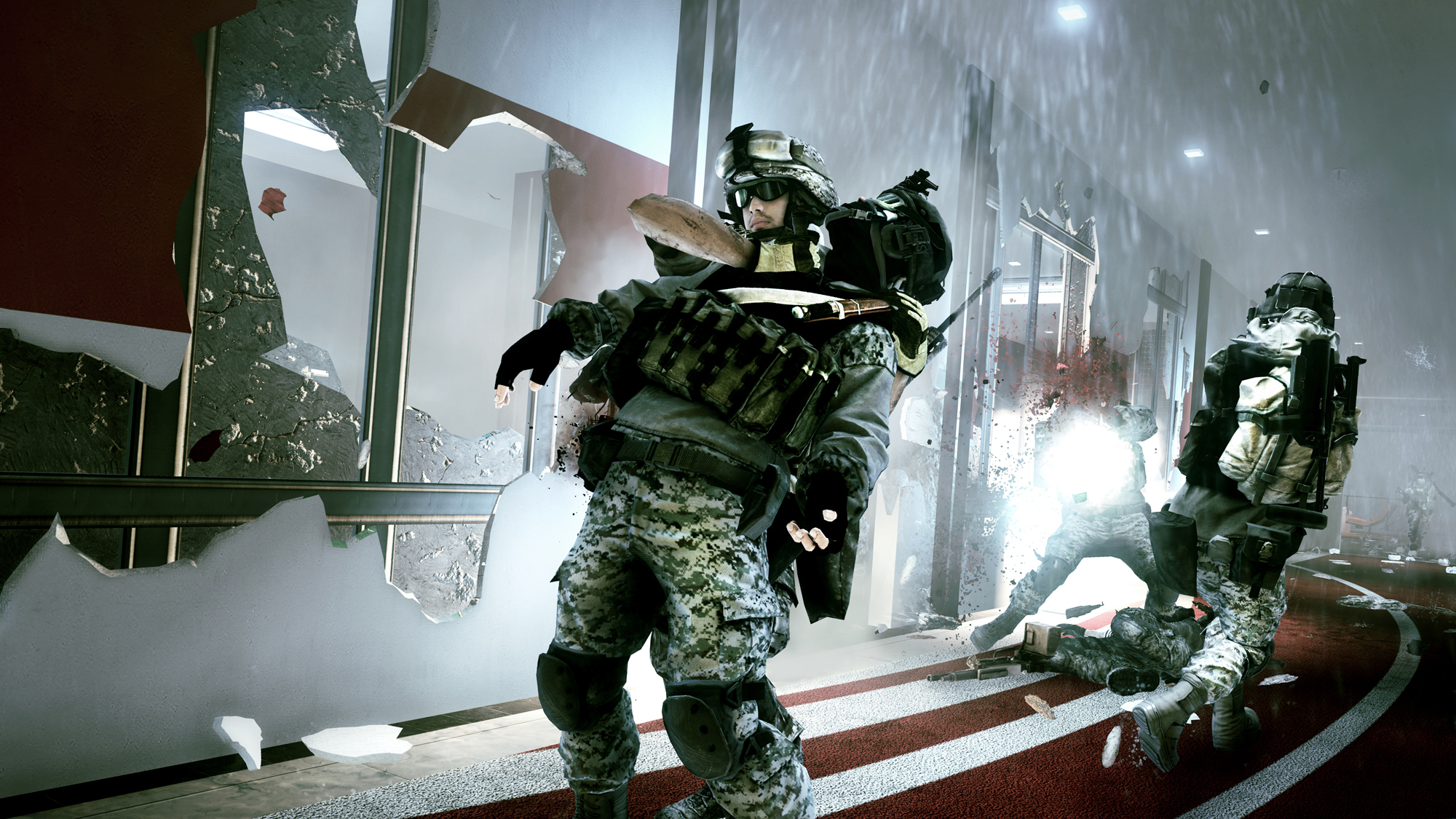 If you’re a dirty camping sniper in Battlefield, you’re gonna be using 7.62mm bullets. Maybe even a .50 calibre if you’re really showing off. You shoot someone with that thing and there’s a crap-ton of momentum going in there.

It’s not a little spray of red-pixels. It’s more like this [metaphor heavily censored – ed]. You hit someone with one of those babies and half their head is gone. No chest-paddles are going to save you from that.

Hit someone with a knife though, and even if you do the old up-the-ribcage trick – it’s not going to be a squirter. Also, it’s bloody hard. All that Buffy nonsense about stakes in the chest is Bromley. That’s why you have a ribcage there – to stop people stabbing you. We evolved it to protect us from velociraptors, according to Steve.

FACT: There’s no such thing as hit points, lives, or respawns.

Someone told me to get a life once. I yelled after him that I needed an extra heart, and a girl laughed at that. That’s how to be cool around girls.

Hearts don’t mean lives IRL though. There’s a great report by the Surgeon General that says there’s three problems with being injured at war. Either it kills you immediately, you die later from internal muck-up, or it doesn’t do anything. And that’s every bullet. I’m guessing that’s the same with stabbing and things, but with fists it’s just draining your stamina bar.

And black eyes take a long time to heal. Turns out that the girl was with him, and he didn’t like me putting the moves on her. She totally wanted me though. 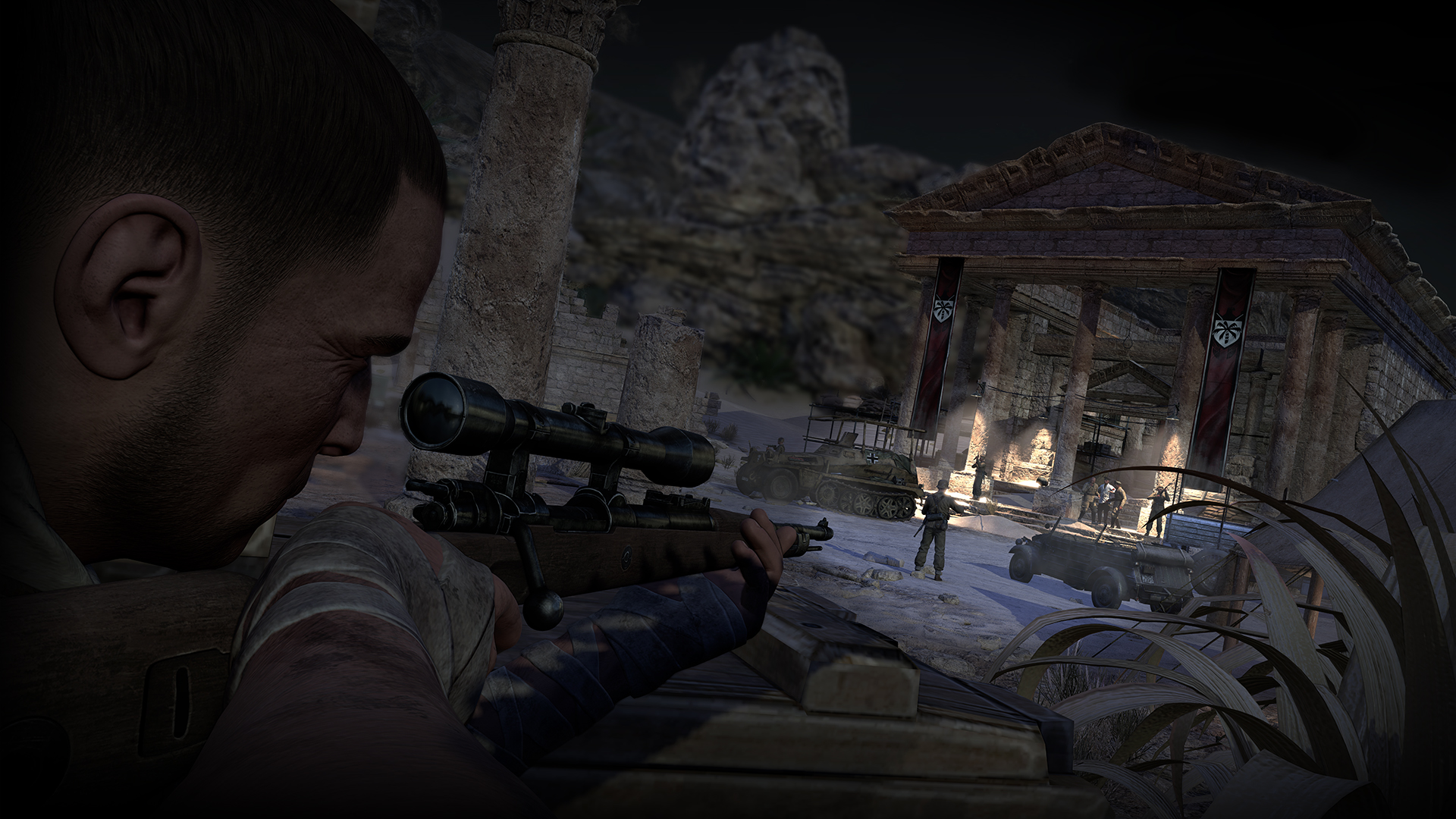 FACT: On a clear day you can shoot forever.

You know how badass real snipers are? 1864, Sergeant Grace spotted General John Sedgwick. Sedgwick starts going on about how they couldn’t hit anyone at this range, and Grace nailed him; 900 meters away. Now that’s a long way. We’re talking nearly a kilometer with a sniper rifle. What’s the furthest you’ve seen on a BF map? 100 meters, 200? Nothing to this guy who was born nearly 200 years ago.

These days? No-scoping from 10 metres is considered skill. That’s when they taste the knife.

How far does Ryu throw his fireball? Couple of meters maybe? How about Goku? He’s going be throwing one for over nine thousand meters (FACT: I am hilarious).

Serious point though: if you’re playing a game that has ranged combat, where do you break off? What happens to Ryu’s fireballs after they go off-screen? Now if you’re going to be throwing in planes as well, that means you’re talking hundreds of kilometers. And where does your knife go then? See, if you’re talking about ranged combat; you’ve got to make close combat massively powerful or you may as well just throw spitwads.

FACT: Pixels are only as big as the picture element allows.

Let’s say I’m in a car. And I’ve got guns on the side. Along comes you in a helicopter. When can I not hit you?

We’ll say that I can raise my guns, so I’m not shooting along the road – but what happens to my bullets after their long range? Do they drop off and hit someone on the road? What happens if both of us are moving? Can I shoot the bullets out of the air with my bullets?

There’s so many FACTS here that you’ll suffer a FACTPLOSION. So the only way to do it is to cut out all the FACTS you can’t handle. That’s why poor old Auto Assault failed when it tried to make a Carmageddon MMO. You simply can’t handle multiple dogfights in a small area without a FACTSPLOSION.

You can do close-combat, although… 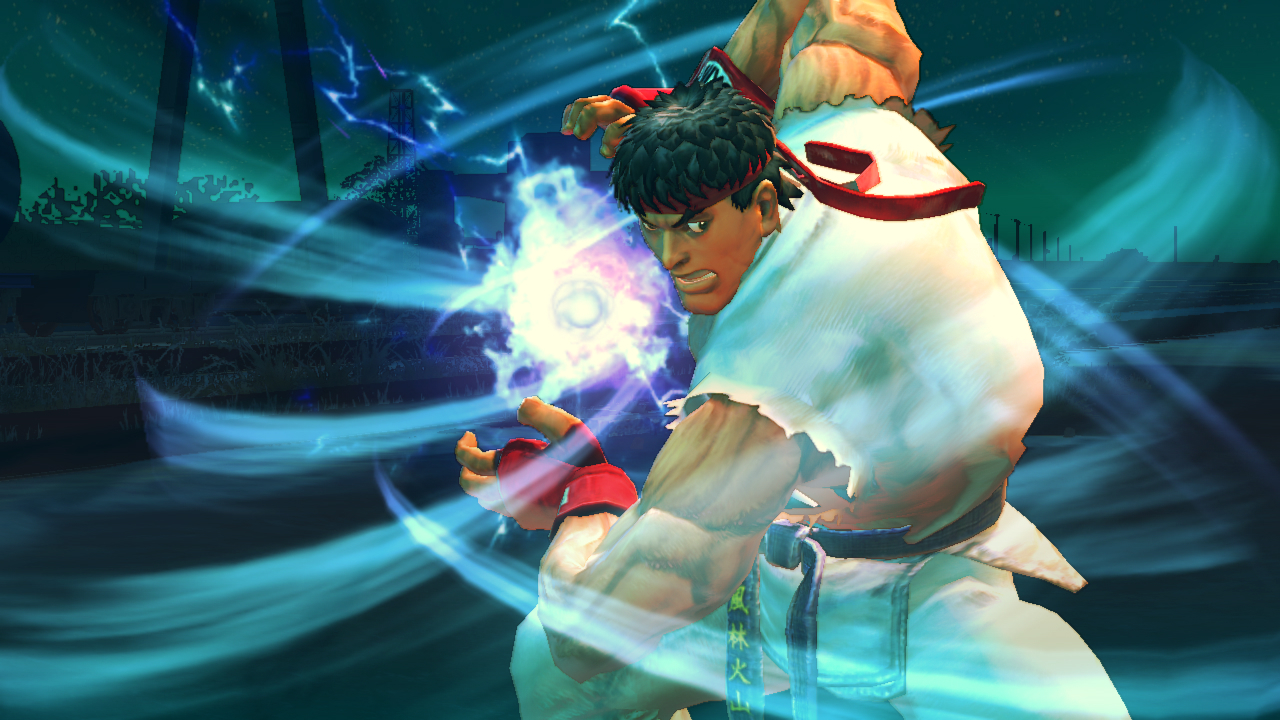 FACT: You can’t do fatalities IRL.

I thought I’d do some of that Capoeira after seeing Tekken, but none of the gyms around here teach it. So I started doing the twirling on the floor and I just got tired.

Just as you can’t throw fireballs by crouching and yelling “Ha-Do-Ken”, you can’t do a Macaco Lateral just by leaping backwards. It follows that you not only can’t do Sub-Zero’s freeze moves, but his Chiropractor’s Nightmare also doesn’t work. Steve tried it on me for ages, and it just gave me a neck burn.

So what do you pick? Are they the same or are they different? Let me ask you something for a change: Where am I going to use them?

See, this is more difficult than the usual Same Difference, as these are the Same and Different. Pretty spooky, eh? And it’s because neither are what they’re like in real life.

In real life, guns are what kills people. Close combat just gives them bruises. In games though, both give you bruises, so you gotta choose based on their differences. And that’s where my next SAME DIFFERENCE comes in.

Tags: Battlefield
← Off The Grid: Shovel Knight
Art Tickles: Small World After All →