Among the Sleep does something fascinating by casting the player as a young child.

Game environments themselves aren’t great simulations of life. They’re a little bit distant, and very difficult to delve into in the same way one might explore their environment in life. Some games address this by having the player interact with the world only with tools; sometimes the world is simplified into blocks. Discussions are conducted with cold, vacant stares and numbered dialog choices. Pick up an item and see it held at full arm’s length, moved around with imprecise, awkward jolts. Any objects that the held item intersects will be hammered away, flung in whatever direction the stiff, full-strength invisible arm is swinging. As a medium, games are comfortable with a world that only loosely contains the ability to manipulate objects in physical space, but they’re a far cry from being an accurate, familiar to control reality.

For a child, however, the loose and fleeting sense of motor control is actually a consequence of simply lacking the fine tuning to control all of the bits and bobs with the same precision as an adult. It means misplaced steps and blustering into objects, clumsy hands and the unsettling feeling of precarious balance. These things are normal at this age, and they can’t be helped.

Horror games have long used a similar lack of total control as a means of building fear. The inability to manipulate the environment or respond to threats with the usual precision of a soldier or archaeologist is part of what makes the monsters and mist so unnerving. Without feeling like one has adequate tools to handle the situation, any possible threat is magnified. That which cannot be stopped is inherently terrifying, whether it happens to be facing against an uncontrollable monster or ammoless against a single zombie. The inability to defend oneself from the coming unknowns is a terrifying prospect, one that gives the lurching creatures of the horror genre their power. In this way, the horror can come even from things that would otherwise be unremarkable. 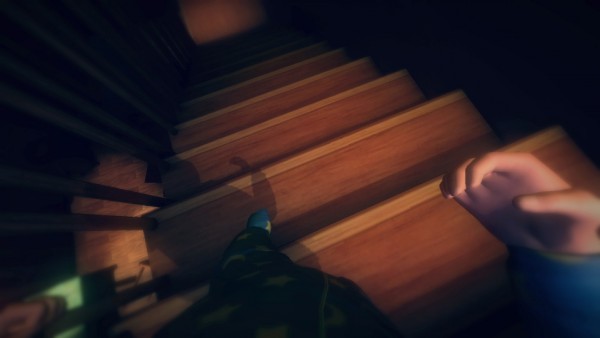 To an adult, that kind of game-esque lack of control is tolerable but unnatural. It feels awkward, wrong, and it is a large part of how horror games heavily restrict the player’s ability to move quickly and operate themselves in a way that keeps them ahead of the horrors tracking them. However, for a child, that kind of imprecise control is a fact of life. It isn’t a limitation, it’s a reality, and one that makes the horror more reflexive. The flashes of thunder outside feel earth-shattering and cataclysmic, rather than just normal aspects of weather. In the same way, the world spins without them. A mother hovering over the phone and jolting when it rings is probably expecting an important call, but to a toddler, her behavior would seem not just worrying, but wrong. The absence of any control or understanding of what’s coming is all simply a part of a toddler’s life. It ceases to be about when strange things happen because everything that happens is strange. Things happen because someone or something makes them so, but a child has no grasp on why.

As a horror environment, the child’s mind is a fantastic playground, and one Among the Sleep leverages mercilessly. Hard limits are put on what a player can achieve as the child: the constant clatter of noises, the inability to tune out the various soundscapes of a house, and the severe limitations that determine how fast the child can open a door, run down the stairs, or clamber into a closet. The game doesn’t stop at simply creating a scary environment, but ups the ante by locking the player in a defenseless state.

Other examples of highly praised titles, such as the incredibly popular Amnesia series, innovated on this very subject to critical acclaim. The lack of fine control over how one could handle the horror is a staple of those games and revolutionized the genre almost overnight. Among the Sleep builds on the framework, heightening the horrific effects by employing a child as the player’s agent. It genuinely makes the wobbly control feel justified, the sluggish imprecision normal, and the simple puzzles and shaped key mechanics actually feel at home in the hands of a toddler.

A young protagonist is a good fit for horror because it is an inherently exploratory medium. It’s a genre that is about atmosphere, aesthetic design, and the haunting use of sound. It’s an experience built on establishing a world that begs to be understood, a place where the player is expected to look around, examine, and probe. Having the control scheme functionally and narratively reflect that is a powerful approach to horror. 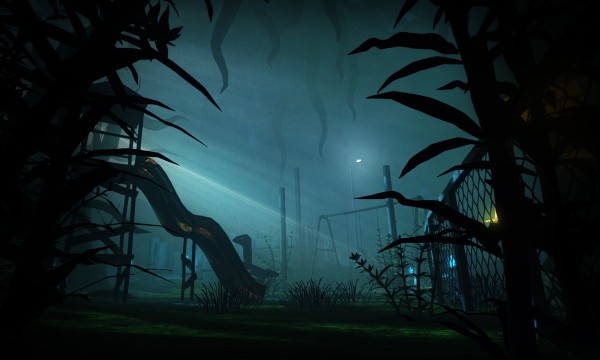 But there is a betrayal there as well. The idea that horror has to rely on limited kinesthetics is a little bit childish. But in a way, so is horror itself. There isn’t anything sinister about darkness; as adults, people are expected to outgrow their fear of the dark. However, in horror, it is a mainstay, a large aspect of what terrifies. Buildings, likewise, aren’t inherently horrific. However, society is enraptured with haunted houses and derelict ships, bases, and buildings. We’re enthralled by exploring something that is just that little bit uncanny, an imperfection to a formula we’ve made canon over years of civilization.

Perhaps games should consider how and why they use childlike control patterns in the first place. Among the Sleep is a fantastic example of making good use of the trope given just how well the horror-control ideal works in the unstable hands of a child, but the idea of leveraging the control scheme as a horror element is also one worth consideration. Horror as a genre should be as much about a player’s feelings behind the controller as how the player-character can react.

Although, perhaps not as well. After all, what is horror if not a little bit of powerlessness when faced against the spark of unknown, uncontrollable fear?