Art Tickles: What Lay in the Dark

Taylor Hidalgo goes bump in the night sometimes, but mostly when he falls out of bed.

Humans, at their core, aren’t really afraid of the dark. There’s nothing inherent in a lack of light that produces terror, nor is a lack of visual stimulus a cultivator of fear. Fear stems from the unknown. The uncertainty is something that we instinctively fear, and all of its trappings and dangers are the keys to our undoing. It is what’s in the darkness that scares us.

The reason darkness is so common in horror though, is that it provides onlookers with the right frame of mind. Between raspy, scratching audio cues and the flickering of shadows in the distant cone of a fading flashlight, we put ourselves in the frame of mind to be afraid of everything we don’t see. Especially when we hear it, when we can feel it, when we barely see it and, most importantly, when we suddenly don’t.

In that regard, there is something disarmingly charming about Home, a game whose story from beginning to end is nothing but building tension in the uncertain distance. The game sees the player navigating through three or four different settings, unraveling a narrative piece by piece as their character discovers elements of the story. Behind them is an ever-present specter, the haunting shadow of something or someone else out there. The small orb of light from their  lantern is the only cone of vision the player has, and there was always the possibility of something else there, just out of reach. 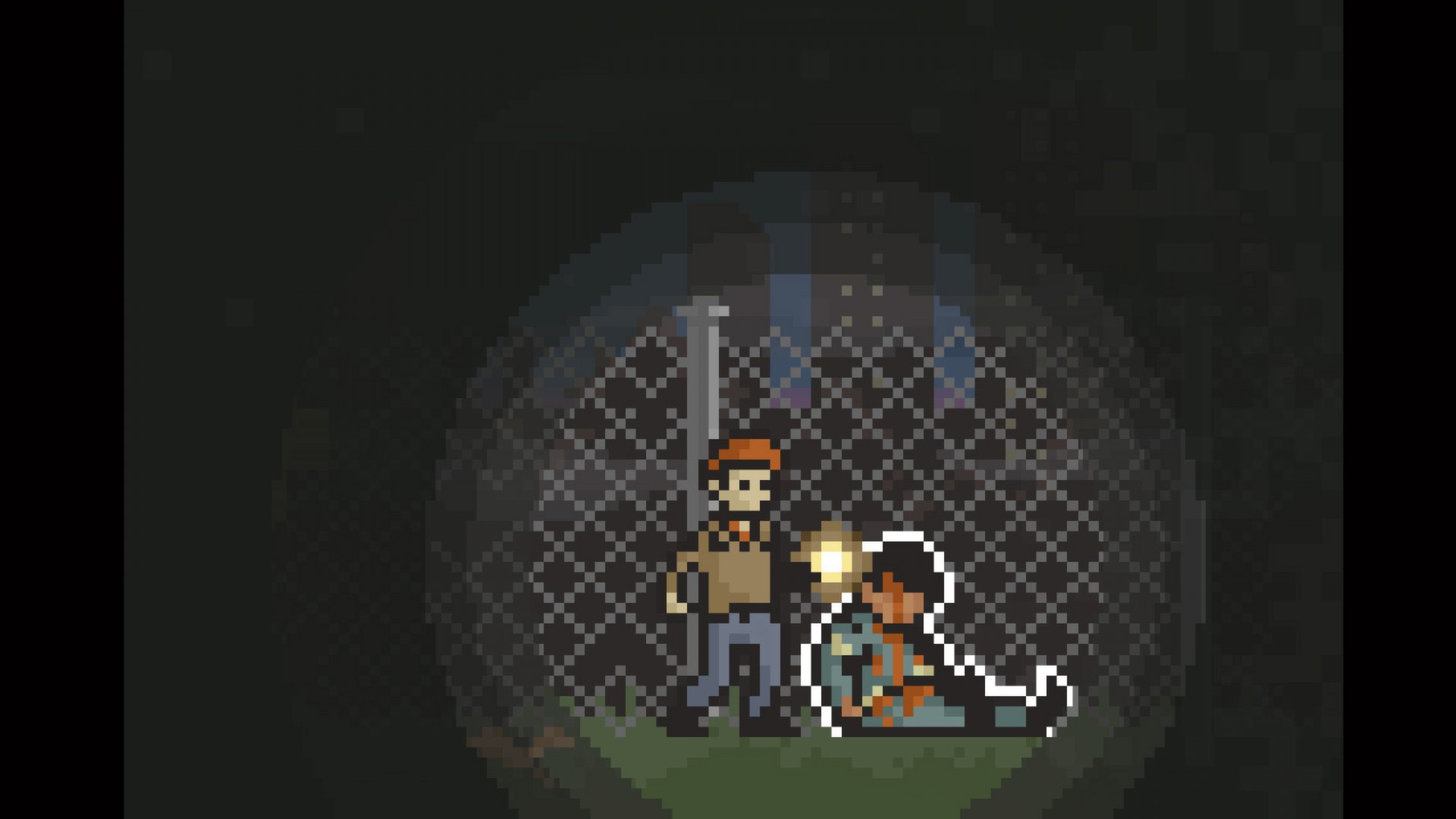 As the player stumbles from abandoned houses through industrial sites and forests, ultimately to an empty home, the big reveal always seems one more inch away. For a game whose running time doesn’t exceed two hours, the soft distance of omnipresent tension is the perfect length to unnerve the player as they explore the world. The simple weight of decisions and thoughts emerge organically, paced by the player’s own fear of isolation or fear that impeding progress by over thinking will cause whatever’s out there to catch up.

Despite managing a functionally perfect atmosphere for the genre, Home’s brevity helps it skirt past a limiting factor. Humans by their nature will not stay afraid forever. Coping mechanisms and willing suspension of disbelief will eventually override the tension, and spark us into action, or movement, or catatonic shutdown. That is often where a game’s action elements will come into play: sharp explosions, crashes of sound, raking of talons, the triumphant blast of a disabling blow and back to eerie silence, waiting for the dark to come racing in again.

In that regard, almost all horror games seem impeded by their running times. Shorter forms of media, like movies, have carefully crafted scopes and times for things occurring, always managing to keep their audience in a particular state, prepared to see things at a particular time. The tension and timing are finely tuned, so they naturally don’t really have to do any one thing at any one time. By length, games rarely have the same luxury. Their tension, their fear, lasts only as long as the player’s patience. Too much inactivity, or too little tension, and the immersion is lost. Often, with it, the game forgotten. Unlike film, the catharsis is not always guaranteed to come.

Which is why action seems to have such ubiquity within the horror genre. The fear of death and uncertainty of survival are the elements from which most horror games are built. From the frantic mad dash of zombies in Left 4 Dead to the slow, toddling build of atmospheric Silent Hill, horror games seem almost exclusively to earn their keep on the marriage of fear of monsters and mechanical thrills. It is much easier to pace a steady escalation of action rather than the slower and often darker scares of a world just out of reach, barely hanging on the periphery. 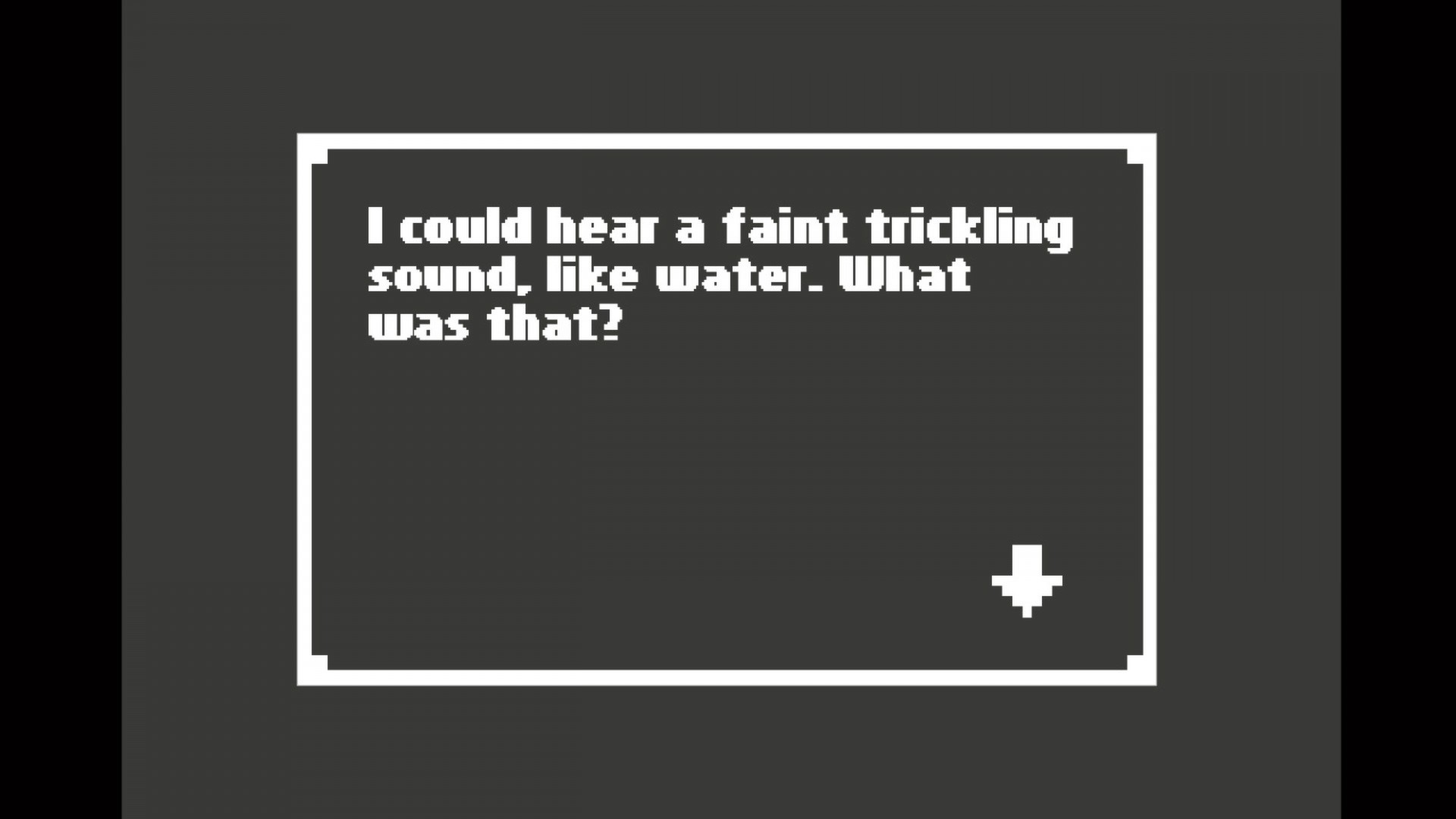 Better the devil you know than the one you don’t, in practice.

Which makes me wonder where these games will go in the future. Tension and monsters are all fine, but it seems by very nature to require shorter running times, or more monsters. The proportions don’t seem to match the length games are beginning to run. It seems a casual observation that horror games are going to be tied hand-in-hand to action. However, my thoughts seem to suggest that novel approaches are going to come from the lower budget titles. To me, the future of horror games is entirely dependent on how people figure out to tell more unnerving stories using techniques we don’t see in other pieces of media. The path ahead is unclear and its twisted corridors and labyrinthine alleys make the perfect setting for something unknown. If Home is any indication, we’re looking toward a much more interesting future, regardless of what form it may take.

And who knows? Perhaps it’s out there right now. Waiting.