It’s all glitzy neon and flashing lights in Yakuza 0, people in suits and waistcoats mill around the streets barking advertisements for their stores and inviting businessmen into the bars to drink with  well-dressed women. The finest sushi is paired with an array of booze. Bars offer karaoke machines to every patron, each booth its own private singing club. The streets of Kamurocho are packed with pedestrians, flitting to and fro in the city of glitz and light, and Kiryu is punching a man halfway to death in an alleyway.

At the edges of alleyways and through the glowing doorways, the city has a great deal to do and see. Kiryu stalks these streets as he goes about his business, and around every corner is a building with a purpose. Restaurants are packed with foods to partake in, and drinks to imbibe. Punks stand at the street corner ready to fight. Bars are stuffed full of karaoke machines and tight-dressed hostesses. Ruffians stand astride a park looking for trouble. Telephone clubs open the doors to all sorts of lewd conversations with curious women. A drunk belligerently challenges passersby to fistfights. A gaming arcade beeps cheerily in the night with claw games and the hottest new release, Outrun. Three men in dark suits press their expensive shoes into the face of a victim on the street corner. Businesses are available for purchase, promising to lead to a burgeoning real estate empire. Kiryu stands at the precipice of it all, caught between a lavish life to lead and a never-ending gallery of fistfights.

The fictionalized city has a great deal to see and explore, but in the margins of all of the things to see, places to visit, food to eat, booze to drink, and mahjong to bet on, there is a group of people milling around, waiting to pick a fight. Kiryu can hardly walk for a minute without someone yelling after him as he passes, or a handful of men blocking a narrow alleyway, looking for a reason to throw down. Conflict comes in all stripes, but in Kamurocho, it holds no punches. Be ready to fight. 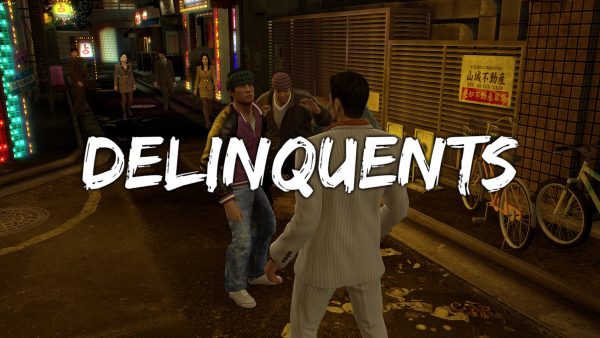 Games in general have a certain exhaustive obsession with combat. Physical conflict is the bread-and-butter of the videogame, and it makes interactions intuitive. Identify enemy, acquire weapon, combine, shake vigorously, and ta-da, the recipe yields hot and fresh combat that tastes of victory. Easy enough.

For some games, this mechanic is all that really needs to be there. Even within Yakuza 0, the arcades’ Space Harrier cabinets never explain why the player is running through polygonal fields exchanging fire with monsters. The journey is never explained, and frankly no explanation is really necessary. Dodging, shooting, and success are their own rewards. But while Kiryu feeds the machine 100 Yen coins, it can be hard not to realize that this interaction is one of several available to him. Space Harrier offers no alternatives, and the experience is punchy and challenging and fun, but it’s not a game that lasts very long. A few coins, a few minutes, and life goes on.

In some games, the range of mechanics gets wider: conversation options, morality judgments, minigames, music to unlock, collectibles to pick up, and upgrades to buy. All of these things stand as a way to broaden the scope of an experience, so there’s more to a game than just a lot of fights. Getting to dwell in the characters’ lives or explore the world through another’s lens is itself a compelling part of the play experience. Not all conflicts need to be built with the groundwork laid by fisticuffs and gunfire. There’s nothing wrong with combat, but it often plays too central a role, even when there are great alternatives. 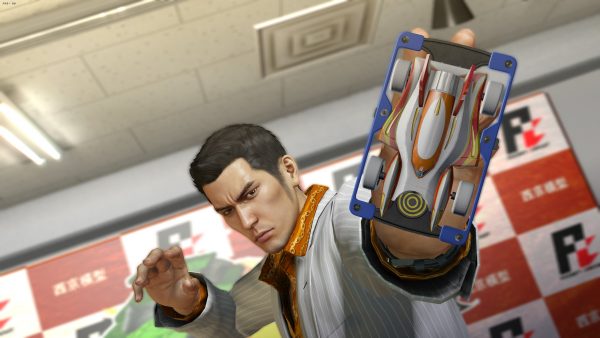 Hosting a duo of glitzy cities with lots to do, things to collect, people to meet, sushi to buy, booze to down, and crane games to play, Yakuza 0 also has men at every corner waiting with bated breath for a target, and the next opportunity to catch the player in a dark alley and settle in for some good old-fashioned fisticuffs. With so much to do, it feels like there’s a living, breathing world just asking to be explored and interacted with, but wait, first these hooligans feel like a scrap. With so much more world out there, it almost feels like the violence should taper off—some guys are accosting a woman, fighting is the only way to make them stop—since the characters get so much more to do than just throwing hands hour after hour. Being something other than lowly yakuza muscle should open the doors to see the world as more than a—three men in leather jackets square up to fight—long string of conflicts.

After slamming a man’s head into the bricks, turning another’s elbow inside out, and shattering a man’s spine on a bike rack, for hours, violence should by now be less omnipresent. Kamurocho waits forever in all directions: gambling, gaming, gourmet, and gachapon are all available just down the street. Since missions often devolve into scripted fights anyway, there’s no threat of combat disappearing. Just before this alleyway fight, Kiryu was perhaps on a date at the theater with someone he had met at through telephone club. Or had just finished an hours-long marathon session of Outrun in which he’d finally gotten to see some of the late-game scenery he’d never seen before. Maybe he’d just finished a mission in which he’d already done an exhausting amount of fighting. Perhaps what he would be best served by is just a lovingly cooked beef bowl before his next brawl. Instead, men with knives stand in front of the restaurant. C’mon, guys, there’s more to this world than violence. There’s more to do than packing the nearest emergency room with bodies suffering from shattered limbs and missing teeth.

Breathless fury is instilled in men that charge, five at a time, but the fighting really could use a break. I want so desperately to sink into this world, even just an hour of uninterrupted and childlike wonder before it gets back to men with brass knuckles waiting to externalize my internals. Besides, I haven’t gotten to dance to this song yet. Though you’ll need to give me a minute to catch my breath—I just slammed a rich guy’s head with the door of a Ferrari. 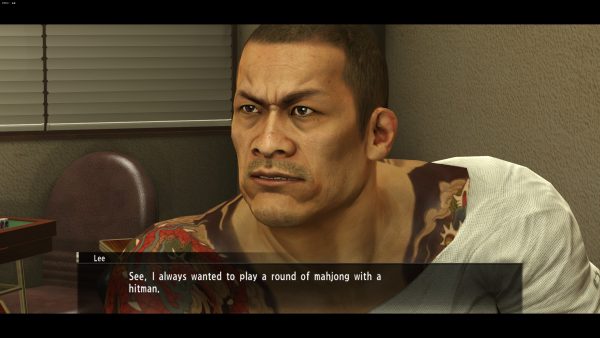 Tags: Yakuza
← Due Diligence: A Boilermaker and His Helper
God of War, Unforgiven →