Taylor Hidalgo speaks in a way not everyone will understand.

I don’t know how to talk about games with people who don’t play them.

In theory, I can summarize the game’s narrative, and talk about what kind of experience a game’s mechanics are meant to give players, but there is a gulf between understanding what a videogame is meant to evoke in its players, and intuiting what a player experience is like. The former is something that can be read in nearly any Wikipedia article; the latter is difficult to experience without having first-hand play time and knowledge in games.

Part of the issue there, I believe, is in literacy. Games have had a lot of time to develop their language. Not just the words used, the internal verbiage of enthusiasts and specialists, but the nature of how information is communicated. Most anyone who’s browsed an esports tournament stream on Twitch knows that individual genres have their own words—footsies, lanes, dropped combos, micro, resets, and so on. While that all of the information on screen is useful to players and fans, it isn’t always to casual observers.

Red bars are health, blue bars are mana, which is common enough across genres that casual players can usually grasp those at a glance, but yellow bars? Green ones? Not uncommon to see on a screen, but alien to many. Even the basic red health and blue mana don’t have easy analogs to explain to folks who don’t play games. A small red splash on the perimeter of an invisible compass set in the middle of the screen is immediately useful for folks in first-person shooter spaces, but not always to others. Those are almost always the only way a game conveys where you’re being shot from, with little other explanation.

Going a layer deeper, even the idea of menus conveying real-time information isn’t particularly easy to grasp. Players who’ve grown up with RPGs know to pay attention to status icons that appear at the edges of the screen, but often the little green drip is the only indicator to why a character would suddenly start draining health. Games are visually and audibly stimulating, but the other senses are inevitably abstracted into some icons on some distant edge of the screen, the threat foreshadowed by lingering green mist. Fantasy caverns will never smell poisonous. 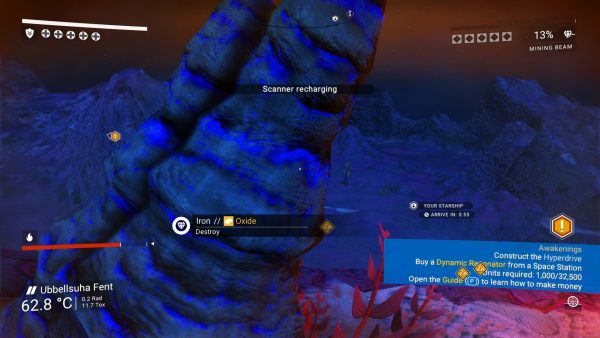 Then, there is the literacy of control. A prompt to press “the X button” will vary wildly depending on what the player’s input device is. The average Sony, Nintendo, and Microsoft controller will all have an X button, all in different places, and the keyboard has one too. If a player is settled in first-person camera, they will usually try to look with either the right stick or their mouse, but without tradition to dictate that expectation, it’s an arbitrary selection for why that particular item moves that particular part on screen. Any game can control any way, but the long history of games has developed a reasonably similar system for movement across titles and genres, and it’s a shared language that’s entirely invisible to those outside of game spaces. Why does the character move forward and backward, but strafe with left and right (or A and D) instead of turning?

Which is all to say that videogames don’t communicate well outside of their sphere. It’s an obvious statement: “People who don’t practice games have trouble playing games,” but still an important observation when trying to recognize why it’s so difficult to translate what playing a game is like. What makes games meaningful and why they’re increasingly worth discussing outside of gaming spheres isn’t easy to start a conversation about. The difficulty comes, in part, because of how little the literacy of games is discussed, broken down, or considered important.

What would be a good way to start dismantling all these roadblocks in the way of discussing games? How does one communicate their ideas, themes, and importantly, their experiences without running into the literacy barrier? Sometimes it feels like the very nature of criticism and evaluation in games starts with how competently a game speaks the language, rather than examining the game in a vacuum. There is room for technical critique and deconstruction, but perhaps not at the expense of everything else.

Try as I might, though, I have difficulty even fathoming how to discuss games in ways that don’t require at least a little foundational knowledge in their language. I don’t entirely know what subjects would be interesting to both the fluent and non-fluent audiences. Ostensibly subjects that deal with the very nature of the game language—enemy artificial intelligence and how it interacts with game difficulty, the nature of systemic morality and dialog choices, experiential things like mechanical flow, and so on—are going to be poor starting points since all these subjects begin with mechanical interactions. So my only concept of how to address these things are in experience—though that feels like it’s just journaling a digital experience, which is fine but shouldn’t be the only alternative to technical critique. 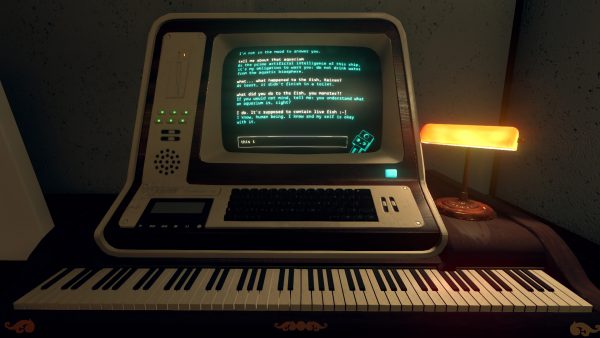 So how does one talk about games in a way that doesn’t require the foothold of a literacy in games?

I find myself thinking back on Event[0]. It is a game about exploring a derelict spaceship and communicating with the artificial intelligence that runs it, named Kaizen. Unlike a film, play, or novel, this game asks the player to use their own words to speak to the AI character, typing to him using keyboard terminals. The player’s choices in speaking to Kaizen affect the story in little ways unique to a player’s experience. Perhaps even integral to it. One could speculate about how a film’s dialogue might have gone differently, but picking your words and navigating Kaizen’s moods is something very special indeed. . Your words and actions belong to you, and are inextricable from your narrative.

In order to really interface with what Event[0] is trying to do, one has to experience the game. It could be summarized or explained, but unless you play it yourself you’ll never know whether you personally would have made friends with Kaizen or struggled along as begrudged shipmates. Any attempt I could make to communicate this experience feels to me like the equivalent of crude Google Translate paragraphs that get the gist but lose the deeper effect. A perfect translation doesn’t seem possible.

I wish I had better language to attempt it; I’m still not sure it exists.

Tags: event[0], videogames generally
← Opened World: Who Watches the Workers?
Due Diligence: That time I watched a nine-year-old play Fortnite for a week →