Taylor Hidalgo thinks about the other side of the coin.

Society is a two-faced coin. On one side, it provides civilized convention: a set of rules and expectations that provides a barrier against the worst and most selfish of human indulgences. On the other, convention normalizes that civility, establishing the status quo. It weaponizes opinions, broadcasts expectations, and demeans anything it deems lesser or unfitting. Society defends against the worst aspects, but it also upholds its beliefs. The quieter, subtler villainies benefit from that defense.

No one intends to be a monster. We never wake in the morning with the intent to do harm, or with the belief that we’ll hurt someone. We grow into it, bolstered by a society that normalizes our surroundings. Stereotypes build around our senses by reflex. The same way we learn our native language, we also learn our native society. It’s how we rationalize the world.

Everyone has exactly one personal history that begins the moment the brain records its first memory, and it remains unchanging throughout one’s life. These experiences make up part of who we are: they are the building blocks our minds use to compare against events in our lives, and it’s how we rationalize the world around us. It is the firm, unyielding bedrock on which all of our thoughts, expressions, and beliefs are built.

It’s also something videogames are especially equipped to address. Games allow their audiences to personally experience new histories, to live a life that has completely different expectations, and to make decisions based on those expectations. Exposition isn’t just explained, it’s experienced. It’s made an integral part of how the player invests in the story, and it makes gaming a medium that is particularly able to address a personal history in a malleable way. Games are ideally suited to molding an understanding of one’s historical life. 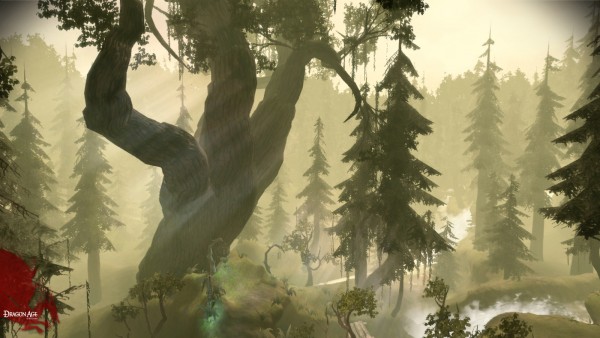 In Dragon Age: Origins, the player’s first interaction starts with a story. The game lays out the land, gives a sense of conflict, and leads to a character creation menu. The player, through aspects of their character, determines the person whose life they will inhabit. Players can choose between male and female characters, and among three different races: humans, elves, and dwarves. They also pick their class, passive and active skills, and their origin. Although many seasoned players will automatically begin calculating the class, skills, and statistics necessary to make an optimal character build, the truly interesting part of character creation is in the origin.

Determined by the player’s sex, race, and class, each origin is unique to that character type, and introduces the player to a history of that character’s life prior to becoming the heroic Grey Warden, the role that the player will take through a majority of the game. During that origin, and depending on the choices made in character creation, players will be faced with formative events from these characters’ lives.

For instance, if the player plays the female, City Elf origin, they will awaken in a grimy, muddy ghetto on the edges of a rich and prosperous town. It’s their wedding day. Although it’s meant to be a joyous occasion, it’s tempered by a sense of melancholy. Drunken storytellers and beggars line the corners, wooden bridges meet unpaved pathways, children stamp through the mud. Further draining the mood, she doesn’t want to be married, but must, by tradition. In the middle of the wedding, a group of human nobles interrupt to demand a group of elven women for their party. With no preamble, six women are collected to fill out the depraved sexual fantasies of the noblemen, and everyone is socially obligated to let it happen. Though her wedding is stopped, like she wanted, the cost is unbearably high. She, and the other women are taken, to be used and abused at will.

The young city elf (named Tabris) is forced to watch multiple elves get cut down and her husband die before her. Moreover, she will gut countless guards and nobles alike to get herself and who’s left of her fellow elves out of the depraved sexual decadence of a selfish noble. Even when he’s faced with the young elf, dripping with the blood of guards, the noble is quick to offer a bribe, “generously allowing” Tabris to leave without the other elven women. To the noble, elves are objects to be taken and used as they’d like, and the only “knife-ear” that is allowed any agency is one that threatens his life. Even at an elf’s sword point, he stills maintains that other elves aren’t really people. 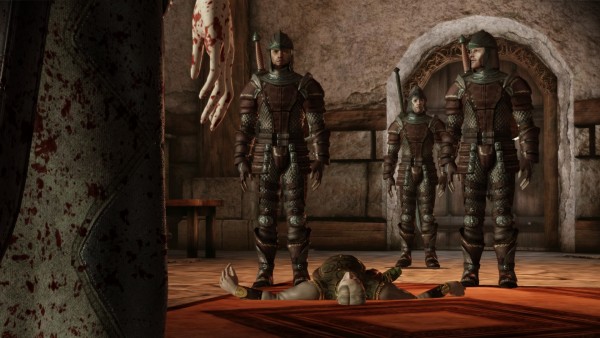 The squalor of the slums are all Tabris has ever known, and no matter how skilled or powerful this city elf will become on her adventure, she will never be equal in the eyes of some humans. She will always be a knife-ear, a lesser creature, and a widow of her wedding day by a human that saw less value in her elven husband than he did in a few copper.

If the player picks male human mage, however, they will find themselves locked in a tower, by force, and must learn magic in the secluded walls under the watchful gaze of the armed and armored Templar knights. They’re on the brink of the Harrowing, a ceremony that will pitch them into a dreamworld called the Fade. They must defeat the Fade demons that attempt to invade their bodies, or be killed by knights outside. Society fears the mages, whose power can grow too powerful too quickly. Indeed, their corruption could lead to the destruction of the world— at least according to the Templars’ beliefs. Mages are forced into this life, and they are watched with apprehension by outsiders.

For the human mage, named Amell, there’s a sense of nervous fear throughout the tower. His blood is kept on file, as are all mages’, and it will be used to track any mage that tries to escape. If they do, they are branded an apostate and will be hunted down and killed by the Templars. Even the trusted mages are kept under constant surveillance. The fear of dissent, even from the other mages, is often enough to provoke drastic measures, which may end with a mage being cut off from their powers and left to drift emotionlessly through life as an unfeeling automaton.

There is no future for a mage that doesn’t come at the expense of constant risk of abduction by demons attracted to the power of their magic, or  the abject fear of anyone else that they may have already succumbed to the horror of demons unknown. Just as there is no future for an elf, stuck forever to be the lesser class out on the edges of the city; they are kindred spirits, connected by oppression. 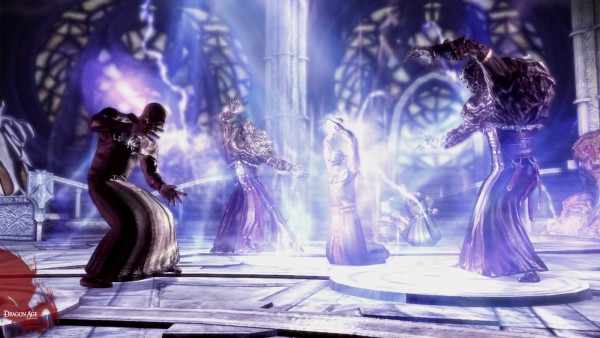 Whether by race or religion, these are histories to which most people will never have access. I could never know, otherwise, how it would feel to be ripped away from my life at a moment’s notice for someone else’s sexual pleasure. How could I? Nor will I ever be treated as reflexively suspect as a mage would be. To a modern society, lobotomies are horrifying. To mages, it’s a very real, very possible future. Never in my wildest dreams could I have personal experiences like these, but in some small way I have. Not to the fullest, dirtiest, bloodiest inevitability, but they’re a part of my life now.

As players, they’re histories shared—the injustices that these characters face aren’t just for the characters to experience. They’re lived in personal detail, giving the player enough information to understand the background, and then made to live through part of it as well. The things that happen to Tabris and Amell become personally empathetic, a history of injustices that the player is part of rather than just privy to.

Games are gateways that let the player into worlds and roles, ways to explore not just a new world, but also a new life. With that new life comes more than just scenery. It also brings a personal history made up of things that the player has lived and fought through, made up a part of who they are, and leaves an experience that’s far more personal than just words on a page or pictures on a screen.

When we close these gateways, we bring with us a new lens through which to examine our own lives. This empathetic quality reveals the things we take as a natural part of the world can be more socially built than objectively real; showing a way to look at the monsters on-screen with the realization that they could be us, separated only by a slightly different set of circumstances.

Although they’re entertainment, things perceived to be built for little more than play, games are oddly deft at giving perspective. True nuance can hide within the confines of such playthings. Playthings like the elves, perhaps, whose bloodied bodies lay on the floor among the scattered coins of dead guards. Games don’t mince words in showing us this, the value of the human condition as illustrated by a coin:

A bright, beautiful face showing all the majesty of human society on one face, and blood on the other.