Taylor Hidalgo plays more with the menu music than the high level content.

In terms of actual play, games are about mechanics. Their structures, their narratives, their graphics, and their interfaces exist in service of the mechanics: finding ways to make playing the game more engaging, the actual activity of interaction more indulgent, addictive, or interesting. Games are about finding ways to encourage players to explore and spend time with the mechanics. This doesn’t devalue the hard work that goes into designing a functional aesthetic, but the very act of play requires a game to have rules, systems, and structures.

After all, the very act of how a player interacts with a game has long been described as gameplay.

A game’s quality is arguably made or broken by how well the mechanics gel with players. Likewise, the quality of the player is often argued to be a function of how well they gel with the game’s systems. In competitive games especially, players are expected to have a solid grasp of the mechanics on an intuitive level, as well as the ability to apply the most effective or convenient techniques. Even outside of competitive play, a player will inevitably internalize a deep grasp of the familiar mechanics in games. Whether that means intuitively using and understanding a control scheme or knowing how to navigate the majority of menus shared across genres, players will slowly accelerate their pace through every aspect of a game the more familiar they become with the game’s mechanisms.

Which is a natural part of human intuitivity. Humans learn their processes, find ways to improve the efficiencies in their systems, and steadily become faster, better, and more capable in operating these systems. This is true in all things, not just with games. 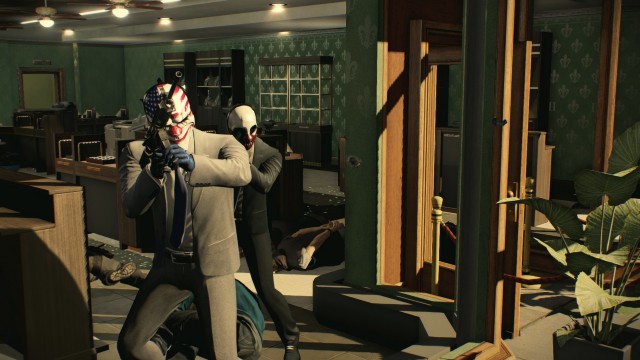 However, unlike in most other repeatable processes, games are inherently designed to be fun. Their central mechanics exist to encourage the players to play. However, for players who have been interacting with various iterations of the same concept for years and inevitably finding countless shorthand methods and shortcuts in games and systems, there exists a need for progressively more and more challenging systems that offset the copious benefits the player has come reflexively to work with.

In Payday 2, this is illustrated by the types of difficulty for the missions. As the players choose progressively harder missions, the guards become more plentiful, and the police get progressively more armored, carry heavier weapons, and bring more and more violent tools.

Building challenge, then, becomes a function of making systems aggressively unintuitive. Every risk has to become a great risk, every enemy becomes more powerful, thinks faster, and inhumanly capable. Whatever “fairness” a game is originally balanced for loses something when stacking the systems against a player. In order to overcome a player’s instincts for controlling the system, the systems have to become decidedly sadistic toward the player.

For some players, this is a natural part of a game’s progression. Enemies get harder because the players play better. Techniques that worked previously, like shooting cameras, stop working. More guards in circulation makes it harder to kill or neutralize the guards safely. But, players have better weapons, more tools for stealth, and more abilities to brute force missions. The systems become more obtuse because simple systems became exploitable. Challenges multiply because single obstacles are made irrelevant. For other players, this can become a mounting series of hurdles, putting difficult tasks in front of a player who is already struggling to stay afloat. The ideal mixture of challenge to player ability is a nebulous line, blurred by all manner of variables, depending on player strengths, weaknesses, and familiarities. Some games ease this for players by introducing systems that bolster the experience for the less familiar, but the more depth a game can have, the larger the player skill gap will inevitably become . For the advanced players, a game almost couldn’t be any other way; for the simpler players, the game should try to be anything but. 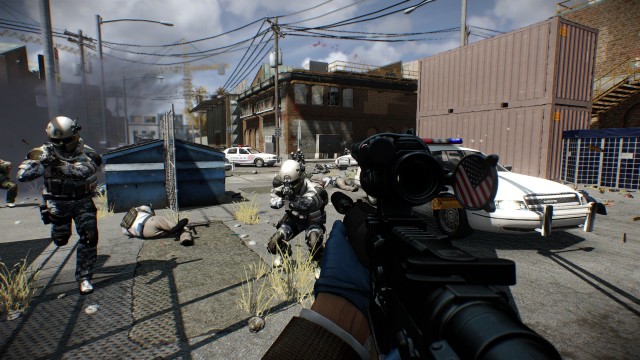 Games, however, do a very bad job of bridging the gap between the two types of players. Players proficient with the systems are used to a certain pace, one that depends on a player’s ability to operate highly efficiently within the system, and players outside will rarely get the practice and experience needed to work the systems well if they become locked out of the game due to the systems being too unforgiving. Players familiar with the systems, likewise, have difficulty shifting the scale of their play to suit the other players. Further, the more a game imposes a particular type of play, the less a player “plays” the game and the more they must work to effectively resolve the conflicts. Players play less as they become better at a game; instead, they work the systems.

In that constant escalation of systems and challenge, long-term gaming can turn games from something playful, fun, and exciting into something rote, familiar, and systematic. A player who spends extended periods mastering these systems can inadvertently make games less fun, and instead more systemic. Both for themselves, and for others.

On Payday 2, higher level players genuinely find no benefit from running lower difficulty missions. The experience rewards are meager, the monetary rewards almost aren’t worth the expense of running the mission, the time investment might be better suited to higher difficult missions. At that point, players will run the missions that are most rewarding. The challenges become about having a single, consistent, repeatable pattern or formula that works for the mission type, and running them as efficiently as possible.

There isn’t anything wrong with that, though. Games are meant to played, and if a player’s playstyle involves being highly proficient with systems, as with many MMO players, more power to them. For some players, though, it might also mean slowing a game down, playing more simply, and finding ways to enjoy games that aren’t as complex, nuanced, or systemic. There’s nothing wrong with that either. But as long-term players, it can be easy to forget sometimes that games aren’t just for players who know the menus, the inputs, the controllers, and the systems as a matter of reflex. Games, like the systems they’re built upon, rely on the mechanics. Sometimes it’s worth noting that those mechanics can support all types of play, not just the most efficient.

After all, what are games meant for if not play?

Taylor Hidalgo is a freelance writer, ever longing for work. He’s a fan of the sound of language, the sounds of games, and the sound of deadlines looming nearby. He sometimes says things on Twitter and his website, and has a Patreon if that’s your thing.

Tags: Payday 2
← Due Diligence: Far Cry 4 Doesn’t Scare Me Any More
A Farewell and an Invitation →