With the sun glaring down from mid afternoon height, the rock faces around me glow with the beating sunlight. Outcroppings of weeds and debris litter the rocky pathway, dry and ragged in the desert sun. Just out of view, I can hear rocks scuffling away from the feet of another traveler or a member of the indigenous animal population.

Despite the remote location and the small hints of overgrowth and entropy taking hold, the pathway seems unnaturally well-maintained. There’s overgrowth and weeds, but nothing obstructive. It appears natural, but with an uneasy tint of postcard perfection. Given the day’s trek to get to the summit and the countless hazards along the way, the resulting views are almost worth the herculean effort to climb to the top. Nevertheless, when I reach the zenith and look out over the railing, I can’t help but feel a little disappointed with the view. Even with the UI off, the draw distance turned up, and anti-aliasing set to high, everything still feels unnatural.

As vast as the sprawling world of Fallout: New Vegas is, it still isn’t quite alive enough for me to consider myself part of the adventure. Standing atop the highest point of a perilous mountain and looking down over my conquest, the only triumphant wind that whips against me is the cool breeze from my air conditioner. When my Courier takes aim against the dangerous animals that prowl the wastes, the most dangerous beast in my actual vicinity is probably my cat. The tension should be bountiful and real, but instead, I know I’m just sitting in a leather chair listening to the radio.

This sense of alienation has contributed to me always feeling like something of a foreigner in games, especially those with open worlds. These places are built to be explored and consumed, but not to be lived in. They’re alive only in the sense that they’re full of things to be played with: NPC dialog to be listened to, quest lines to be completed, and hundreds of smaller problems to be solved. It’s all manufactured, like the adventure rides in theme parks; there’s nothing really to do there except to be catered to. It’s a living space for the game’s characters, but not for me. 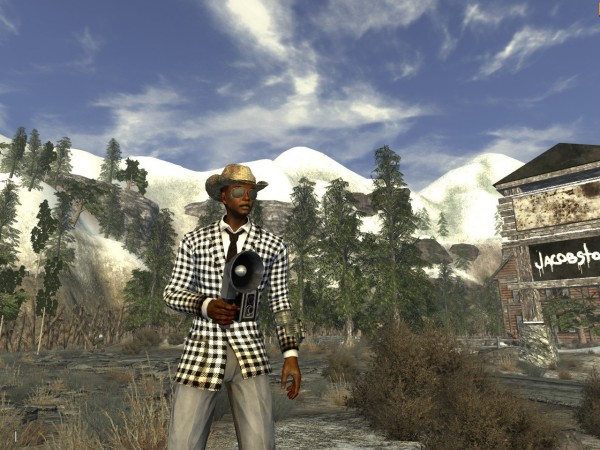 Even though games like these allow me to buy property or converse with the locals, I’m still very much a detached participant, somewhat like a tourist at a resort. Everything that happens is built with me, the player, in mind, a little slice of planned luxury that guides us through an experience, giving us something that was thought through at length and whose bounds can’t really be pushed without the system pushing back. For instance, NPCs’ range of conversation is limited to the system’s intents. Quest NPCs will have some dialog and personality, but most passersby will all draw from a common pool of phrases. Interacting with even major characters will produce a pattern, and, once it’s exhausted, there’s nothing more to be gleaned. It feels like the potential is there, but it’s just out of reach. By design, NPCs give the impression that they could talk to players forever, when in reality they can only recite phrases they already know.

In a way, this is similar to being a visitor in a country where you don’t speak the language. Sitting at an outdoor bar in Mexico, for instance, generally limits the speaker to a small range of English interactions. “Do you have lemonade?” is the sort of phrase that would evoke a simple yes or no response; the system is built for that. However, introducing a joke like “How much alcohol can you legally put into my Bloody Mary?” isn’t something that’s as easily accessible. To the bartender, it presents a layer of complexity in English that is beyond easily learned vocabulary. However, in Spanish, there would be a wealth of personality that can reach beyond simple bartender-drinker interactions and make the whole exchange much more sociable and interactive. To a tourist, these language barriers establish a remoteness, an inability to push beyond the systemic confines.

In a game, there are no language barriers, but the game’s systems limit players and NPCs alike. NPCs stare dead-eyed at the Courier as they speak, with physical motions or verbal tics taking a backseat to transmitting information. In combat, party members obey the orders of the Courier, even characters whose entire personalities are built on being self-sufficient or subscribing to a different mindset. In New Vegas, strong-willed and smart-mouthed companion Cassidy is always quick with a quip at the expense of the Courier, but outside of a few very specific, scripted situations, she’ll follow all orders without a moment of hesitation. She’s smart, well-learned about the wastes, and is the only companion to require a Speech or Barter check, but she is still utterly subservient to the player’s needs. Even characters with the most personality, those with the most potential for conflict and drama, ultimately function as service staff. 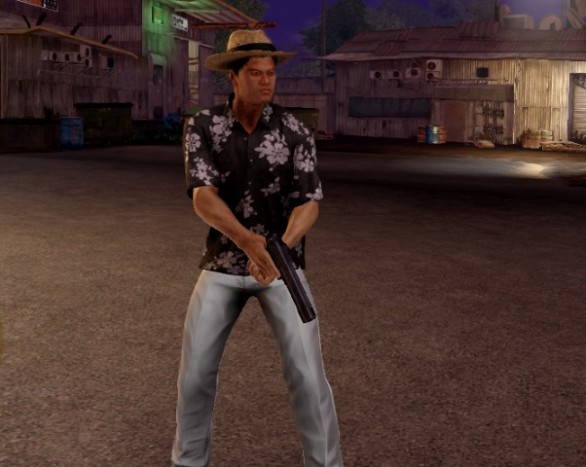 Because of these strict limits and how little opportunity players are given to break free of their bounds, games start to feel like digital tourism. You’re given a wide world to explore and experience, but one that is carefully manufactured to feel and be a certain way. It enables some emergent play, but even when new experiences emerge, they will always end in a singular, pre-made outcome. Like visiting a petting zoo, your experience will be unique to you, but at the end of the day, everyone can only pet the animals that were put in the pen.

Nowhere does this feel more evident to me than in New Vegas. The world pretends to be alive with opportunity and activity, but it’s an illusion. The prowling monsters and roving bandits all await your arrival like the costumed mascots of a theme park. That gang threatening to ransack that small town will hold off until you wander by, whenever you get around to it. Entire towns and villages will be perpetually plagued with problems until the player solves them at their leisure. Meanwhile, the world’s inhabitants will carry on helplessly; not only is the Courier the hero of New Vegas, they are the only hero. No one else will be. The world will wait for them, as long as it takes.

It’s as though time is frozen for everyone except the Courier. In addition to the nonessential timeline of quests, this is reflected literally in the dialog. Everything stops the second an NPC feels they have something to say, bullets suspended perpetually in the air, molerats hovering mid-lunge. It feels unnatural, a quiet space away from the reality of everything around it. It’s an enduring little pocket of quiet and calm amidst a sea of chaotic entropy. This pause is similar to the picturesque mountain, or the promise of quiet days on the beach and stress-free weeks of vacation. There’s an uncanny, unnatural stillness that reality cannot penetrate. Ultimately, nothing is urgent. None of it is real.

The limitations of the systems and their artificiality makes it all feel distant and unimportant, even blissfully so. If something appears to go catastrophically wrong, like a character dying or a town exploding, reversing the consequences is just a new game or quick load away. Nothing really has weight or importance; with a few keypresses or a short menu hop, it all can be made new again. Like going away on vacation, or taking another ride on a giant roller coaster, games are a world to take a trip in, to be a tourist in, a world where the most pressing decisions are pre-packaged. 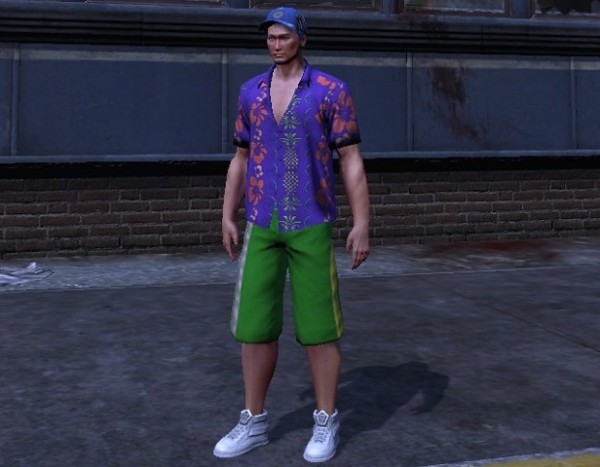 Perhaps as a result of feeling so much like a tourist, I’ll often dress my customizable characters in New Vegas and other games to look the part of strange out-of-towners, putting them in bright shirts, straw hats, white pants, and socks with sandals. As my avatars, they end up becoming the same kind of tourist I am: meandering the wastes or conquering mountains with disregard, expecting that no matter how rough the challenges pretend to be or how significant the threats masquerade as, at the end it’s still just a guided, scripted experience in a pretty, glitzy, foreign land. So I go all in, accepting my role as a visitor and participant. Like picking chicken instead of pork at the buffet, it doesn’t matter because there will be the same choices again tomorrow. It’s a pre-built world for my consumption, so I consume voraciously. I dress the part and dive into the spirit of it. It’s not my world, but it is a world for me.

With that in mind, I swig another Nuka Cola, the UI informs me that another cap has found its way into my ballooning burlap sack of post-nuclear currency, and I shuffle back down the mountain in search of a new attraction to try. That radar dish on a mountaintop looks interesting. I wonder if they serve fruity drinks with colorful mini-umbrellas in them?