Art Tickles: Defined by Their Exception

Taylor Hidalgo studies the distinction between films and games.

I genuinely and firmly believe that David Cage missed his dream of becoming a film director.

With his studio Quantic Dream, he has seemingly spent as much time experimenting with short films via game rendering engines as he has actually developing games. Interspersed in his development process is a clear love of film—both as a language for communication and as a style of narrative—clear in both some of his short films and also in how his games are designed. Indigo Prophecy (or Fahrenheit in most non-American regions) began with a tutorial introducing the player to a digital David Cage, and illustrated the tutorial as a film’s set on the first day of shooting.This image was later repeated in The Dark Sorcerer short film linked above. In brief, there is something about David Cage that suggests he missed the bus on becoming a film director, but never let it alter his dream too much. He just develops game-films instead, with a mild approach to interactivity, and wrestles with game mechanics until he makes the films he’s always dreamed of. Just with players joining in via controller.

I don’t really like his games. I’ve played through Indigo Prophecy, whose ending and failure to live up to its intended premise disappointed me on an enormous level. I’ve seen much of Heavy Rain played out. I’ve watched as review scores landed firmly in mediocrity for Beyond: Two Souls. And I’ve seen trailer after trailer of Detroit: Become Human that seem like they’re pointing toward yet another quasi-theatrical experience tempered heavily with Cage’s eye for filmic splendor but lacking the magic that sells me on the premise of a game I want to play rather than a film I wouldn’t mind Netflixing.

I don’t particularly like David Cage, and I’ll likely keep believing he should become a film director.

Though for as much as I criticize his (to me) strange fixation on the language and visual style of cinematography, I don’t think I’ll ever honestly begrudge its use. Though he applies it dutifully and universally through videogame hardware, Cage has a practiced eye for the language, and a deftness with which he composes, blocks, and unveils a scene beyond the player’s hand is something I think really works. Take for example a scene early in Indigo Prophecy, in which the protagonist is hiding evidence of a murder he unwilling committed while picture-in-picture shows the New York police officer banging on his door. His ability to manipulate the watcher’s eyes and poise his spectral cameras in very cinematic places is a laudable skill, particularly for the way it never interrupts the game. He handles this so fluidly I don’t think it occurs to many of his players how effortlessly he’s doing it. Bouncing between narrators, as one would find in Heavy Rain, isn’t something that games do terribly often, but having the camera snap from narrator to narrator gives Cage plenty of room to hide context right under the players’ noses, all without losing what makes the game function. 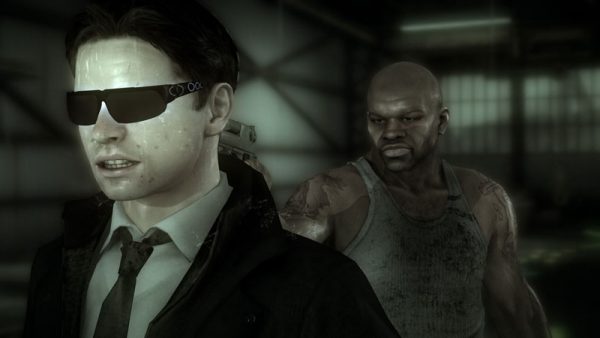 Something about Quantic Dream’s games always leaves a feeling of having been designed laterally, as if taking existing techniques and ideas and applying them to something they weren’t built for. Not necessarily poorly, nor apologetically or timidly, but like a New York highrise being worked on with bamboo scaffolding. There’s nothing wrong with the techniques in play, but they feel like they’re in the wrong place, transplanted by someone who cares more for the technical result than the established conventions. David Cage makes games for David Cage, and when I find joy in them I do so not because they’re built on a foundation that makes great games, but on a foundation that makes David Cage games.

These thoughts come following an Ian Bogost piece from months ago that suggests that videogames would be better without their stories, a perspective that has seen an avalanche of disagreement across editorial pages and Twitter conversations. In short, Bogost’s main point is that games that labor on narratives misunderstand the medium and waste so much effort trying to become something they could never be. Bogost suggests that games shouldn’t focus so much on stories, because as a medium, they can do other things better. Mechanical things.

Even if we generously assume that Bogost is right, we would still need David Cage. He is and will to a degree always be a filmmaker more than a game developer. I don’t begrudge him for his choices, but they do strike me as trying to use a medium in a “wrong” way—much the same as what Bogost is suggesting in his musing on What Remains of Edith Finch. Despite the flaws in his work, though, I genuinely think that gaming as a medium would be lacking in something if it weren’t for David Cage. Every time he casts the player in his movies, he stages what amounts to a philosophical wrestling match with the limitations and definitions of what a videogame can be.

In contrast to my earlier opinion, sometimes the best definitions of what a thing could or should be are the exceptions. The formula for what makes a “good” game should obviously be in working with the strongest aspects of the medium, but games that purposefully defy convention can become personal favorites. Sometimes what makes a game great can be the way it leans into what games do badly.

Games don’t absolutely need bizarro creators like David Cage, but they kinda do. Games don’t need cutscenes longer than an hour, but they certainly wouldn’t be the same without Hideo Kojima. Games don’t need to put players in the position of doing a tired, thankless job full of misery, but Papers, Please needs to exist too. Games may not need stories, but people don’t really need fine wines and well-done steaks. There would be far fewer exceptional games if we were never willing to break the rules. 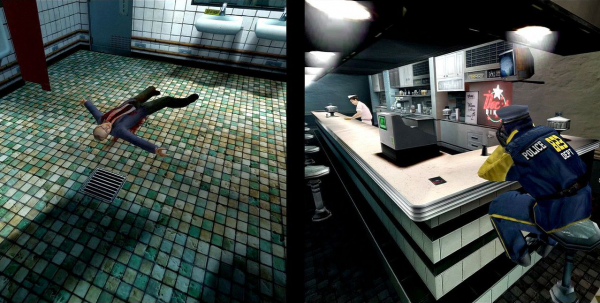 Sometimes it’s okay to throw optimal techniques out of the window.