Taylor Hidalgo finds the things most worth chasing have the smallest rewards.

The battlefield is chaos, with rounds screaming overhead and explosions ringing nearby.

Thunderous rounds hammer into the walls and ground, showering the area in particle effects and splinters. Opposite the map, two teams square off, showering each other in round after round of 7.62 NATO. Grenades detonate frequently, skipping shrapnel across the concrete while filling the air with smoke.

Amidst of all of this is some central conceit, some purpose to all of the gunfire. Perhaps the intent to capture something – a flag, a token, a hostage, or maybe intel –  from the opponent’s base of operations, or conquer enough enemy units to secure the location. Whatever the reason, the players rarely seem to pay it much attention. For them, the ideal meaning lies in the shooting, the explosion, the interplay between the players. Everything else, however well-balanced, specifically designed, or cleverly implemented, is just set dressing. 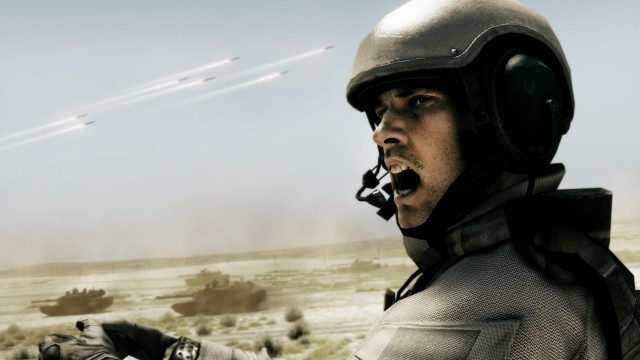 For most multiplayer shooters of this description, there’s a button that shows the players a scoreboard, a metric for which they can judge their ability and superiority against their peers. However, in a short few minutes, this scoreboard will disappear, and all of its accolades with it. It will become a phantasm with a fleeting sense of purpose in a sea of loud noise, sharp reflexes, and inevitable death. It’s all ephemeral: a ghostly haunt of purpose that lasts only as long as a few lives, and is gone in an instant, with little more than the briefest fanfare to announce its passing. When the round rolls over, the battlefield comes back into focus. Everything that came before it is gone.

By their very functions, multiplayer shooters like these are an exercise in chasing butterflies. It serves no purpose, has no final tangible reward, and simply exists to occupy time and attention. Once the scoreboard clears at the end of the round, the past experience in its entirety becomes a moot point. Outside of the living memory of the players that played in the previous round, the game that came before has no bearing on the one that follows. Each game is its own closed system; by the far end of it, nothing really gets accomplished. It’s a distraction, ultimately, serving no higher, deeper, or more vast purpose. 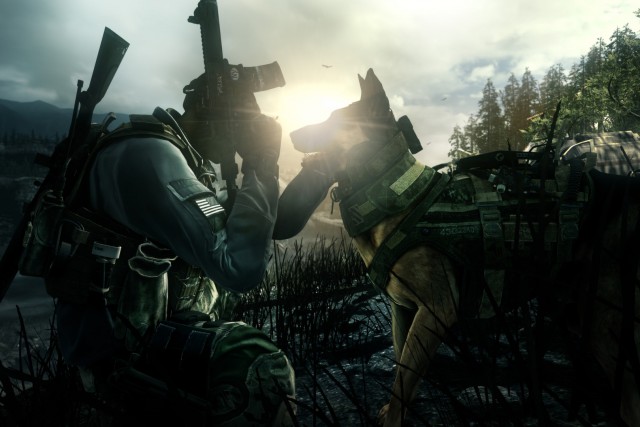 While first-person shooters are often criticized, and deservedly so for their communities, they do have an intuitive grasp of the sheer sense of play that should accompany games. Their goals are fleeting, simply a goal to give the mechanics context and immediacy, but beyond that, the game exists to be played over any other purpose.

There are nearly no narratives beyond those players create organically. The details strewn about the map and character designs are built to convey information far more than they are to tell a part of a story. Colors, costumes, and graphics all serve to help provide information quickly: blue or green, friendly; red, hostile. The thick wooden crate communicates the clear purpose of a place to take cover. There is no excess, no extravagance. The main and almost exclusive purpose of everything in the map is to have some sort of tactical purpose, to give industrious players ways to ply their personal advantages.

However, it isn’t these qualities that makes the games great, nor is it their mechanics that make them exciting or enthralling. It’s in chasing the of butterflies that first-person shooters do their best work.

There really is something magical in having the freedom to enjoy a mechanic, however one would like, in an approximate vacuum. Whether that means going into every gunfight with the best equipment and the most gusto, lingering along the outskirts of the battlefield trying to read the warning sticker stuck on the back of the military transport truck, or giving meaning to stealth-based characters even if it results in a low kill count or a negative kill-death ratio. Even the most tragic mistakes are just a few minutes away from emptiness, from falling into the void before being replaced with new opportunities. They aren’t just games about mechanics, but games whose mechanics allow the players to intentionally abuse them. Or disabuse them.

By its very nature, getting to chase butterflies means that games don’t have to go consistently well. They don’t even have to be played normally. With enough patience and clever strategy, they don’t even need to be played at all. There is a perverted sense of pleasure in playing a shooting game without once firing a shot. The mechanics allow for it, and the ability to be able to snap right back into the game the next time the round ticks over means any time spent chasing butterflies is time well spent, so long as the player has fun.

So, thrown into a chaotic battlefield full of gunfire, explosions, and death, sometimes it’s worth it to take the time to turn tail and chase the butterflies. It’s as much fun as it looks.