Taylor Hidalgo doesn’t want to be a gatekeeper.

Watching a toddler learn to walk is, at times, frustrating. Their balance—which comes so reflexively to almost every non-toddler on Earth—makes their shuffling gangly and awkward. For every successful attempt, there are at least a handful of stumbles, flops, and falls. The mechanics of walking are so reflexive that they require no effort once learned, but the actual learning is the most critical part of the entire exercise.

Many of us learned to walk decades ago, and all of those trials were too rudimentary to be worth consideration in later years.

Most adults don’t have specific language about how to walk. Walking is easy, so technical language isn’t really necessary. However, anyone recovering from a significant leg, back, or neck injury knows that the road to walking can be a very painful, very effortful, very exhausting trip back. Gaining the skill, understanding, and foundation necessary to do literally anything else stems from that first successful walk. Everything that follows requires clearing that first hurdle.

Gaming cultures are a strange land for many. Our passion has prerequisites: learning the canon and its pantheon of characters, understanding minimum system specs and framerates, provable passion, a technical competence of controllers and keyboards. Kill streaks, git gud scrubs, total noob, new toons, GG, roll for initiative, ez, level up, F to pay respects, and additional pylons needed.

WASD means next to nothing to those outside of gaming spheres, but its importance is easy enough to understand as long as one understands how to move in games. The D-pad on a controller is analogous enough, for instance. But outside of that knowledge, making sense of moving one’s legs and head independently takes getting used to, and so does learning that W is to walk forward while A sidesteps rather than turns. 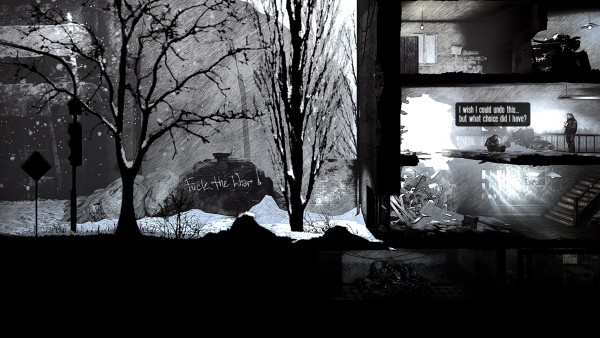 Many of us learned to walk decades ago, and all of those trials were too rudimentary to be worth consideration in later years.

In order for games to become meaningful as a piece of media to non-gaming (or less “core” gaming) audiences, the way they’re developed, consumed, and discussed needs to change. There will likely never be a Citizen Kane of games as long as the barrier to entry is couched in insular cultures, impenetrable vocabulary, and a lack of a good bridge between Tetris and The Last of Us. In order for games to reach beyond the tight confines of a very niche gaming audience, the minimum acceptable knowledge needs to be a lot lower.

This War of Mine is a game about the collateral damage of war. The player controls a small group of survivors making a space for themselves without infrastructure—no power, no running water, and very little money—having to survive starvation, exhaustion, the cold, and bandit raids in the outskirts of a war-torn city. Survival depends a lot on successfully looting nearby stores, collecting weapons for self-defense, and building enough fortifications to survive other looters. The people surviving aren’t soldiers. They’re cooks, or journalists, or teachers, or lawyers, and they’re woefully unprepared for a war that isn’t about them, but is almost certainly killing them.

It’s about living a tragedy, becoming attached to the idea of humanity and having it questioned by very honest issues, over and over, until the erosion tears away at what humans believe about their own humanity. It’s also very easy to fail. The end result of a good game of This War of Mine is often one where at least one or two tragedies slip by, and that’s that. Good effort, but not good enough. Not all games can end with a perfectly happy ending. Sometimes the line between failure and success isn’t something a mechanic can offer. It’s important. This kind of message is important. 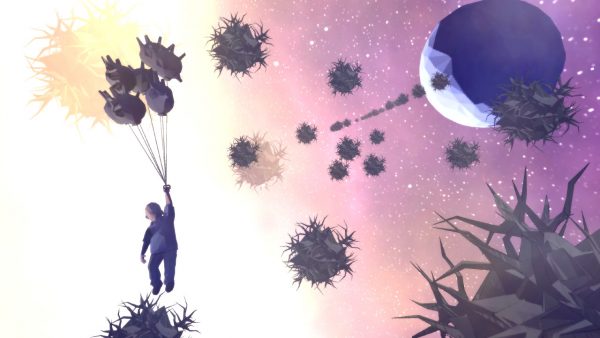 Being able to see the beauty in the tragically bleak monochrome of This War of Mine requires of course the idea that the game will be hard to play, emotionally, and be genuinely challenging, mechanically. That even though games are “fun,” it’s still okay to have a game that isn’t. There can be beauty in that, and it’s beauty worth experiencing, even if it’s just in a game. This War of Mine could mean so much to someone who hasn’t played it yet, but we can’t know that as things are right now.

That Dragon, Cancer is one family’s personal story, staged in vignettes, over their youngest son’s fight with cancer. As the game rolls on, the good options run out. Then all options run out. The parents both fight long, exhausting battles over coming to terms with the terminal reality they’re made to face, and each one is different, challenging, and awful. The entire journey packs a lot of exhaustion into an hour.

No part of the experience goes down easily. It relies so heavily on empathetic connection, to understand its protagonists’ plights at least distantly, and makes them so human by dragging the player through the mud. That Dragon, Cancer is hard to play, and isn’t fun, but it’s important. This kind of message is important.

That Dragon, Cancer does the equivalent of inventing a new color, and explaining it to its audience. Words like “love,” “joy,” “heartache,” “connection,” “depression,” and “misery” are hard to explain beyond their surface definition. They are often the subject of poetry, art, music, dance, theater, fiction… So many relying on abstract words to convey something whose technical definitions explain but often fail to convey. That Dragon, Cancer may very well hit exactly the right chord to teach someone something they’ve been desperate to know, but they don’t play games so they potentially never will.

Dark Souls is a game about the dead, the darkness, and the end of life. The story can only be found through long hours of practice, slow progress, and mastery through repetition. The game is about finding that failure is just a stumble, not a halt, and pushing beyond. There’s humanity at the core of this experience, but it’s at the mercy of a blunt hammer. Dark Souls tempers a certain kind of player, one who unapologetically indulges in the challenge. It isn’t a game for everyone, and at times it actively defies fun, but it’s important. This kind of message is important. 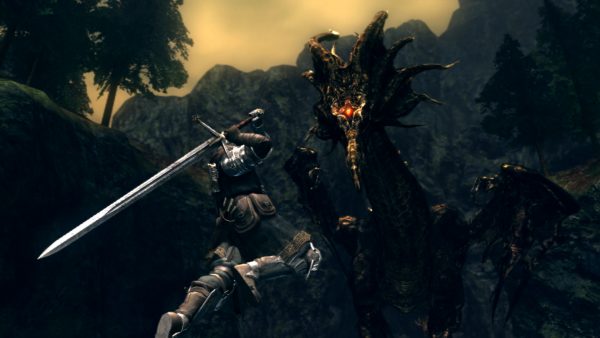 The ability to use a game that tears its players down through struggle, and lets them build themselves back up until they are unstoppable hellions of stoic reliability may very well be a balm for anxiety or self-doubt. Finding a way to make that struggle fun, even if erratically so, could very well be a form of therapy. Those who may find solace in with Dark Souls may be those never play games at all.

All of these games and more rely on a certain skillset. They all rely on understanding how to use a stick or a mouse to look around the world. Interacting with things by having a telekinetic rod that pushes buttons or lifts things noncorporeally isn’t intuitive. People expect to be able to say, “Sorry, I didn’t realize,” when they intrude by mistake, but that human reflex doesn’t exist within rigid game  systems. Being able to appreciate these games for what they are and aren’t requires, in most cases, an understanding of the broader context of games in order to see the bigger picture. Being able to appreciate them on a surface level requires knowing, at an above toddler level, how to walk.

Fostering a new audience might benefit games just as much as it benefits the newcomers, but they would never know without play. The best way to get new players through the gates could very well be something as simple as helping them learn to walk. Being supportive through their struggles, even if the thing they’re struggling with seems rudimentary.

Just press W. Walk forward. Take a deep breath through the motion, and don’t think about the mechanics too much. Games are a struggle to understand, absolutely, but when you do, there will be worlds out there worth the experience. Somewhere in games, there is a Citizen Kane or Schindler’s List waiting to be made the top of someone’s life experiences. And somewhere, likely outside of games, there is a Roger Ebert ready to paint beautiful pictures of them to build a brand new audience. Finding a way to connect those two is going to be hard.

Tags: Dark Souls, That Dragon Cancer, This War of Mine
← Due Diligence: Open Whaaa?
Building A Better Future →