Art Tickles: What Are You Doing?

I still feel bad for Greg.

His death was ultimately my fault, even though I personally didn’t kill him. I was in GTA IV, doing donuts on the beach in some old car — a metal-paneled Cadillac or a battleship of an old Buick — to see how the driving physics handled. I proceeded to accidentally run over at least five different homeless people huddled around barrel fires.

Murdering a handful of the homeless was bad enough on its own, but to get the police called on me did more to compound the problem than alleviate it. I attempted to clear the beach, perhaps to save a few more lives, but it was largely a fruitless effort thanks to my own frustratingly bad driving. Soon there were tens of squad cars tearing their way onto the beach, all-season tires performing terribly on the gripless surface of the sand. It was chaos; utter, lunatic chaos.

The police scuffled to ram my car into oblivion and stop me from accidentally killing more homeless, but the result was a shuffle of so many cars with so little acceleration control, that in seconds the beach turned into a singularity of engines, explosions, and more corpses. As the cars rammed into the water, the walls, themselves, each other, and my old Buick, more homeless people were run over; far more than the initial five. Cars caught fire from the damage of the melee, exploded,  and lit yet other nearby cars on fire. Damage compounded, and at the hands of various police officers and squad cars, more of the beach bums were killed, in addition to countless officer lives. It was a mess. I wasn’t immune to the damage either: I struggled for control in the tractionless conditions, and before long the Buick-tank I had been driving also caught fire. 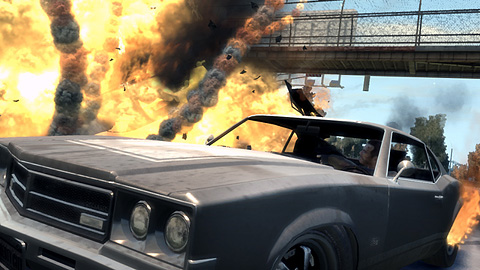 This led to a frantic hailstorm of bullets as Niko and I fled into the street, ready to rob someone of their sedan and run for the hills. As Niko opened the door, I spoke. “Hey Greg. How’s it going? How’s the weather? How’s the wi-” But before I could ask how his wife was doing, his windshield exploded into a spiderweb of cracks and blood. Niko ripped Greg out of the car. A single bullet hole sat directly in the middle of his head, right between the eyes.

I was amazed. A single stray bullet, a bullet meant for me, had brutally executed him.

It’s a tragic fate, and a feat of circumstance really, that managed to have the normally very citizen-serving police be the catalyst that slayed him. In the frantic struggle to apprehend a criminal and save the citizens, they took a man’s life when all I wanted was his car.

I still feel terrible for Greg, upon whom I cast a wife moments before he was killed and made her a widow. All from a moment’s banter while I try to steal his car. It’s the kind of micro-story that can only happen in a game. These moments aren’t the intent of the developer, nor are they really the intent of the player. They’re simply the results of a mechanic-driven narrative, a group of coincidences that result in a complete picture. The game didn’t have specific intent to kill Greg, even though they probably knew it was a possibility. It was my input that made the police behave as they did. Together the combined coincidences between what the game allows and the input I gave it killed Greg. The narrative that emerged was dependent upon my presence and interaction. Interactions and narratives such as these are only possible within games, where mechanics and players meet. 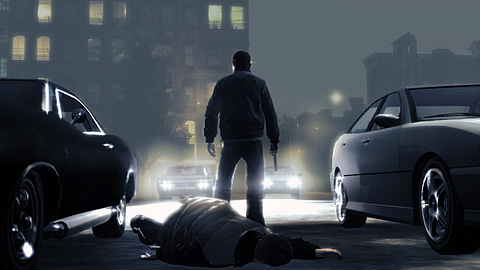 For as little as they are used though, the opportunities for mechanics to create these impromptu moments are bountiful, especially sandbox games like the Grand Theft Auto series. Any mechanic that allows the player to affect the disposition or presence of NPCs has the opportunity to alter internal narratives in significant ways. These haphazard emergent narrative moments alter the narrative delivery of the game and the perspective of the player. Layered on top of player agency, these emergent moments present a large number of ways for players to manipulate and understand the game environment.

Given that games themselves are the only formats that are capable of these sorts of narratives, it makes sense that there would be more of them. Games like Iji, for example, can’t exist in a non-game form because of how the narrative is structured. As mentioned in Players and Their Stories, the weight and impact of player decisions have to emerge within the mechanics, rather than being visibly presented, in order to make narratives like these strike home in the way they should. If it is clear the player is making a choice, the player’s ability to think through the potential outcomes and thus the impact of the choice are somewhat lost. Reflexive decisions are more organic, and feel much more personal for what they accomplish. A story like that is impossible to tell without giving the player choices to make mechanically, and letting the narrative unfold as it may because of it. 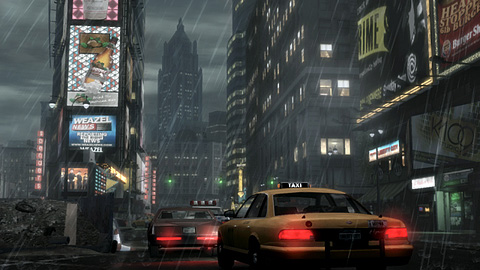 This narrative technique stands in sharp contrast to a majority of narratives, and specifically game narratives, which rely on scripting and pre-planned events. Emergent moments, like the one I shared with Greg, are rare because mechanic-driven narratives depend on precision Without it, music won’t play at dramatically appropriate times, lighting cues might be missed, or an ideal aesthetic tone might be lost. Without pre-planning, the entire composition of an event isn’t guaranteed. Even poor Greg above would have neither a name nor a wife save for the fact that I, as a player, elected to give him one independent of the game’s mechanics. While it would be nice to have more games generating narratives through interaction rather than scripting, the techniques for doing so don’t currently exist.

As they are written, stories have to have some level of control over the audience. Games have these guidelines built in: boundaries to prevent players from meandering out of the maps and play areas, or reducing the ways they can interact with the composition of the world or NPCs themselves. However, games have so much opportunity to defy their traditional barriers, and expand narratives to be larger, more varied, and generated both by the players and the developers. All it will take is someone figuring out a method of building a story that mechanics and players make together.

Even if the stories themselves are tragic. Poor, poor Greg.