The Map is Not The Territory

Your GPS beeps. Turn left. A little while later, another beep, another instruction. Finally a cheery bing announces that you’ve reached your destination. So yes, you’ve gotten there, (Congratulations!) but the journey hasn’t made an impact, it’s been reduced from exploration to the tracking of a marker on a screen.

Lots of modern games present beautiful wide open expanses, meticulously crafted by their designers, but too often fall foul of the same problem: the focus squarely put on the destination rather than the journey. In-game maps and compasses update with objective markers leading directly to whichever relic, thief, or pesky rat the game currently wants found, caught, or killed. Recent Far Cry entries have found their maps brimming with places to go and people to see, all helpfully highlighted with suggested routes. In doing this, these games effectively blind the player to everything else but their target, reducing the game to a series of glorified checkboxes, their carefully constructed worlds relegated to backdrops.

These games live with a conflict at their heart. On one hand they present vast, densely filled landscapes that beg for exploration. On the other, they have these markers, defining the destination and pushing the player onwards, casually dismissing the rest of the world as extraneous to the current goal. 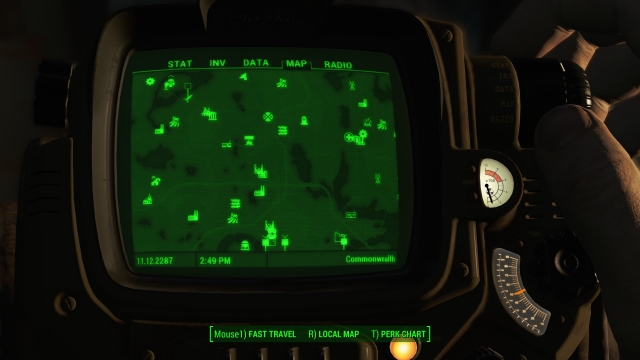 The simple solution would be to turn off the quest markers, leaving the player free to plan their own expeditions, meander, and figure out their own journey. Sadly taking this option often quickly leads to its own frustrations, quest markers having been woven into the very fabric of the design. Why bother having an NPC verbally communicate where they’re sending the player when the in-game map will automatically update as soon as they finish the conversation? Magical quest markers lead the player exactly to whatever they’re currently searching for, be it lost wedding ring or fallen God. They truly must be the chosen one. Well, either that or they’re clairvoyant.

The lack of information outside the system of quest markers is especially frustrating as the creators of these worlds have obviously spent long hours in crafting coherent, believable realities. Pathways join settlements and points of interest, and landmarks pepper the landscapes. Annoyingly this attention to the world is all too often at odds with the game itself shuttling you from point A to point B, offering no encouragement or even any means to go out and work your own way to your destination, using the world as your guide.

However, when the game systems sit back and let the world itself guide the player, encouraging them to navigate for themselves, a sense of real connection to the land is established. The player becomes immersed, routes to and from various locations ingrained in their memories because those journeys had an impact on them, the game world carving out a place in their mind. What used to be a series of discrete, unconnected places simply defined by their quest markers has changed into a complete world, a world that has managed to attain that spark imbuing it with life. No longer presented with a cold, distant, world, the player has found one in which they can live and breathe.

World design that allows players to navigate to their destinations also lends itself to exploration with no goal other than to explore. It encourages players off the roads better traveled by having the landmarks built into the landscape, begging for attention. See a radio tower off in the distance? You should go check that out. A crumbling ruin nestled in a valley? Hopefully looters haven’t cleared the place, best to have a look and see. These landmarks draw the player in, each location surrounded by a web of yet more landmarks that invites them to get lost in the world without ever having to actively push them. 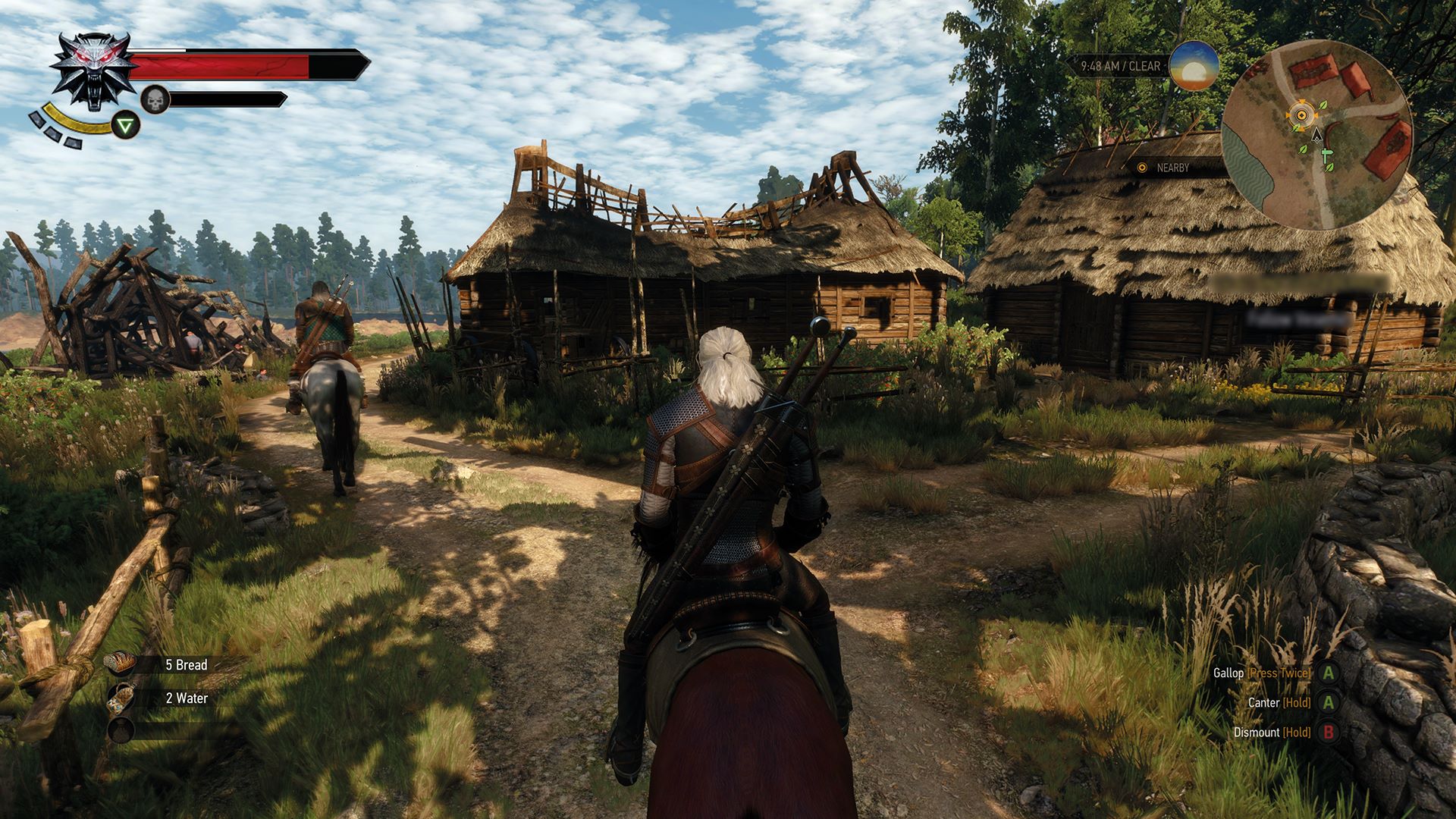 In the past, the sorts of immersive worlds we have today could not exist due to the hardware limits of the time, one polygonal block on the horizon looking much like another. Where once there were jagged edges, we now have the fidelity of life. We can read graffiti adorning the walls, directions on the road signs. Mountains in the distance that were previously just set-dressing have become places we can actually explore, crafting our own adventures in their worlds. A sense of adventure has been built into the soul of these worlds, something greater than the sum of its parts.

Good use of techniques used to build these immersive worlds is evident in games like Obsidian’s Fallout: New Vegas. The game has quest markers, but the player is not starved of information without them. Characters in this digital Mojave talk about where they’re sending the player, describing the towns and landmarks on the way to the destination. Crumbling roadways have usable road signs, allowing the player to navigate between major settlements with landmarks aplenty just off the beaten path that draw you into the world. It encourages exploration. And the icing on the cake is the constant glow of the New Vegas strip, grounding the player in the game’s world, providing both a navigational tool and a constant goal. All of these systems and designs mean that travel in New Vegas has been transformed from the commute between markers that it can often become in other games. The travel has become a goal in itself, if the player likes, no longer just a chore.

So, although that quest marker can be a helpful little tool sometimes, why not try turning it off, if only for a little bit? Hidden in plain sight are entire worlds, which lie between the markers. Who knows, you might even get lost a little.

Edward Bals shares his thoughts with the masses through the power of the internet, constantly braving the trials and tribulations of the modern-day freelancer. When he’s not researching and pitching articles (and sometimes even when he is) he can be found on Twitter @EdwardBals.