Free choice? Stewart Melville is rooting through the industry’s big bag of tricks.

There’s definite excitement in the air whenever a game is drawing to a close. All the time and energy invested is about to be rewarded as the game rolls up its sleeves and throws the toughest challenges yet in your way. Still, only a few more precious steps separate you from that ever-elusive final cutscene, the ultimate prize for all previous hardship. How cruel, then, of Oddworld: Abe’s Odyssey to treat players to an ending in which the game’s villain, Molluk, drops the titular hero, Abe, into a meat grinder.

Instead of the catharsis of a happy conclusion, where everyone gets what’s coming to them, we’re left shocked, confused, angry even. All that time and patience we invested and all we got in return is Molluk and his cronies cackling amicably at a job well done. Or perhaps at a job poorly done by us as players: After the ending cinematic has run its course a message appears, berating the player for not rescuing more of Abe’s buddies during the game, a condition for earning the good ending. We are then plopped back to the halfway mark and left to try again.

It was a valuable lesson in realizing that, as a player, I had a certain amount of control over how things were going to turn out in the end. I’d spent some part of the game half-heartedly helping Abe’s buddies, but the rest of it whaling on them while possessing machine-gun toting Sligs or dropping heavy rocks on their heads. It was all fun and games, until the ending cinematic dropped me into a whirling bladed pit of karma. I had brought this on myself. The outcome might not be as complex as the myriad of consequence trees of today’s games, but it felt like the game world and its denizens had reacted to my actions.

Compare this to the several hundred dialogue options players can expect to find in any modern RPG, influencing everything from small conversations to world-changing events. These options are prompts, skewing the narrative in one direction or the other, but they don’t technically add a great deal of agency. They present a prefabricated set of outcomes to choose from, a bit like choose-your-own-adventure novels, but with auto-saves instead of holding your thumb on pages to go back.

It’s part of a game developer’s job to create these kind of boundaries. Any narrative with a clear beginning and end, no matter how many branches or ends it includes, requires certain limits on player freedom. Give them too much and the narrative can be disrupted to the point of internal logical breakdowns. Still, we cannot properly call these prompts enablers of player agency, since the consequences don’t reflect our actions, but our choices.

If the player is aware of what a decision entails, they are effectively deciding which pre-planned scenario they want to watch, making them more a spectator than an active participant. If the player isn’t fully aware of immediate and far-reaching consequences, however, a sense of agency can be retained within what is essentially a static narrative. It’s these kind of blind prompts that make us hold onto pages for a quick rewind.

But they can also be used to create greater degrees of player agency. In the climax of Dino Crisis, Capcom’s sister project to the popular Resident Evil series, the player is asked to make a decision. The last obstacle to your escape is gone, but your target, Dr. Kirk, has managed to slip away. One of your teammates insists on going after Kirk, even though he is himself badly injured. Another urges you to stop him, to forget about Kirk and just get away. A little box pops up, asking you to choose between the two prompts: go after Kirk or stop your teammate and focus on escaping. It’s a classic split decisions, with two possible outcomes and consequent endings. 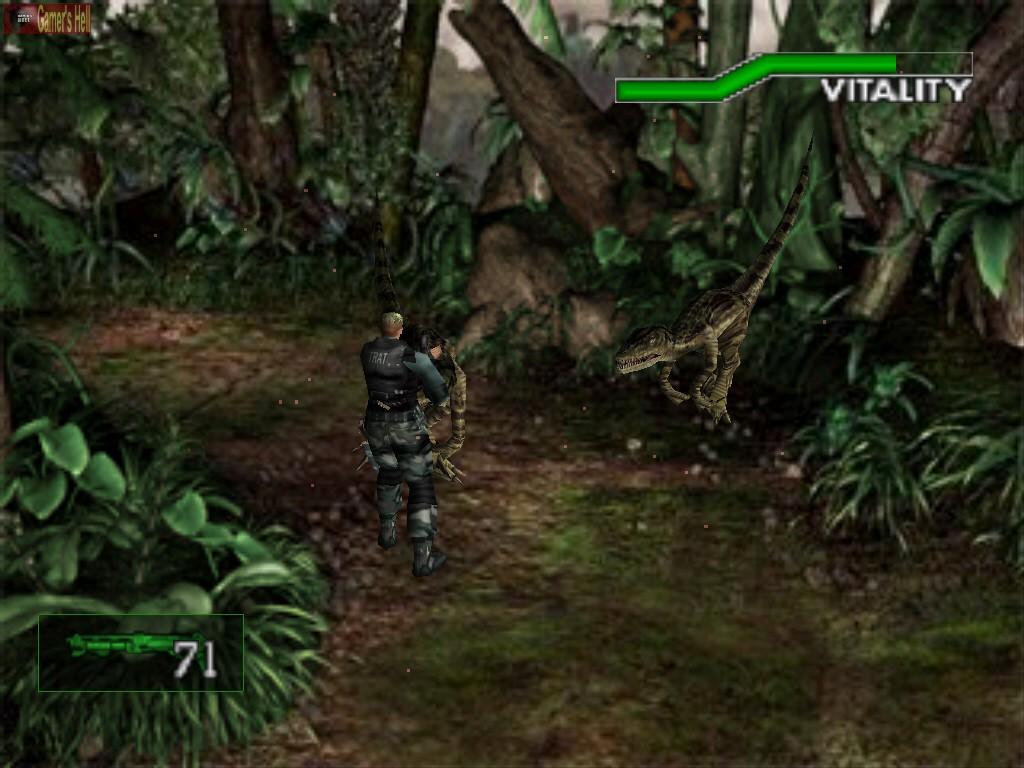 Upon sitting through the credits and seeing the results screen, however, the player might be surprised to discover that there are, in fact, three endings. The third option is achieved by picking one prompt, and then undertaking the actions outlined by the other. You need to twist the game’s instructions and perform a mixture of both prompts upon your own initiative. This blind prompt is cleverly buried under what, at first glance, appears to be a clearly binary affair. Faced with two visible prompts, it’s easy to miss the hidden third option.

Unfortunately, even when applied creatively, the lifespan of blind prompts is, by nature, limited. Once the consequences are revealed and explored by players, whether on their own or in cooperation with their peers, the blind prompt loses the shroud of mystery that made it effective in the first place. The curtains are pulled back and the inner workings of the narrative are exposed. The world doesn’t seem so big anymore, the story not so versatile and not so infinite in its possibilities.

Even so, blind prompts serve a valuable function in providing the illusion of agency and hiding the intentions of developers. If the direction of prompts are made known in advance, if the action and its consequences are immediately obvious, then the developer is almost telegraphing their punches. Instead of convincing players of their own agency within the game world, they are making their own role obvious. This is a crucial part of storytelling, disguising the storyteller.

When Abe was dropped into that grinder, I didn’t feel as if this was something a developer had made happen. It felt like something I had made happen, a sign that the narrative had successfully pulled the wool over my eyes and convinced me of my own agency, if only for that precious first playthrough.

Stewart Melville teaches Literature undergrads at Strathclyde University and writes hack articles for Elance though he’d prefer to just work on his Streets of Rage highscore instead.