Riley MacLeod looks at two new books about the surprising humanity of bullets and bodies.

The pace of games writing can be relentless. Topics come and go, buzz rises to a fever pitch and then recedes, and personal reflections become hot takes on websites and Twitter, giving rise to responses, movements, and conversations that become ingrained or fall away in the wake of the next big thing. By contrast, books can be slower and more enduring, making room for reflection not always offered by online journalism. Two recent collections of games essays, Reid McCarter and Patrick Lindsey’s Shooter and Zoya Street’s Digital Bodies, take advantage of the breathing room provided by books to explore something frequently chewed up by the pace of games: the human core at the heart of our medium.

The best games writing can go beyond a particular game, genre, or the medium itself to examine more than just the content at hand. An examination of an unfamiliar genre or a love letter to an unknown game world can feel alienating or small, making readers question their tastes or, in the worst instances, the value of games themselves. Games, like all art, are in conversation with the world at large, and perhaps the most compelling writing is that which readers can connect with whether or not they’re familiar with the content, writing that is grounded in specifics while using those specifics as a lens for something more.

Shooter is that kind of writing. The 15 essays in McCarter and Lindsey’s collection undertake the epic task of humanizing the inhumane genre of the first person shooter. Each essay looks at a different single-player FPS, from Battle Garegga to DOOM through S.T.A.L.K.E.R. and Wolfenstein: The New Order. Additionally, the essays run the gamut in how they use their shooty source material: a thorough look at the historicity of how Nazis are presented in games in Corey Milne’s essay on Brothers in Arms: Hell’s Highway; Reid McCarter’s current take on how Call of Duty 4: Modern Warfare reflects the changing nature of the West’s war on the world; Javy Gwaltney’s informed comparison of BJ Blazkowicz’s character arc to that of Beowulf; and Robert Rath’s evocative exploration of what the functionality of guns says about shooters in Call of Cthulhu: Dark Corners of the Earth. These essays are each deeply and necessarily specific to their game, but they aren’t exclusively about it; this isn’t a technical book about the evolution of shooters or homages to particular games. Each essay is getting at something else, and together they become about something bigger than a genre: they’re about humanity.

Perhaps what is most striking about the essays in this book is how startlingly human each one is. The writers seemed to constantly return to the vulnerable, emotional core hidden at the heart of the FPS and our fascination with it; as Carli Velocci says in her essay on Red Orchestra 2, “What makes the genre so appealing isn’t that you get to shoot guys; it’s how shooting those guys makes you feel.” Some of these essays are more personal than others—Gita Jackson’s intimate examination of her relationship with her brother via Counter-Strike or Kaitlin Tremblay considering her struggles with her body through the protagonist of Perfect Dark—but no essay can seem to shy away from what shooters have to say about, to, and with the human condition, about our relationships with power and powerlessness, violence, fear, courage, and how we interact with the outside world. Steven Wright points out in his DOOM essay that “In a shooter, the only measure of a living thing’s worth is how many bullets it takes to put it down,” but Shooter’s writers make a new measure, turning the gun barrel around on the players and on culture itself. Alex D. Jones says of S.T.A.L.K.E.R., “Call of Pripyat never lets the player forget that they are always vulnerable, that the Zone is bigger and scarier than they are, and that they cannot dominate it”—a statement at once about the game, about shooters, and about games and art at large. Ultimately, each essay is about something more than the game it explores, and, taken as a whole, the book paves a road to somewhere bigger and deeper than shooters tend to go.

This effort is aided by a clean, stylish layout and lovely hand-drawn illustrations by Paul Sousa, both of which make it ache to be a print book for readers to hold in their hands and tote around with them through the world. Perhaps this desire extends out from the way the book puts shooters squarely in the context of the world, in what they say about us, and each essay does so with a kind earnestness and understated talent. There’s none of the bombast of an exploding set piece or a righteous, gory weapon in need of a nerf; instead, Shooter’s criticism is that moment in an FPS between battles when you look around at the light reflecting off the trees or the particular way a certain enemy has fallen and sense something restful and larger than yourself shining through. Even if readers aren’t familiar with the particular game being discussed, these essays introduce or reintroduce them to the small, tenuous heart at the core of shooters and our strange, complicated medium of games.

Beyond the ways that games can speak to the humanness in us, players and creators bring their own humanity to games as well. Critic Mattie Brice recently wrote, “Because the medium of play is largely colonized by the dominant culture surrounding technology, involvement and exploration of the body is frequently absent… Incorporating subject(ivitie)s decentralizes the game object and forces designers and critics to ponder the infinite relationships bodies can have with an experience.” Games, like games journalism, can lose sight of the human core in their fervent race for the next popular genre or technological innovation, and reminding ourselves that there are humans and their bodies on the other side of the keyboard can help us reconnect with what makes games and play such a central part of the human experience.

It is this kind of gentle reminder that Zoya Street undertakes in Digital Bodies, a book, in his own words, about “bodies and craft” in games and games culture. “Our relationships with our bodies are creative,” Street writes. “They’re ours to shape into whatever allows us to thrive.” For him, the word “body” means multiple things. The book itself is a selection from his body of work from 2012 to 2014, while essays within the book itself take on gaming’s collective body of work, as well as the bodies behind those games. The book brings these concepts together in creative, heartfelt, and intuitive ways in this wide-ranging and thoughtful collection from a variety of websites, magazines, and talks the author has contributed to. 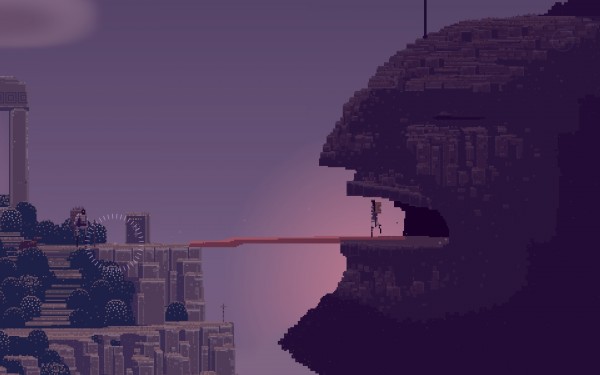 The book isn’t a retrospective of Street’s work as much as it is several essays in service of a larger idea, one that weaves in and out of the material selected for inclusion. The fascinating essay that opens the book looks at body horror in Twine games, while later essays run the gamut from pixel art aesthetics, yaoi conventions, GaymerX, and Street’s changing relationship to his gender. Some essays, like one on the Leap Motion, are more technically-focused than others, while a selection from his 2012 GDC talk on weapons economics in Final Fantasy seems aimed squarely towards game developers. Throughout all these essays, Street brings in interviews with artists and creators, but the pieces are never about these individuals; rather, the words of his subjects are used to elucidate the larger theme of how our bodies enter in and out of games, both in play and in creation, and how the cohesiveness of the body is changing in the digital world. For instance, in his essay about the Leap Motion, he writes, “The technology [of the Leap] has developers thinking about their hands as if they were brand new… ‘What do the hands do?’ suddenly becomes an astonishingly important question.” This statement is about a piece of technology, certainly, but it would fit just as well in any of the book’s 13 chapters. The big question of this book lies in the exploration of these bodies and hands, and Street presents many avenues to answer it without ever forcing the reader into a single position or conclusion.

Street’s prose is thoughtful, elegant, and compulsively readable; each essay gets a clear point across while opening up room for the next. Street writes, “We like to see the marks left by the tool, the intimate little hints that a form has been shaped by the contours of another person’s body,” and this collection certainly does that. It is personal without being indulgent, about games without being mechanical, highlights individuals without fawning on them. Each individual essay stands on its own, but as a whole they bob and weave around a gentle, intimate idea and open up space for the reader to bring themselves, their thoughts, and their heart to considering games in a new way.

Both these books feel like welcome shelters in the midst of the games writing storm. Self-contained and framed by their design instead of ad banners or comment sections, they remind us that writing, regardless of its subject matter, is an act of humans handing their hearts to one another, sharing something at once common and unique. In his prologue to Digital Bodies, Street says, “The bodies I write about are sexy and revolting, moving constantly between pride and shame. The digital materiality I work with is dazzlingly new and burdened with history, a thing of fantasy and a mirror held up to realities that were felt before they were visualised.” Both Shooter and Digital Bodies are these mirrors, taking up the mantle of books like merritt kopas’ Videogames for Humans in a movement toward humanizing games writing and making play a bit more personal.

Review copies of both books were provided by their respective authors.
Image credit for Swords & Sorcery EP image from Flickr user Pendact.

Riley MacLeod is a freelance writer, editor, and Haywire’s Managing Editor. His work has been seen at The Border House, Relevant Magazine, and Lambda Literary, among others. He is the former editor of Topside Press, a small press fostering new voices in transgender fiction. You can follow him on Twitter.

Tags: Digital Bodies, Shooter
← In With The New
Fast Travels: Once We Are Gone →