I Have No Time and I Must Play

Brady Simenson still hears the call of those childish things.

Like many people, I am hopelessly nostalgic about the holidays. My parents have always been sentimental about old TV specials like How the Grinch Stole Christmas or old movies like It’s a Wonderful Life. For me though, Super Mario and Sub-Zero hit me with the same waves of Christmas nostalgia as their Cindy Lou Who or George Bailey. Yet, my brothers and I weren’t like the kids in Whoville. If Christmas came and we didn’t get the gifts we wanted, we wouldn’t be singing and holding hands about it, we would be whining like little jerks. While plenty of kids in school were getting sweaters and socks on Christmas, my brothers and I were getting a Super Nintendo. Year after year, the big new games and consoles came. I don’t remember my Christmases according to “the year we all went sledding together” or “the year my cousins flew in from Florida.” My Christmases were more like “the year we got Donkey Kong Country and I screamed so loud that it scared the neighbors.”

But now things are different. Unlike with Donkey Kong Country all those years ago, I didn’t immediately dive into Red Dead Redemption II and play it all day and into the wee hours of the night. Instead, I was preparing for the classes I teach this semester. With PhD applications looming in the distance, I was writing frantically to publish and build my resume. I was getting countless random chores done around the house that were put off while the previous semester was in session. Meanwhile, the shiny new game has barely been touched. If my recent history with games is any indication, I might never finish it. I laugh sadly now, because if someone got me a new sweater for Christmas instead of Red Dead Redemption II, I would probably get much more use out of that.

Today, I’m a different man. I have new interests and priorities. I have a young career and a new family, but the urge to play more still nags at my mind. When you define your early life with videogames, growing side by side with the franchises and companies that grew and stumbled through life along with you, you develop loyalties bordering on obsession. I was a Nintendo kid, and Mario was the first video game character I truly and deeply loved. I have purchased and played every major Mario platforming title that has been released since the original Nintendo Entertainment System. My bond with him is so strong that in the past year, no matter how busy my life had gotten, I still carved out time to play Super Mario Odyssey (about a year after its release, of course). I loved the game and have no regrets playing it, but the experience made me realize my desire to play was out of a sense of loyalty, an obligation almost. 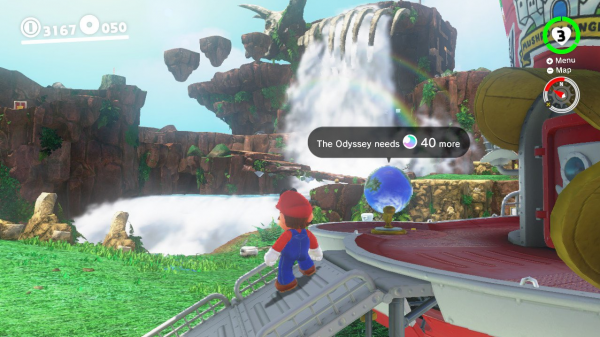 When you are a part of a fandom long enough, it becomes so much a part of you that your mind gets programmed to think you owe that franchise your support no matter what. I also feel this nagging pressure to keep up with other franchises that impacted my earliest years: Zelda, Resident Evil, Mortal Kombat, and the list goes on. It doesn’t matter how busy I get. When new titles in these franchises are released, skipping them felt like a betrayal to my younger self who was so passionately invested in that franchise. I purchased Donkey Kong Country: Tropical Freeze for that boy who was so excited about the original Donkey Kong Country all those Christmases ago. A part of me still foolishly thinks I will dust off and hook up my barely used Wii U to give Tropical Freeze the attention that it deserves. Or, god forbid, that I will buy it a second time and never play it on Switch.

There is also the perverse allure of new, enticing games, or old classics I’m mortified to have missed. I ravenously purchase games from Steam sales and Humble Bundle, despite my Steam account already having over 200 unplayed games. Those I don’t purchase are added to ever-growing wishlists on various websites. With older games, I have emulators installed with entire libraries rotting on my hard drive. I was given a Super Nintendo Classic Edition as a wedding gift this year, and it hasn’t left its original box. I tell myself someday though – someday! – I will reach career or personal milestones that will clear up enough time and responsibilities to play a hot new game like Red Dead Redemption II,  or to finally cross Chrono Trigger off of my decades-long bucket list.

I worry that I am kidding myself. I worry that the machines—be they the dusty consoles in my house, or the metaphorical machine of the industry itself, are thinking for me. The machines whisper in my ear, and I always obey. “Watch the trailer for the new Mortal Kombat game.” “Hitman 2 is on sale in the Humble Store.” “God of War just won Game of the Year…”  Since my love of science fiction has been around just as long as my love for videogames, I’ve come to think of these urges to keep purchasing and playing like the commands of the evil Allied Mastercomputer from Harlan Ellison’s I Have No Mouth and I Must Scream.

For those who need a primer, the story takes place after civilization has been destroyed by the Allied Mastercomputer (AM), a twisted artificial intelligence so bored with its existence that it takes its resentment out on humanity. After AM performed a mass genocide, five humans are kept artificially alive for a century and trapped inside of a seemingly endless maze of horror and deprivation designed to torture them for AM’s amusement. At one point, the starving survivors are tempted by the knowledge that there was a large store of canned food in the maze’s ice caves, and they set out to find it. Concerned that it might be one of the machine’s many vicious tricks, they have to calculate the risks versus rewards involved. 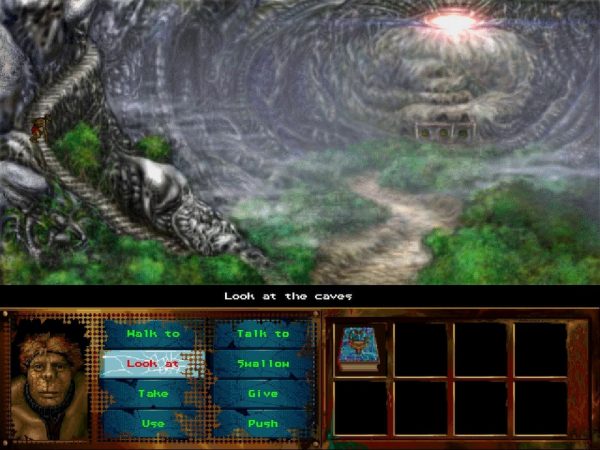 The story’s premise, with its emphasis on navigation, gathering resources, and calculating risks, is like a videogame in its own right. But for me, it’s a tongue-in-cheek metaphor regarding my relationship with gaming. When you get busy with other things and get even slightly detached from the pulse of the hobby for a short while, it can be overwhelming to navigate your way back. Already I have lost touch with popular games, the year’s biggest critical darlings. With less knowledge of games than I used to have, and far less time to play them, it’s risky to spend precious time and resources on games that aren’t worth it. As with I Have No Mouth and I Must Scream, when a new game is dangled in front of me like a carrot, I feel more doubts than temptations, just as the characters in the story are paralyzed with indecision when tempted with the canned food. What lies in the ice cave could be a tremendous reward or a heartbreaking waste of time, energy, and resources. More than once, I’ve purchased expensive games that weren’t what I thought they would be. As a kid, I had a lot more free time  to burn on mediocre games, but now, I feel great disappointment – even rage – at wasting precious time on crappy games when there are many amazing alternatives I could have picked instead.

The starving survivors in Ellison’s story find disappointment as well, but also meet a fate that’s far worse than anything that I could ever experience. They do find the canned food, but in a dark twist, have no means of opening them. The distraught group finally resorts to killing each other to escape their torment. Eager to stop the last human from committing suicide, AM turns its anger toward him, turning the man into a gelatinous blob incapable of hurting himself or doing anything else. He’s left with no voice and no agency, a helpless victim of the machine’s commands and tortures.

Using Ellison’s horrifying story as a metaphor for my inability to resist the temptations of gaming is probably nothing short of melodramatic, but I suppose that is part of the point. A hobby that used to offer childlike joy – one as simple and pure as Christmas mornings – has been twisted into a horror story where I am victimized by the machines collecting dust on my shelves. I’m not a mouse trapped in a giant maze looking for a wedge of cheese, nor a helpless mass of humanity incapable of resisting the machinations that seek to steal my time. I’m a writer with an overactive imagination, struggling to let go of the past. The only thing I might be a victim of is a contemporary culture that is increasingly enamored with nostalgia.

My life isn’t being robbed of time to play videogames; it’s just filled with too many relationships, responsibilities, and hobbies that are meaningful to me, and it’s frankly an amazing problem to have. My marriage, my career, my other interests – these aren’t things forced upon me. These are what I’m choosing to prioritize. And these choices have simply come to define me more than videogames do. 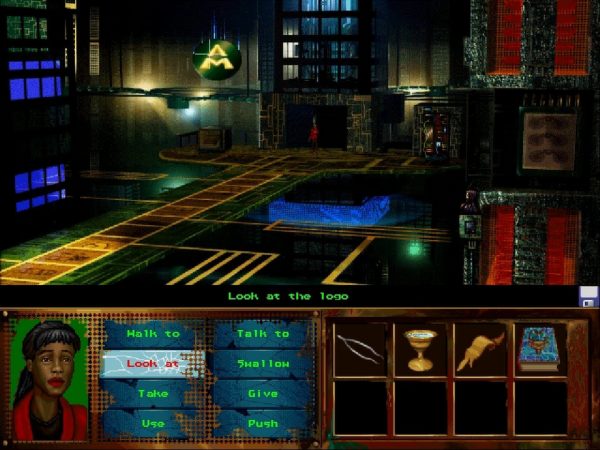 I may be a different man now, but that doesn’t mean the boy who opened those Christmas gifts those years ago is gone. He is still there, happily playing games in the period where he belonged. For now, he will remain there as I continue building a life suitable for bringing children into, who will likely be raised on games of their own. As the years go by and I purchase fewer games for myself, I know I will purchase plenty from the Christmas lists of my children, my nieces, and my nephews. I may never have that feeling again of opening a new game over the holidays and exploding with childish joy, but I will watch my young family experience that magic for themselves. The boy I was –  who’s still back in the 90s playing Donkey Kong Country and Super Mario 64 – doesn’t belong in this era, but that doesn’t mean that he will never belong again. When my children play, and perhaps even theirs, too , that boy will be back. For in the coming years when my priority of spending time with my children overlaps with my love for videogames, he will sit on the carpet and pick up that controller once again. And he will do so of his free will.

Brady Simenson is an English instructor at Northern Illinois University. He primarily studies speculative fiction in videogames, film, and literature. His other writing has recently appeared at Pop Matters and with the University of Nevada-Las Vegas’s Popular Culture Review.

Tags: videogames generally
← Due Diligence: Not One Forgotten
The Parable of Joel: Practicing Empathy in The Last of Us →