Taylor Hidalgo struggles at times to do much more than sigh tiredly at the day.

Full disclosure: Before I can talk about Pokémon GO, I have to talk a little bit about depression.

Depression is a difficult sensation to describe. It’s almost like going through life wrapped in a wet blanket. Tasks aren’t any more difficult to accomplish, at least not really. Anyone looking from the outside might just see a normal, everyday task. But for the person inside the wet blanket, the fingers are stiff and unresponsive, and the mood to go out and accomplish even simple tasks is mired in cold, shivering lethargy. The energy investment in getting past the quelling cold feels monumental, especially given that every subsequent action is going to feel as difficult, as exhausting, and as unrewarding.

Overcoming that depression looks equally unimpressive. Just a too-slow shuffling of feet, a bit of eating or hygiene, and the depressed will shamble, speak, and smile just as much as anyone else, but it feels like it takes a bigger toll and comes with a deeper price tag. Surviving these moods sometimes takes a great psychological or emotional investment, one that is nearly invisible to anyone not looking for it.

Depression is a stagnator, and moving beyond it isn’t always about putting on a good face and just getting things done. Sometimes, it takes a string of little victories, like days of managing to actually eat three square meals even if nothing else gets done. Or perhaps a hasty 11:59 PM push-up, just to jab a thumb in the eye of the fates when they start to titter about yet another no-progress day. Some days, it’s about finding importance in the unimportant, in making a bit of progress in places where the progress isn’t really that meaningful. Reading one more chapter in that adventure novel that’s been put off, one floor down through the dungeon in the RPG that’s four years overdue, one hundred words in that article, story, or novel that’s still unwritten. Finding the joy in a non-zero day is often the best step one can take, even if it’s a day that “could” or “should” have been an avalanche of productivity. That kind of thinking leads to less self-worth. The non-zero day is still a victory, and should be celebrated. 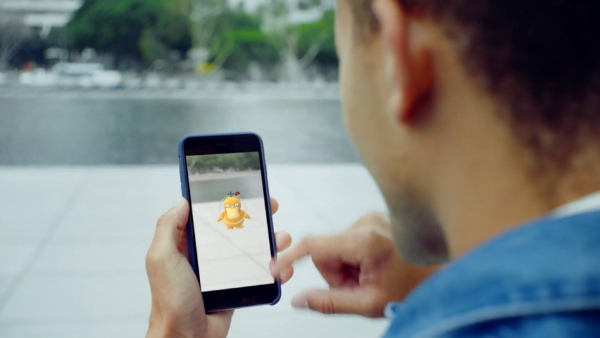 After days, or weeks, or months, or years, depression changes the meaning of important. “Important” doesn’t always mean “This has to get done by five or I’ll get fired” or “I need to get a job today or else I’ll be completely homeless by the end of the month.” Important can start to mean “Despite how I feel, I managed to eat, brush my teeth, shower, and go for a five minute jog today.” Sometimes it could mean “Despite being daunted by the tens of articles I’m behind on, I got one done today. It wasn’t the two I wanted to have done, but it’s something.” Sometimes important means “I hatched a Jigglypuff. I like Jigglypuffs.”

In that regard, I would be remiss to fail mentioning that getting out in the sunshine—after a shower, some food, and some water—is a practical godsend for overcoming the lethargy that manages to turn a near-miss into a non-zero day.

Further, getting outside has the double effect of producing some exercise for the day, which in turn improves mood, improves health, and makes all subsequent days that much brighter by comparison, and easier to get through.

Further compounding that is my personal joy of exercising. Having the opportunity to get outside, listen to some music, poke my phone a few times, and get some wonderful exercise is a natural part of finding warmth where there would only be sadness otherwise. Fonder feelings seep their way into this game simply for the way I feel about being outdoors and exercising in general, despite whatever trappings may come with the GPS-related Pokémon adventures. 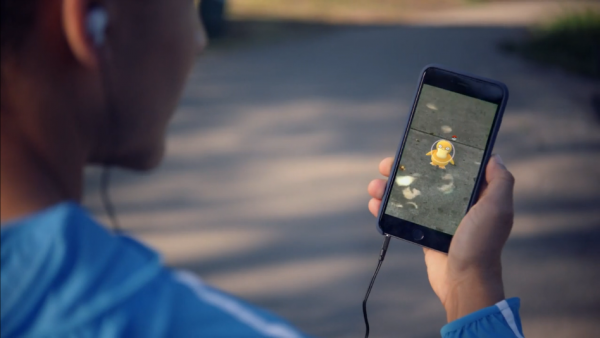 But frankly, the deepest bias I have toward Pokémon GO would be having grown up in the early to mid-nineties, and being a part of the generation that was aged just perfectly to try sneaking Gameboys in with lunch bags to play Pokémon Blue (or Red, or Yellow) throughout recess. To me, Pokémon is as much my childhood as actual childhood. I still have old 151 Pokémon guidebooks, wide-ruled notebooks full of crude doodles, and all the rose-tinted nostalgia for the very same 150 that now occupy the streets, thoroughfares, and parks of cell phone-powered augmented reality.

Pokémon isn’t just a part of my childhood, it’s a part of my life. I likely wouldn’t have continued down the road to games writing if it weren’t, at least in part, inspired by a game and television show that captured my reality and made it full of fire lizards, water turtles, and tree frogs.

Depression has the power to shut out things like eating, sleeping, and being happy with oneself. For a single, goofy, nostalgia-fueled experience to push beyond that is practically a force of nature. And now I’m a Pokémon Trainer. Like, as for real as is literally possible. For me at least, nostalgia is a force even more powerful than gravity, even more powerful than depression. It’s something that I couldn’t imagine being able to honestly think I’m immune from. Pokémon is a part of my life, even if it’s been a fading one for over a decade now.

But enough of that, onto the review: 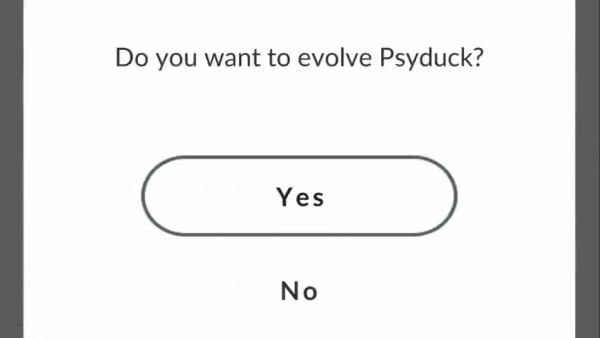