Unfortunately, we were unable to find a common thread between A Hat in Time, Ever Oasis, Secret World Legends, Survival Chaos and Path of Exile.

A Hat in Time

Platforming in the third dimension fell out of vogue in the early 2000s, in part because there’s a trickiness to the camera-workings that isn’t entirely avoidable, even with good cameras. That said, some of the happy-go-lucky charm was also lost in the intervening years, thanks to the rise of the darker, more brooding, and often more violent fare that followed the emergence of first and third-person shooters finding a strong foothold on consoles.

That bygone era’s charm returned with A Hat in Time, a 3D platformer that seems to understand what made those games so well-loved during their hayday. In with the world-romping multi-planetary adventure is a delightful melange of the sense of humor that made games like Banjo Kazooie and Psychonauts really work. A Hat in Time managed to call up a dormant genre and engage with it in an honest and playful way.

Like with any 3D platforming, there are flaws, but the general feeling of playing A Hat in Time is one that evokes living rooms, cans of soda from the less expensive vending machines of yesteryear, and revisiting the tropes that few games have revisited since the comedy-centered 3D platformers of yore. Including, unfortunately, the occasional faux-pas complacencies from the developers.

In brief: cute, charming, but not without missteps. 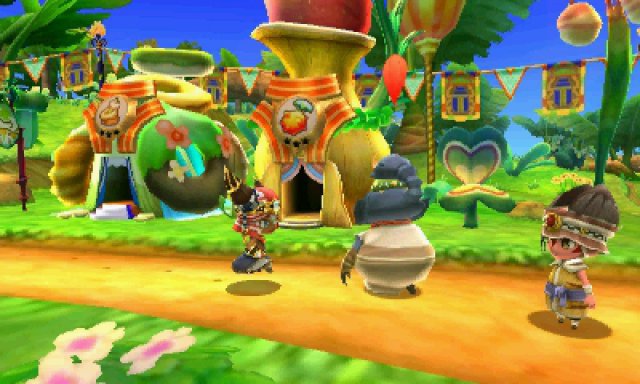 Though RPG and city/life sim marriages are frequently successful, Ever Oasis managed to knit the two styles of play together in a way that improved both. What you do in the desert returns to you in the town, and what you do in the town carries you back into the desert. So thrives the oasis, and the world. It was this back and forth flow of play that kept me hooked. I loved every chance encounter in some cave with a new friend who could help me build my oasis. Everyone, even those only around for a line or two, brought a distinct personality back, diversifying and bettering my oasis home.

Ever Oasis was also one of very few games I’ve played where I, as a female player character (you’re given a M/F choice during character creation), spent most of the game conversing and working with another female main character (Esna) as best friends, without romance or constant danger to mar that loving relationship. The player and Esna have time and room to be besties in Ever Oasis. We celebrated successes, comforted one another’s sorrows, and built something beautiful together.

Ever Oasis doesn’t motivate you to fight the darkness by emphasizing how bad it is. Rather, it focuses on how good everything else is. Ever Oasis is about saving the world, but the world isn’t this ephemeral thing with towns and people you’ll never see. For the most part, your oasis is the world, and knowing and loving its inhabitants gave me personal reasons to care about its fate beyond sheer altruism or videogame heroism. 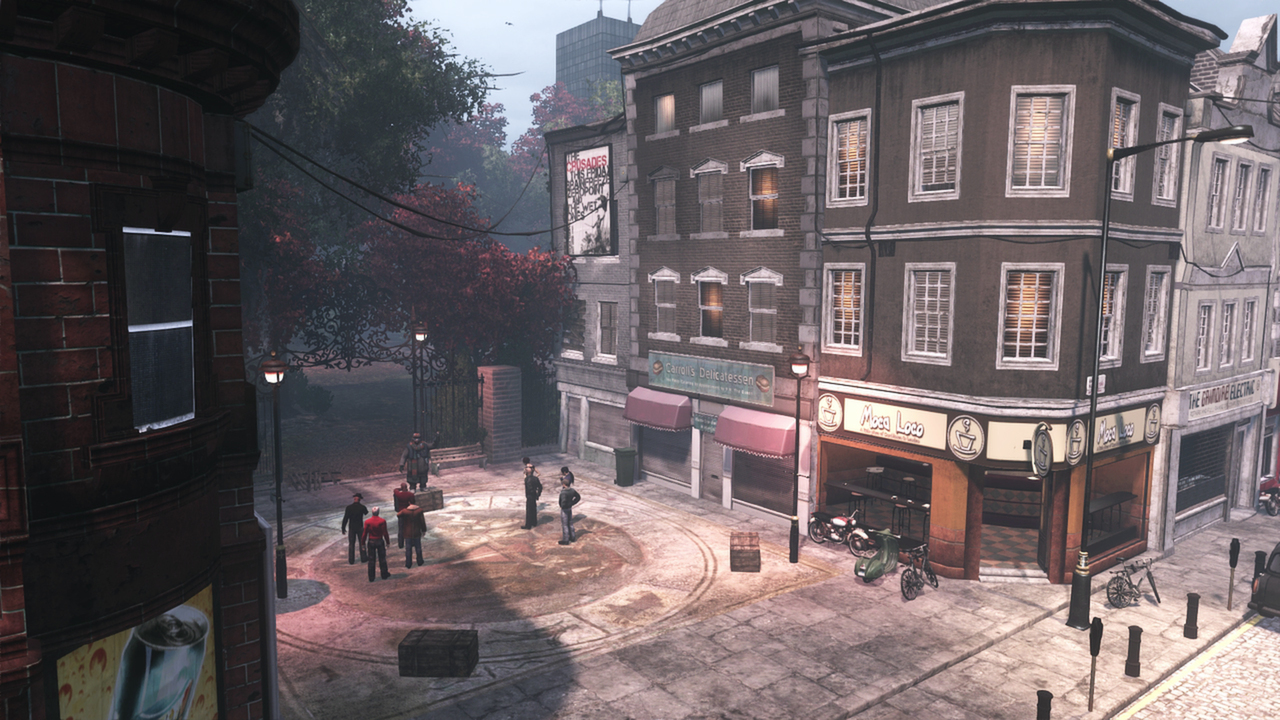 Secret World Legends is the free-to-play re-release of the 2012 MMO The Secret World, a game with an urban fantasy setting that mixes real and alternate history with ancient myths, urban legends and pop culture. It’s a passable MMO with the usual grindy progression, but the real reason to try the game are its investigation missions.

These missions involve you trying to decipher clues from song sheets, researching Latin bible quotes, decoding morse code, guessing computer passwords from hints, or interpreting song lyrics. There’s between 2 and 5 of these missions per zone of the game, with some less enjoyable ones showing up later on. The only exception is one of the very first ones you find might involve knowing key landmarks around the first zone (a New England town called Kingsmouth). One involves a 5 digit PIN to a cellar. You find it by reading the owner’s blog posts under the entry “10 ways you know you’re too much of a fan of <author>” at “5. Using John’s safe’s PIN on every lock you own”.

When it works, it scratches the same itch that Her Story or the board game Sherlock Holmes Consulting Detective did. The missions work well with multiple players. There is a fansite called TSWDB.com that gives both good hints and solutions to each puzzle you encounter. I have no idea why this had to be an MMO now, or back in 2012. 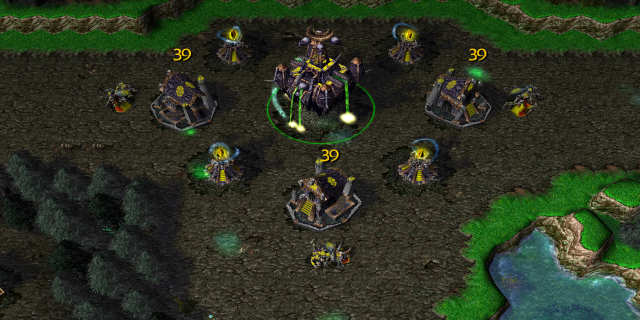 Imagine a version of DOTA in which the goal isn’t to dunk on your opponents through mechanical prowess, but to indirectly influence the ebb and flow of the game by upgrading minions in different lanes. My surprise at discovering a custom Warcraft 3 map that does just this was so great that I immediately set out to chart an alternate history of the MOBA genre, but I want to reiterate that Survival Chaos didn’t just capture my imagination because it’s a fascinating historical artifact. It also simply feels good to play.

While I appreciate the complexity of games like League of Legends in theory (and at a distance, by watching professional leagues), it’s becoming increasingly obvious that these games are not actually made for me, or for a majority their players. Games like these valorize skill at the expense of inclusivity or even basic human decency, and I’m well past the point of clinging to the fantasy that I’ll one day find enough time to practice so I can start feeling comfortable playing them.

Survival Chaos maintains the same focus on complex interactions, but decouples it from the false feelings of superiority over other human beings that come with being able to click really, really fast. The result is a game in which every match feels unique and interesting, but also calm and relaxing. The design approach almost reminds me of a board game: you make a few adjustments here and there, but in between those you get to take your hands off the keyboard, sip your tea and watch the chaos unfold.

Joe Köller used to write about games, but he recently pivoted to video. You can find him on Twitter. 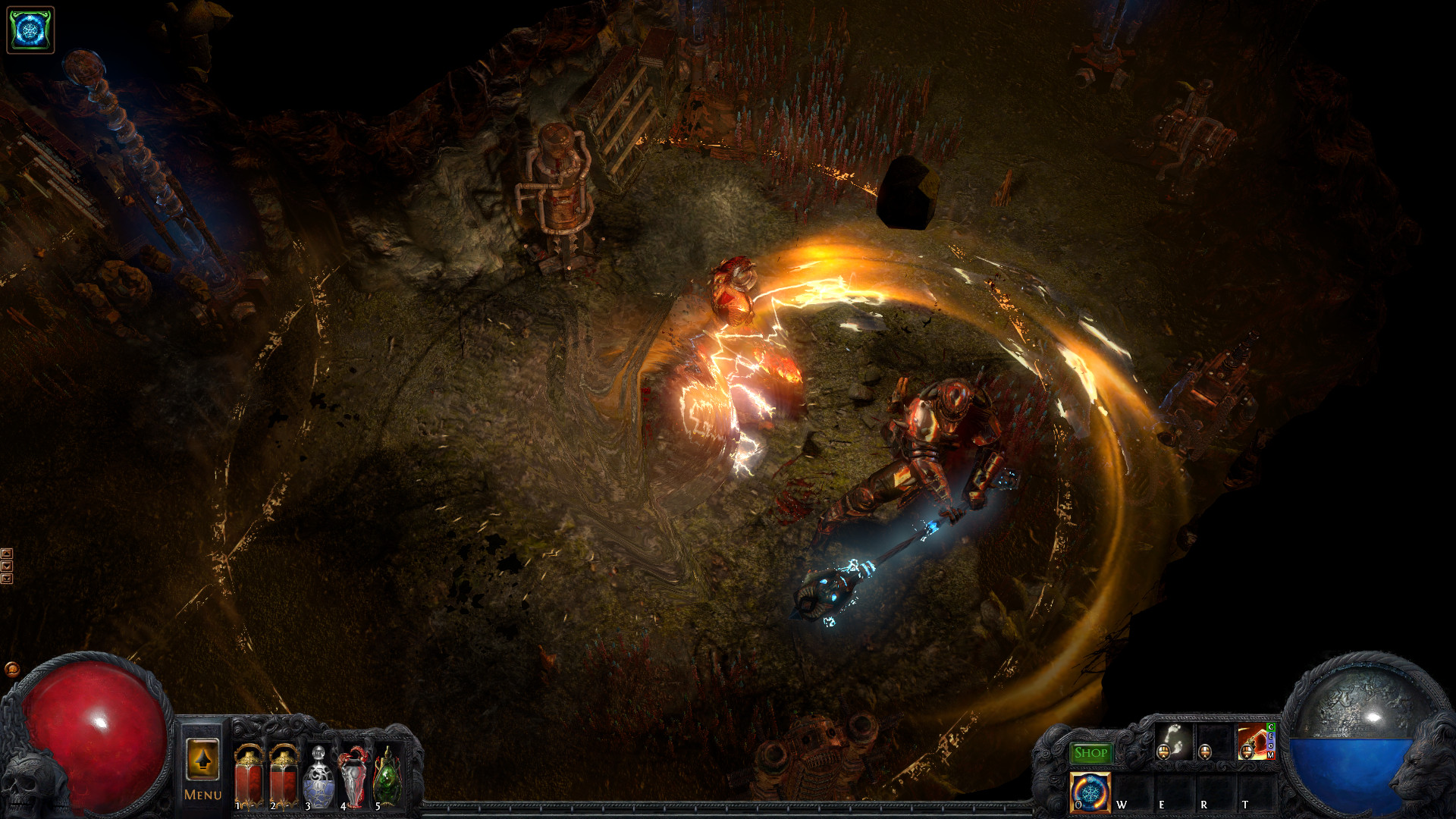 Path of Exile‘s The Fall of Oriath expansion released on august 4th 2017. The game is a free-to-play spiritual sequel to Diablo 2 and includes some New Zealand influences, with character progression in the style of Final Fantasy’s materia system and sphere grid.

The expansion finally fixed the last major problem the game had. Before, the game had 3 difficulties that repeated the same 4 acts of quests, before letting you loose in the end game with the map device. The expansion added 6 new acts full of new areas or twists on previously visited areas. Instead of repeating the exact same quests, the second half of the game now has you return to some areas that have changed since your last visit. Most importantly, the story before the expansion had a very vague ending that explained little. It now actually ends, albeit in a very 90s Blizzard style. Most of the later bosses are fun to fight.

The other thing this expansion did was giving you support gems that let you alter your spells and skills in the first 15 minutes of the game instead of 2 hours in.

The core of the game remains unchanged. It still has the orb system instead of any gold. All orbs let you do something with your equipment, either rerolling, improving or destroying it by accident. The massive talent forest is still discouraging to newcomers and your odds of hitting a wall with your build are not zero. If you later start playing around with the talent tree it gives the feeling of making a Magic: The Gathering deck.

If you’re a fan of ARPG style games, this game is worth a try.