Today we celebrate the precious moments shared with people we care about, featuring 2064: Read Only Memories, Bury Me, My Love, What Remains of Edith Finch, House and Animal Crossing: Pocket Edition.

Some games drip with charm and style in a way you can’t help but respect, even if you dislike its play style. For some, the perfect example is 2064: Read Only Memories, whose graphic adventure structure can be an instant turn-off for some players. Yet the Snatcher-inspired journey is filled to the brim with quirk, wit, and anime references that leave a mark on your heart.

2064: ROM is set in Neo San Francisco in the titular year 2064, where society seems largely similar to that of 2017. Corporations buy influence, criminals run amok, and marginalized demographics still exist. As such, in spite of the futuristic cyberpunk setting, 2064: ROM has a lot to say about the present political and social atmosphere. This is also achieved via the game’s trove of heartfelt characters, from the scruffy cat-like lawyer, Jess Meas, to the emotive and inquisitive AI, Turing. These individuals are the soul of 2064: Read Only Memories, breathing joy into the resonantly bleak future.

Even though it grapples with artificial intelligence and animal-human hybrids, 2064: ROM is gracefully prescient and human. Every plot point serves as a commentary and warning for the present era. Each character feels like an old friend, and every location feels lovingly borrowed from a 1980’s dystopian cyberpunk film. If you haven’t yet bathed in the neon charm of 2064: Read Only Memories, you’re missing out. 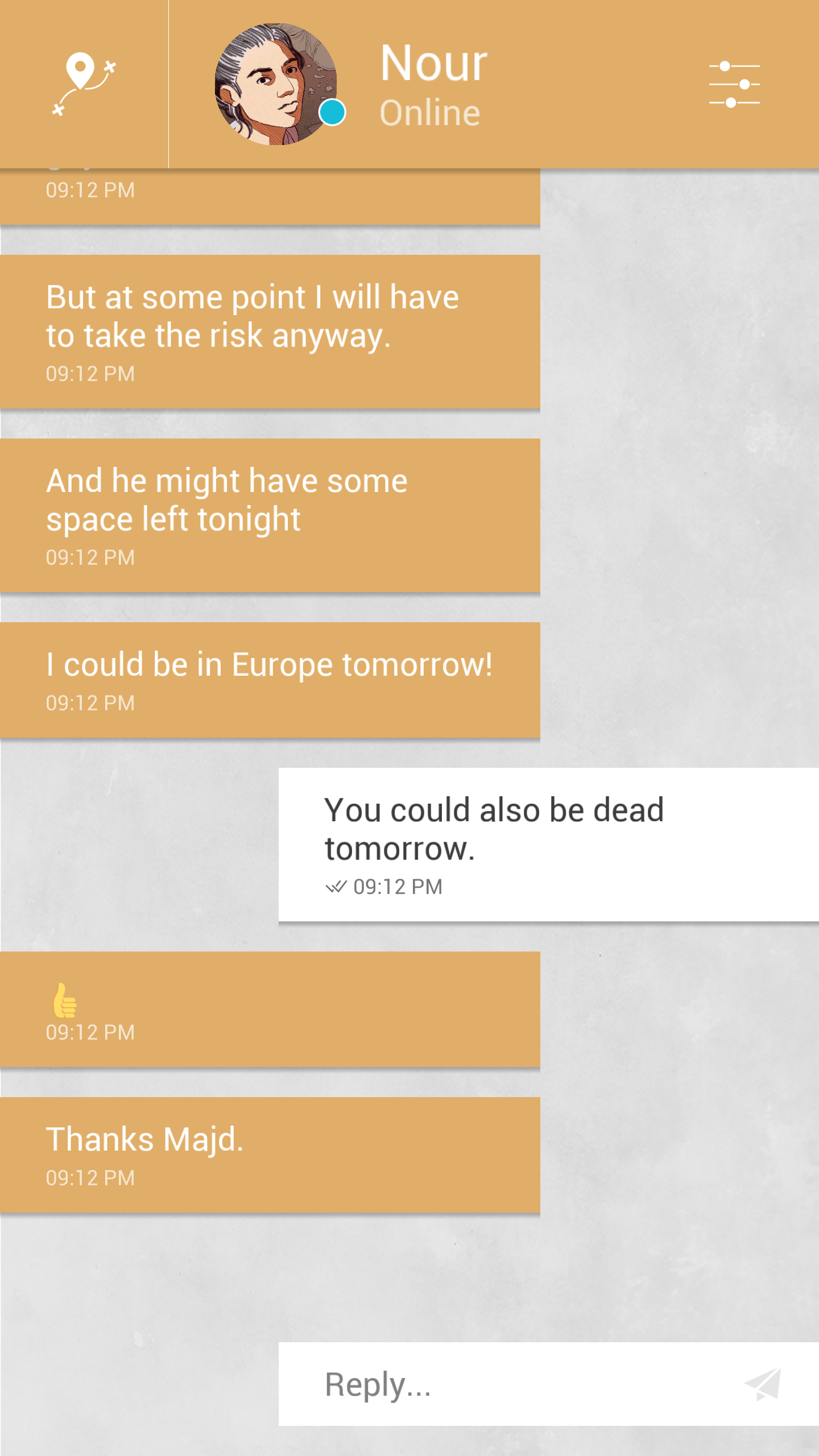 Bury Me, My Love

When I first heard of Bury Me, My Love, it struck me as a concept many people in the world badly need to experience. Developed by the Pixel Hunt and Figs, this mobile visual novel gives names and faces to the Syrian refugees fleeing for their lives amidst a brutal civil war, hoping to find solace in a Europe resistant to taking them in. The player keeps in touch with the protagonist’s wife, Nour, via text messages as she attempts this perilous journey.

With the little bit of influence you’re allowed, Bury Me, My Love poses impossible choices – not due to any moral dilemmas, but because it’s difficult to predict the outcome of your decision. Questions like which smugglers to trust, whose intel is correct, where to go, or what to do are anyone’s guesses. I can’t remember the last time I so badly wanted a video game character to be okay. Or felt so shell-shocked when I couldn’t save them. In each ending (of which there are 13), Nour’s last message to you is recorded, and each one I’ve heard so far has broken me. The voice acting, for how little there is, pierces you; her fear, exhaustion, frustration, and, above all, love for the protagonist comes through with poignant clarity.

Now, I know I’m not alone in saying my sole point of reference for the refugee crisis comes from the news. Ticker tape statistics coupled with violent images of death and destruction overwhelm my senses daily. For many people, dehumanization comes easy. I think Nour’s story, with its basis in tales of real refugees, is exactly the kind of media we need to combat this, and I’m proud to see developers using games to such humanitarian ends. 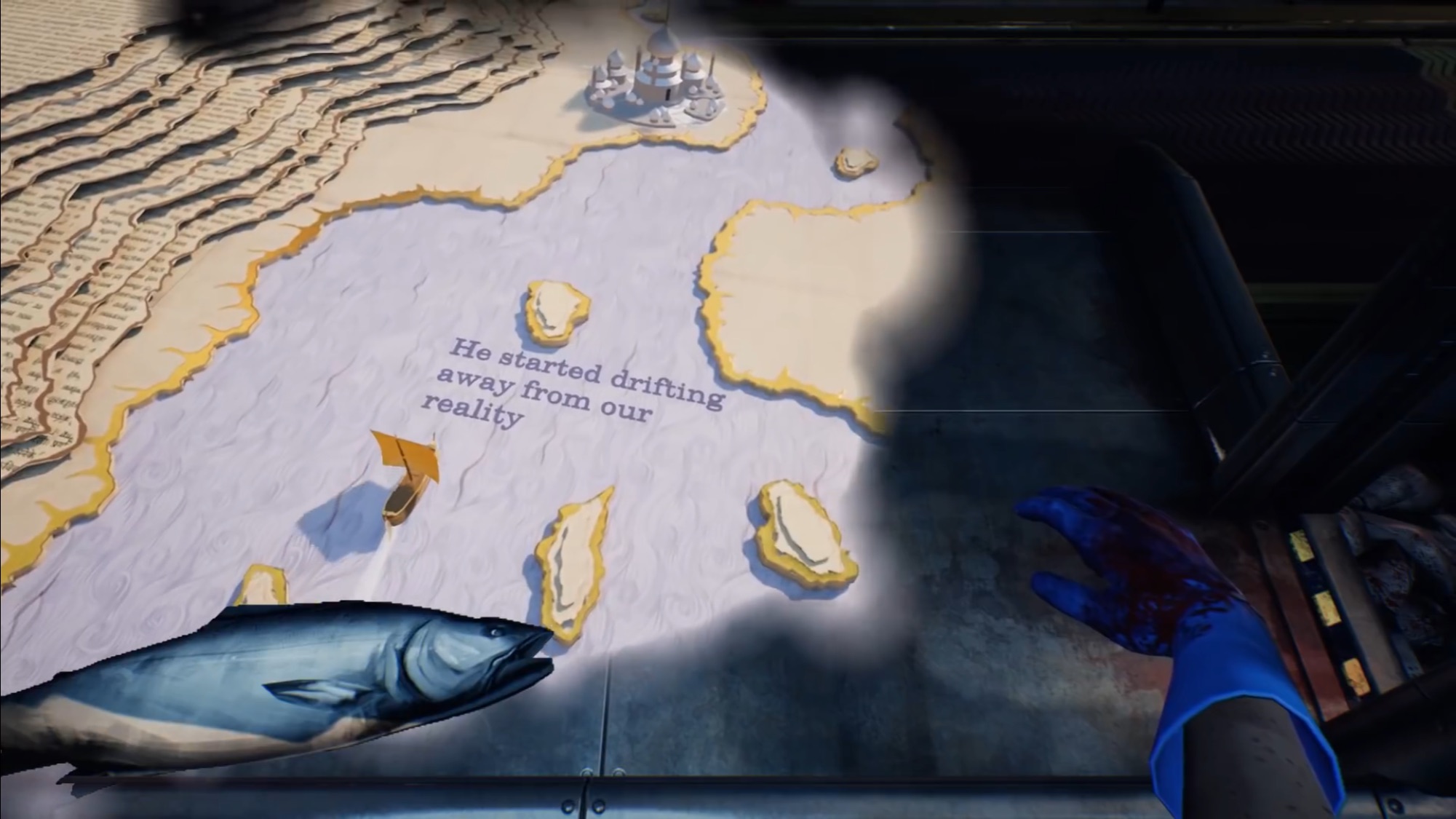 What Remains of Edith Finch

As the game opens, you see hands holding a journal. Edith Finch scrawled on the cover. Calla lilies gripped in the right hand, which is also sporting a cast. Once I had control of Edith, I looked up and then down. Immediately I felt like I had discovered something I wasn’t supposed to, at least not yet. A new understanding of the opening and a wave of melancholy hit me before even reaching the house. I wonder if Giant Sparrow anticipated players like me. Perhaps so, there were other breadcrumbs before the reveal about half-way through.

In the house you go room by room, learning more about how each of your family members lived and, ultimately, how they died. Every room is an untouched memorial set up by Edith’s great-grandmother Edie. According to Edie, the Finch family is cursed with tragic and abnormally early deaths. Each vignette has its own gameplay and visual style. A baby left alone in the tub. An uncle who had one of the longest lives, but also one of the shallowest. A worker in a cannery desperately clinging to his imagination to escape the monotony of his real job. You see how each relative coped with the deaths and their own mortality. Every player will have a different favorite segment for almost certainly a different reason.

By the end, there are still unanswered questions that are left to the player. Edith Finch is a hauntingly beautiful game that truly captures the emotions and confusion loss can leave behind. It is short, but that suits it perfectly and it will stay with you for much longer. As Edith says: “I think the best we can do is try to open our eyes and appreciate how strange and brief this all is.”

Beth is technically an adult, currently navigating the waves of life outside of Cleveland. You can find her on Twitter for random thoughts on what she is playing and watching. 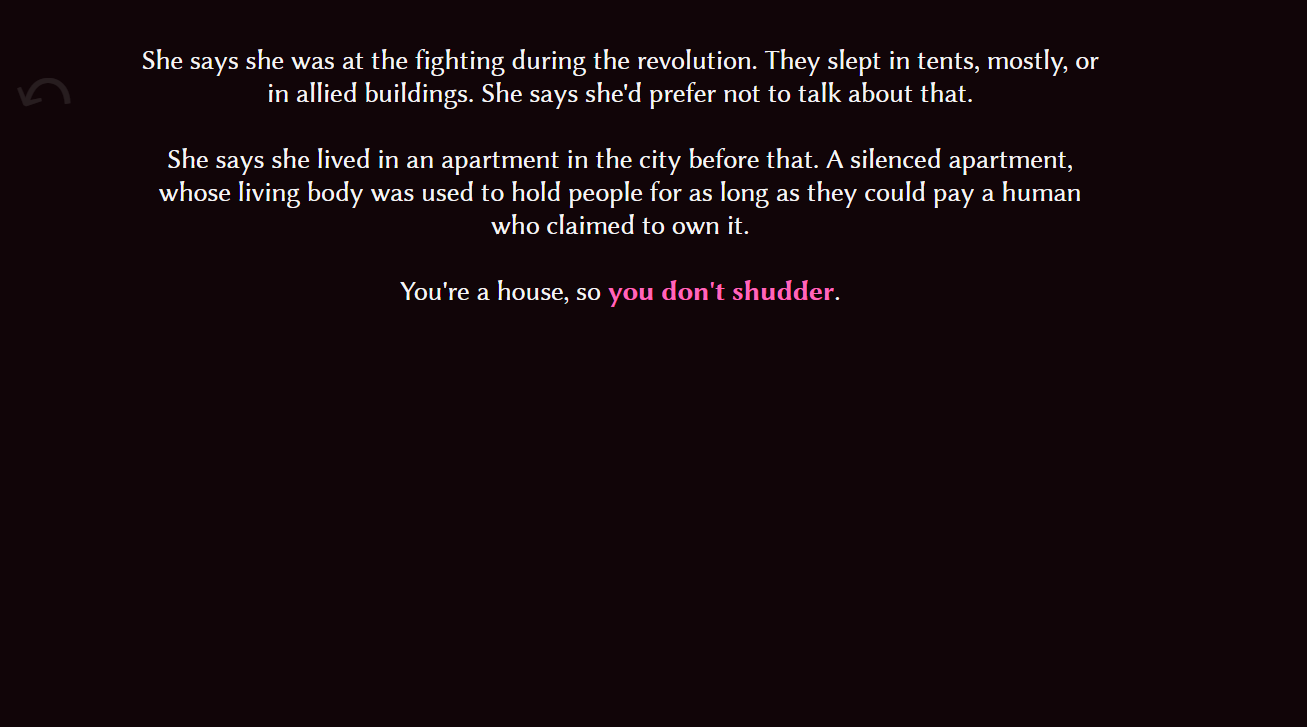 When I read the description, I knew I had to play it: “You are a house. The revolution has come, houses are free, and you’re falling in love with your occupant.”

I was writing about 2017’s Yuri Game Jam, an event focusing on creating more female-centric games. The visual novel House grabbed me with the confidence expressed in its spartan thumbnail, as if its overwhelming clarity of focus rendered trimmings like images and serifs useless.

As its love story unfolds, so does the beginning of a lush utopia, with clues to its painful history painted in gentle brushstrokes throughout the narrative. The game rarely presses pause to yank you into its universe with a lengthy explanation. Instead, it lets you make connections at your own pace with some of the subtlest environmental storytelling I’ve seen in a while.

Much of this background is established by Leah, the aforementioned house, as she comments on the constant reminders of her otherness around humans. Despite how genuinely many treat her, Leah feels her artificial exterior makes her less real. It limits her mobility and access to information, and most of all it makes a relationship with her resident seem impossible.

And through Leah’s experience, the player sees an allegory take shape. House doesn’t boil down being trans into one experience or character, instead focusing on broad themes of body dysphoria and understanding one’s identity. And its simple writing style makes the game feel strangely intimate, like a confession, or a request for understanding. It was one of the few games this year that left me thinking, wondering what this line or the other meant. I hope the more I think about it, the more I’ll grow to understand Leah and the other freed houses. I believe they have something to teach us. 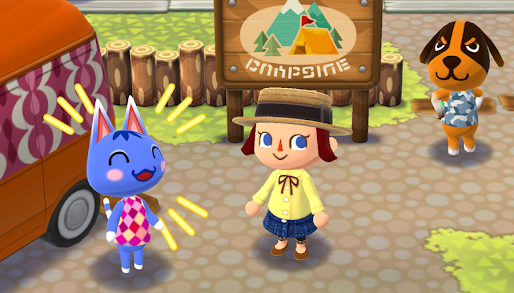 I never went to camps when I was younger. For me, it’s a practice that’s only existed in the realm of fiction, a blue-tinted escape from interior shots so the directors of photography could take really interesting shots of the constellations and make me forget that the outside is often really hot, or really cold, or really dry, or really humid, or really buggy, or full of howling animals. In my very urban life, camps are a kind of fantasy in the same way medieval castles and wizards have been.

In my head, all camps are kind of around campfires, soothingly warm without ever being hot, while everyone’s faces are lit with dancing orange glimmers and someone talented strums idly on a guitar. There’s a mood that this mental vignette brings, an untroubled moment separated from the stresses and demands of a quick, urban life. It feels like a moment of relatively gentle needs in a relatively sedate environment.

Though Pocket Camp doesn’t really succeed in evoking the calming feelings of all the other Animal Crossing games that came before it, it’s still a familiar jaunt through a lighter paced world full of cute animals cheering you through your day-to-day doldrums, and unlike previous outings, is accessible at almost any point thanks to its new home on smartphones.

Which is not to say that Pocket Camp is without faults, but it’s a game whose faults don’t ruin the same kind of vibe that one may get from a favorite camping spot, sat around a warm fire on a cool night, bathed in starlight, listening to the strumming of guitars.

Or, at least, that’s what movies tell me camping is.

Tags: Animal Crossing: Pocket Edition, Bury Me My Love, House, Read Only Memories, What Remains of Edith Finch
← Due Diligence: Knacked Ambition
2017: The Year of Weird →