Today we reconnect with our old buddies Keep Talking and Nobody Explodes, Subterfuge, Borb the Birb, Lovers in a Dangerous Spacetime, and Rock Band 4.

Keep Talking and Nobody Explodes

Trust and communication predict a successful relationship, and according to Keep Talking and Nobody Explodes, a successful bomb squad. Two or more players cooperate to defuse a bomb, one clipping wires carefully and the other shuffling through a paper manual to find instructions on which wires to clip.

Keep Talking and Nobody Explodes either exists as a rowdy, enthusiastic party game, or a nerve-wracking fiasco, depending on how the Defuser and Expert handle pressure.  In the developer-ascribed “ideal” setup, the Defuser is strapped into a VR headset, completely isolated from the Expert except through their voice, which makes the arbitrariness of useful and useless information even clearer. Is there a yellow wire? Does it spell “Uh” with one H or three? How many batteries does it have? Is there a symbol that looks like a melting B?

Every choice is life-or-death, but only for these five minutes, boiling down all the epic stakes of videogames into a tidy kernel of drama. When it comes down to your last breath together and the alarms are sounding, will your partner wave their arms and shout, or will they smile softly into the abyss? 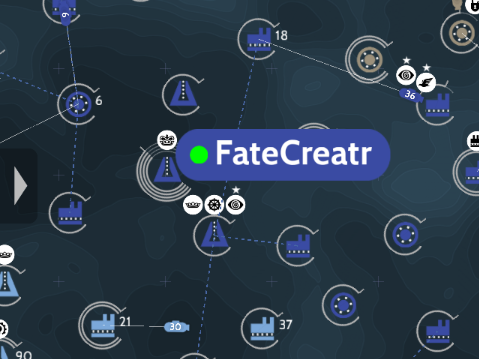 Multiplayer-centric games offer players more than just an authored play experience. They offer a chance to connect with peers and forge new social bonds in exciting and impressive contexts. Unless, of course, these multiplayer games center around screwing over as many of your comrades as you can.

Subterfuge is mechanically very simple – almost deceptively so. There are no settlement management screens to navigate, no unit upgrades to worry about. Even combat is strictly numeric: the highest number wins. But the game’s brilliantly simplified systems mask the deeper, more insidious driving force behind it.

This is a game that is metagame as much as game. The win condition is very straightforward, and the game itself throws no obstacles at you, except the people you’re playing with. Subterfuge more than just encourages, it practically requires players to engage in real-world backroom deals and clandestine handshakes obfuscated by private chat boxes. It’s perhaps the best example of the difference between strategizing against an AI and strategizing against another sneaky bastard human player.

Interestingly, Subterfuge mimics the form of many idle games common to mobile markets. Moves take upward of a dozen hours to complete, so the game is perfect for assessing new tactical options over lunch, then returning after your dinner meeting. But this presentation is somewhat deceptive, as the ability to wind time forward and schedule moves sometimes days in advance means that it is anything but a passive game. After all, Rome may not have been built in a day, but it could very well be conquered in 2 days of unchecked phone notifications.

Patrick Lindsey is a game critic living in Boston. He co-wrote and co-edited SHOOTER, an ebook anthology of critical essays on shooting games. He also co-hosts Bullet Points, a podcast centering on critical discussion of shooters. He’s pretty sure he’s on an FBI watch list. Follow him on Twitter @HanFreakinSolo. 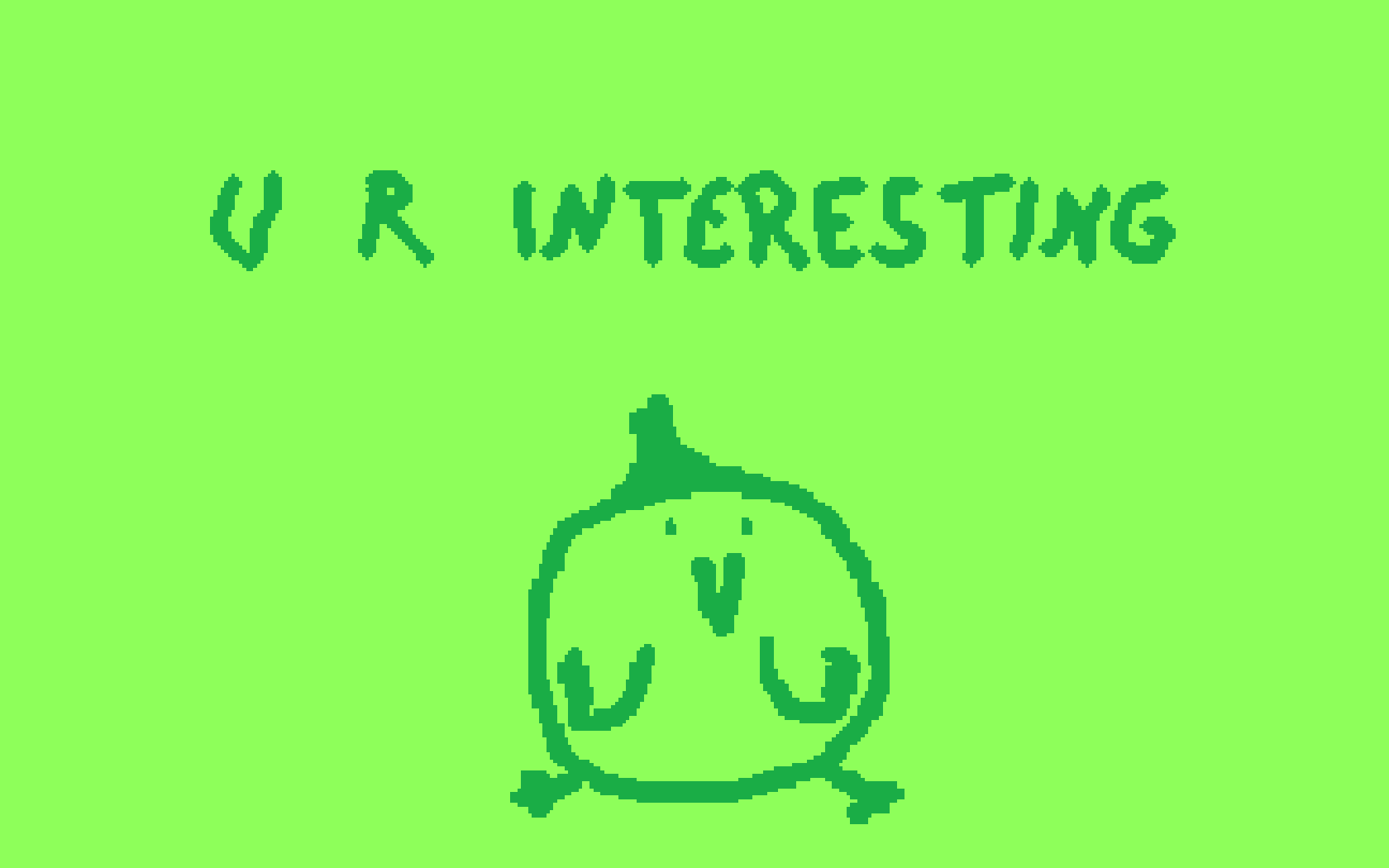 Borb the Birb is perhaps the most unassuming game of last year, but that doesn’t preclude it from also being one of the most important things I played during that time. It’s the kind of thing that misguided crusaders would prefer to kick out of this medium altogether: all you do is click repeatedly to have motivational messages delivered to you by a cartoon bird. Sometimes, that’s all you need.

I suffer from depression and anxiety issues, and like a lot of people in this field, tend to turn to games for comfort when these get particularly bad. Your mind can be a nefarious thing when it’s on a down spiral, however, and at these times I often find that my usual favorites fail to lift my spirits. Rather than leaving a short play session refreshed, I will become more and more frustrated with the familiar ups and downs of these experiences, like losing a match in Rocket League, dying in Downwell, a bad roll in Tharsis. Soon I will have spent hours in a game, waiting to feel entertained, only to kick myself for not being more productive with my time.

During the most stressful times of my last semester, Borb the Birb proved remarkably soothing in short bursts where normally I might have strained my schedule with marathon sessions. As simple as the game may be, its writing reveals the kindred spirit of somebody for whom these demons are all too familiar. Borb will not tell you to smile, lecture you about bigger issues, ask you to look at things in a different way, or push any other easy solution on you. Borb is simply there for you, with an endless well of positivity and gentle reminders to take care of yourself. 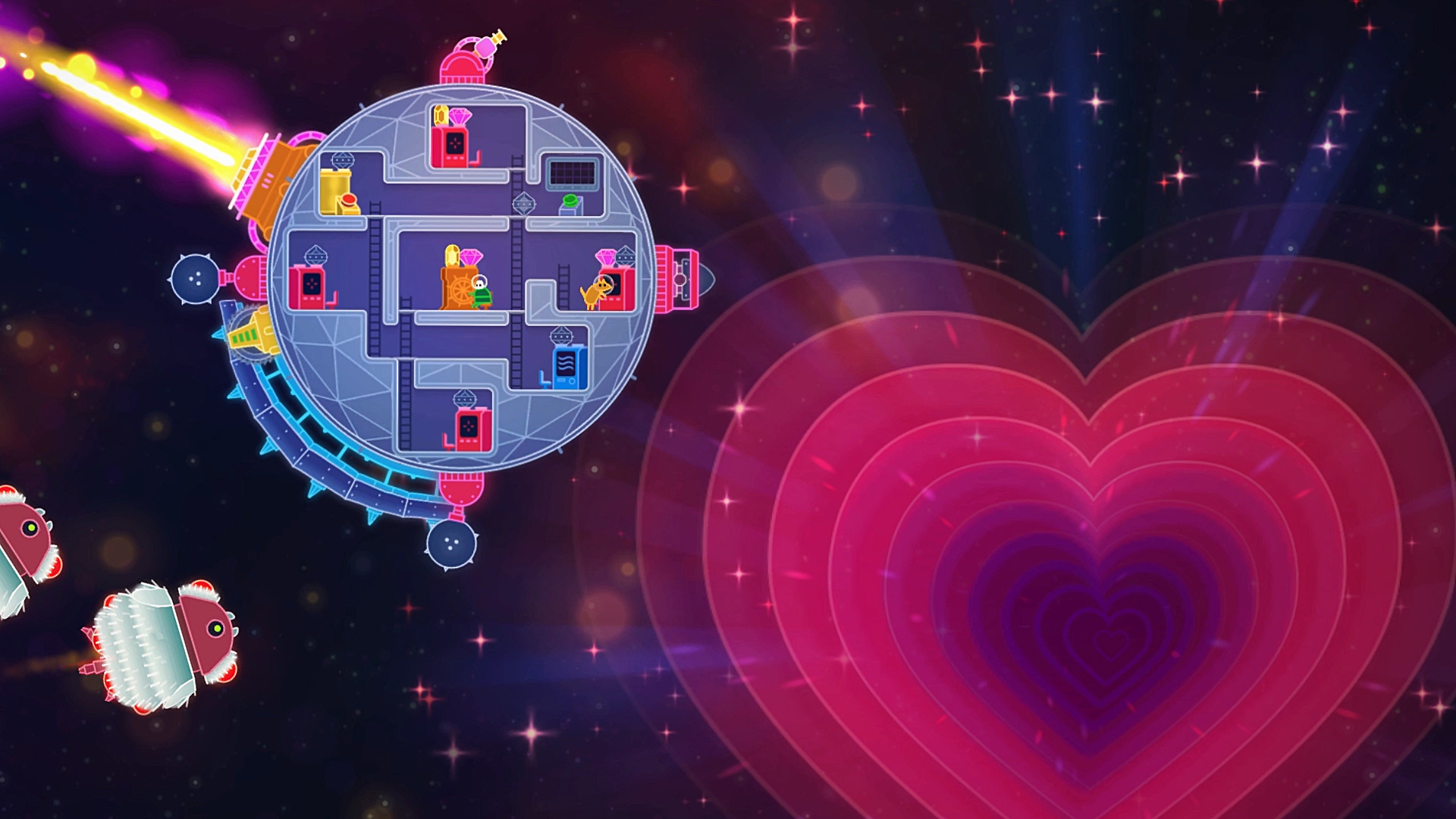 Lovers in a Dangerous Spacetime

Lovers in a Dangerous Spacetime is cute, challenging, and cooperative in a really unique way. While trying to write this blurb, I’ve thought a lot about why I enjoy it so much, and it comes down to those three things, artfully combined.

Cuteness, as an aesthetic in games, isn’t exactly rare. There are plenty of games that aim to be cute but violent, hoping that the contrast between the two will make them memorable. There are also plenty of games that are cloyingly cute because they are aiming at the demographic that simply likes that sort of thing. Lovers in a Dangerous Spacetime, on the other hand, manages to be just cute enough. It’s thoroughly, consistently dedicated to its style, but still manages to avoid being overbearing. Few games feel this consistent in vision. The world is full of bunnies and rainbows, not because it will sell more copies, or because it’s cheaper to animate, but because it makes sense.

There are also plenty of hard games out there. Whole marketing campaigns are built around how difficult particular games are. I play quite a few of them, but some of those games are starting to feel downright punitive. The idea of repeatedly playing a game, getting further as you get better has been around since arcades, but now we have games that last thirty or forty hours, and getting that far into a game and then having to restart is a lot less palatable. Lovers in a Dangerous Spacetime is challenging, but it’s challenging in randomly-generated, bite-size pieces. If you fail, you’re never set that far back, but it’s still just far enough to always feel the tension in every fight.

You can play the game alone, if that’s the only option you have, but that seems to go against the entire concept. Unfortunately, you can’t play it online either. No matter how much I like Lovers in a Dangerous Spacetime, I’d only get to play it if I could convince my wife to play along. So, as much as it’s an arbitrary metric, the third reason this is one of my favorite games of the year is simply that my wife loved it. For her, there were a manageable number of things to keep track of, and for me it was an exercise in communication under fire in the same way as a tactical shooter, but packaged in a much more intimate way.

Our relationship stood the test, we didn’t get in a huge fight, and we really enjoyed our time with the game. Any flaws faded into the background as we worked together as team, overcoming tough obstacles, rescuing adorable frogmen, and escaping through portal made of love. If there’s anything that I’d regret about the experience, it’s that there isn’t more of it.

Derek “Dewar” Harwell is a computer technician by day, and a amateur writer by night. He doesn’t have a place to see his other work, but he can usually be found hanging around the Idle Forums. 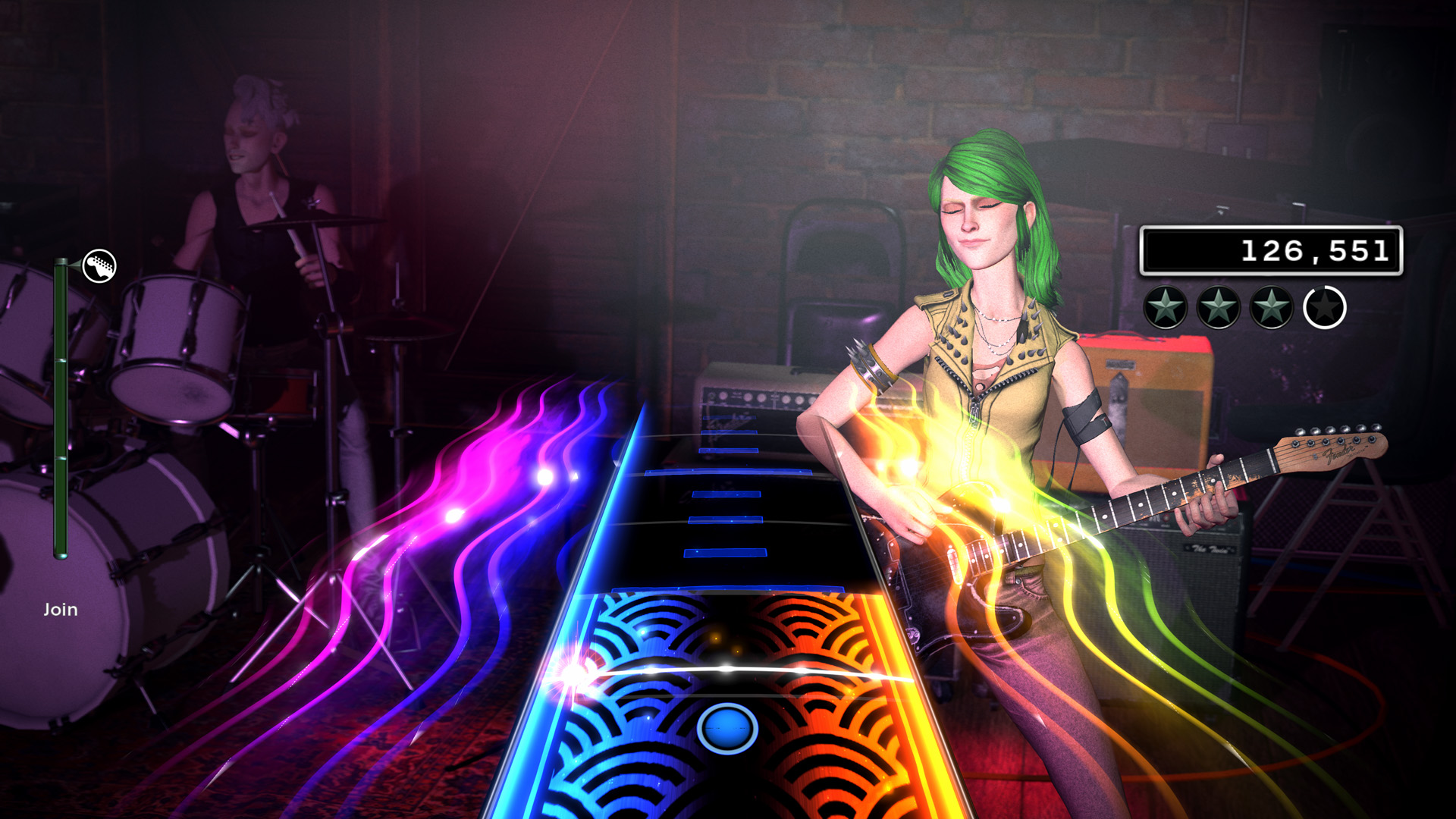 Plastic instruments and I have a long history, stretching back to the first Guitar Hero when I was in high school, and peaking with Rock Band 2 and 3 in college. I’ve bought every release in Harmonix’s Rock Band franchise, and my song library has ballooned over the years. The announcement of Rock Band 4 was a total non-surprise after the DLC teases (Rise of the Fenix and Something From Nothing being incredibly subtle clues), but thrilled me all the same. The promise that all DLC would transfer was even better.

In the two and a half years since DLC stopped for Rock Band, the instruments stopped coming out for parties. Getting to bring some of them back out has been incredibly gratifying, and the core soundtrack for Rock Band 4 suits my various groups of friends much better than previous soundtracks. For every three What’s Up?s, another friend picks Arabella,”and yet another will dig through the mountains of DLC for Drop It Like It’s Hot.  As Harmonix continues to add the older setlists, I find that people are excited when a song they missed is available again, the same way I anticipated weekly DLC from 2007-2013. Rock Band 4 might not be the most polished title out there, but it remains the ultimate party game with something for everyone around, and I can only hope this one sticks around for another six years.

aprettycooldude plays a lot of video games, listens to a lot of music, and sometimes even dabbles with making the latter. You can find him posting in a relatively SFW capacity on Twitter and likely much less so on Tumblr.