SimCity is what dollhouses grow into. A model village simulator that someone tried to make manlier by making it large-lier.

Duke Nukem Forever, on the other hand, is a game about a manly man who manlily shoots things in a manly way. With chicks everywhere. And I’m not talking about the ones you get fried in buckets.

Does that prove they are different games? No. What proves things is facts.

FACT: Think about how you play these games.

SimCity: Brief action, wait for results, look for where to place zones, rush to place them, wait for money to reload.

Duke Nukem: Brief action, wait for screams, look for where to place grenades, rush to place them, wait for ego to reload.

FACT: Both games were based on rather ropey, older games.

SimCity was created by Will Wright (alter ego of Won’t Wrong) when he was writing Raid on Bungeling Bay (not as good as Raid over Moscow). Supposedly he enjoyed making maps more than playing games, bet he collects train numbers as well.

The Dukester, back in his MSDOS days, was heavily influenced by Turrican and Megaman – so much so that most of the graphics were taken from those two games.

FACT: Numbers? What are those?

SimCity is the 13th of the SimCity games, and it’s not even the first SimCity game to be called SimCity. That’s not including Sim Helicopter (and its dancing himbos), Sim Ant (lacking a Sim Magnifying Glass) and Sim Bull.  Don’t worry, that’s journalist humor.

Duke Nukem Forever is the 13th Duke, (ahem, 13!) and not the one from the Fast Show. He may be the same Duke, but about 12 years older, which would put him around 30 odd now (old!). Not so cool when he’s hanging around with teen chicks anymore, is it guys? 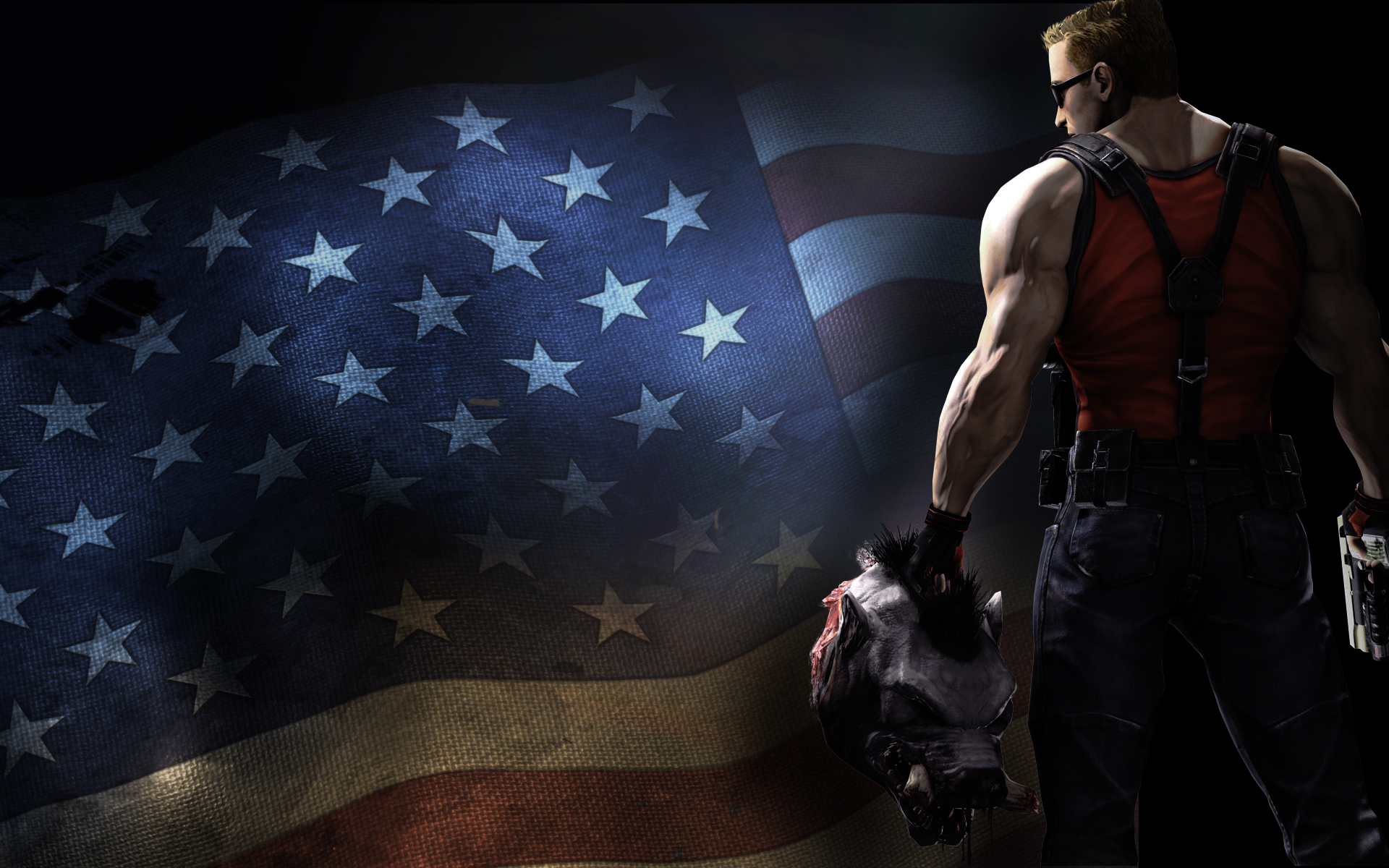 FACT: Princess Peach has nothing on these two.

SimCity was originally called Micropolis, and the source code for Micropolis was released in 2008. Not SimCity, as you might expect. There have also been many Sim games that aren’t Sims, Sims that are sims and even sims in Sims that are also sims, paid in simoleons. Xzibit nearly had a fit over this.

Duke Nukem himself was Duke Nukum for a while. The original Nukem was a bad guy in Captain Planet. By your potential lawsuits combined, Apogee renamed him. And then named him back, probably after the god-awful Belfast episode (Seriously, watch that [redacted] if you really want to laugh your [redacted] off).

SimCity bases most of its gameplay scenarios around real cities. Bern, Boston, Detroit, Tokyo, San Francisco, etc. The latest version even strips out most of its platform dependencies and relies on a browser based model.

Duke Nukem, well… where hasn’t it stolen from? If we ignore Stallone/Schwarzenegger’s physique, Campbell and Piper’s lines, or Dirty Harry’s voice, then we still have his name, his haircut and Lundgren/Van Damme’s look.

FACT: Why not Innovate?

SimCity‘s original purpose had no purpose. It was simply to build a city. Then Brøderbund decided on adding scenarios, Nintendo added special buildings, there was driving simulators, sims in houses and the much vaunted “play with your friends” modes. Which every game has to have now. By law.

Duke Nukum originally was a CIA operative. Seriously. But then he was rumoured to be a genetic experiment (Look for that poster in the Barracks. You thought Balls of Steel was a metaphor?) and then a mutant with Ego Shell Protection. Yet unable to carry more than two guns. 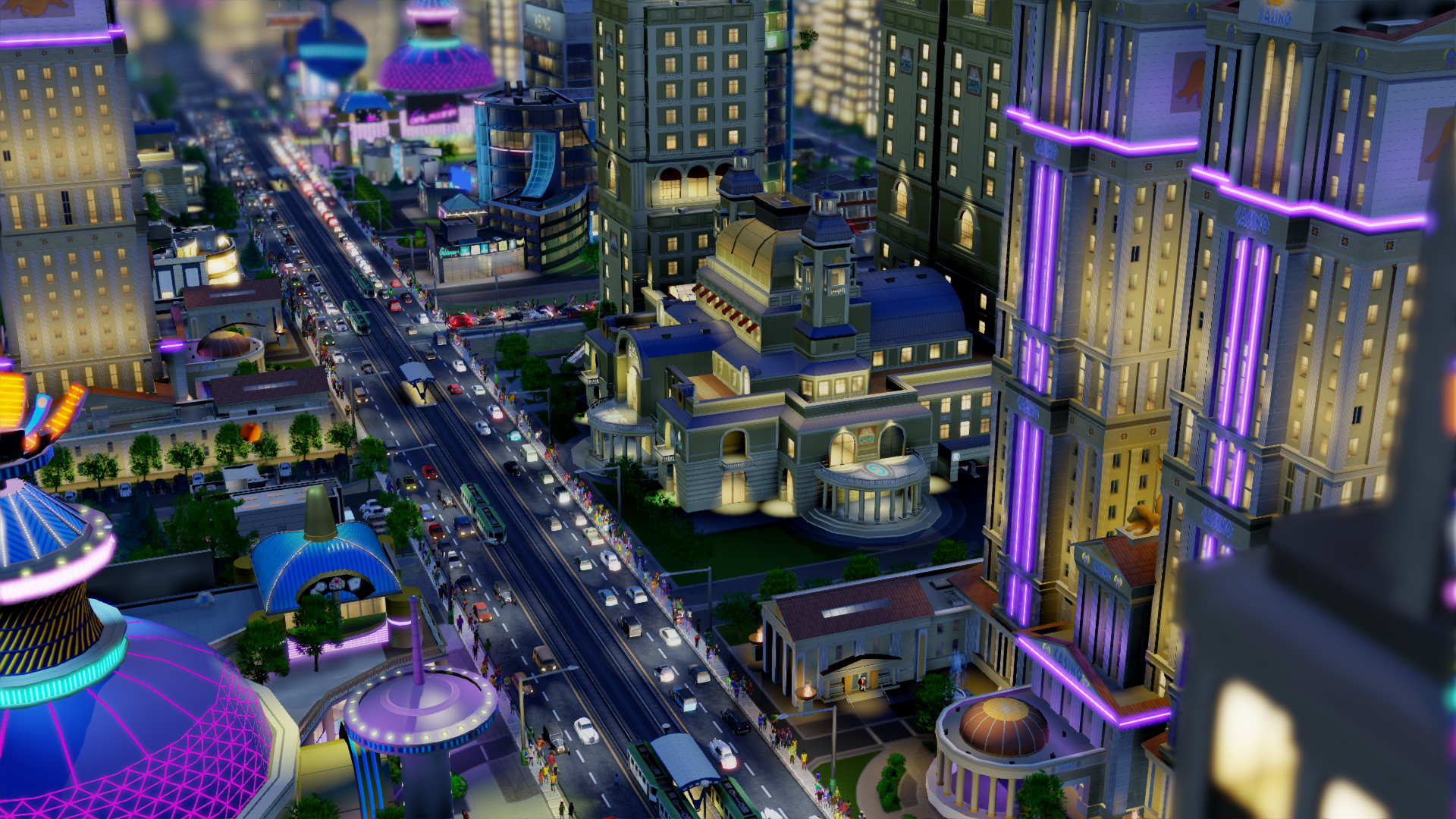 FACT: The spin-offs were way better.

The Sims accounts for almost 80 full price games. No matter what you think of the weirdos that buy this stuff, that’s a lot of money.

Duke? Balls of Steel (pinball), Blood (I Don’t Want to Set the World on Fire way before Fakeout 3 did it), Death Rally (recouped its 8 month development cost in 3 days – Duke Nukem Forever isn’t even close).

What have we heard about SimCity? Well, the Mac Version comes out soon, probably with gameplay changes to deal with their one button mouse. Then we have bigger maps (allegedly), and hopefully offline versions of it. But I’ll believe that when Polygon updates their review, and not a day sooner.

Duke Nukem? What hasn’t been said about it? The film still in production in 2009? Gearbox rebooting him after Alien:Colonial Marines is flushed out of the airlock? The Duke Nukem toys that broke as soon as you got them out of the package? Who can say? Time to get middle-aged on this franchise.

Convinced yet? No? Fact blast for you then!

Differences? One’s an FPS, one’s an RTS? Does the S in there not give it away? I’ve come here to compare games and chew gum, and my gum’s gone. Oh, and I had some notes on DRM, but they don’t seem that important.

Conclusion: SimCity and Duke Nukem Forever are the same game.

Any geek on the internet starts giving you trouble talking to you about two games? You come back to me and I’ll make sure they know the facts.