Off The Grid: Mind Zero

Alison Winters suspects the work of an enemy Stand

If I was a lazier person than I already am I could just copy paste my review of Persona Q and call it a day. However in the spirit of doing actual work for once, I might as well tell you a story of a mediocre game that wants to be a Persona game so hard it’s wearing the skin of at least three different entries in the franchise and dancing around in a rather ghoulish display. So, grisly imagery aside: Mind Zero.

Mind Zero concerns a group of teenagers who have awakened to a power called a Stand…I mean Persona…. I mean MIND. It’s basically a being from another plane of existence running parallel to our own that our heroes have unwittingly made a contract with via the mysterious Undertaker. I’ll be upfront in that I haven’t delved too deep into the story but at the same time the story doesn’t seem that compelling. I would like to know a bit more about the MINDs and their personalities so there is a bit of a reason for me to keep going. You have your brooding hero, the wacky best friend, the quiet love interest and Persona 4’s Chie Satonaka. You can surmise their character arcs from a few lines of dialogue and whatever Persona character they’re based on. That being said, the characters are likable and the interactions between them keep the game lively. Also, on loan from Persona are the social links, opportunities to build relationships with your peers, sans the actual gameplay benefits or time limits found in Persona. You can gain extra quests from talking to your friends, and it lets you learn about them in a rather organic way. It’s an easy way to add nice little details without shoehorning theming into the main story. 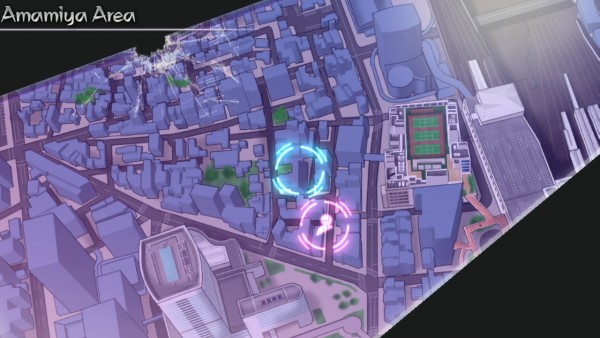 While the story and characters are running around with Persona 3 and 4 masks, the gameplay is sitting quietly playing its copy of Persona 1. It’s your typical first person dungeon crawler with random battles. You fight monsters, level up, and explore dungeons, the standard fare. You summon your MIND to help you do battle and use your assigned skills. The characters can fight sans MIND, but they are rather weak without them. While limiting you to the singular MIND you possess, you can assign it any skill provided you have the appropriate enemy card drop to do so. Certain characters excel at different types of skills and have elemental affinities that allow them to do more damage with different spells. Wrapping your head around these is crucial as the game can be brutally unforgiving. You are given a slowly refilling magic pool from which to pull off skills and cast spells. The more physical skills also draw from a pitifully small number of health points. To make up for this your MIND acts as a shield, with its own health, that absorbs damage for you but having it do so stuns you and leaves you vulnerable. Knowing when to pull your MIND away is critical to surviving.

The game can be hard to get the hang of and even once you do, there are still cheap shots, such as when an enemy pack ended up ganging up on one member to stun them and things snowballed into wiping the entire party. The game has less of a difficulty curve and more of a steep incline of pain. One misstep can end your journey rather quickly, but I felt weirdly compelled to try again. There is enough depth and strategy involved that makes me want to tackle it from a different angle and defend my fragile sense of pride. 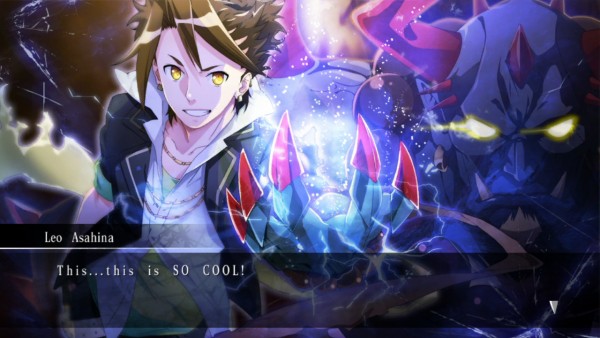 As a side note, I am playing the rather poor Steam port of the PS Vita version of Mind Zero. Some usable items have no description in battle and don’t seem to work when used. The controls do have button mapping and work well enough but there is odd the holdover of “touching the screen” to clear obstacles, the inputs replaced with shoddy mouse movements and button taps. Aside from these and other minor issues, the game never feels broken just unpolished. Also a rather minor nitpick – why do the convenience store and accessory shop just randomly sell items that would help no one but your party? I mean, yeah, Persona did it too, but they, at least, explained why these people are selling children magical weapons and what not.

Mind Zero is the type of game that comes and goes like an angel’s kiss. Its gameplay is enjoyable and while the story doesn’t seem to be shaping up to anything spectacular it’s not bad either. Despite my backhanded compliments, I do rather enjoy the game but it ultimately fails to leave an impression. It’ll be a good tide over till Persona 5, provided you don’t just play Persona 3 again.