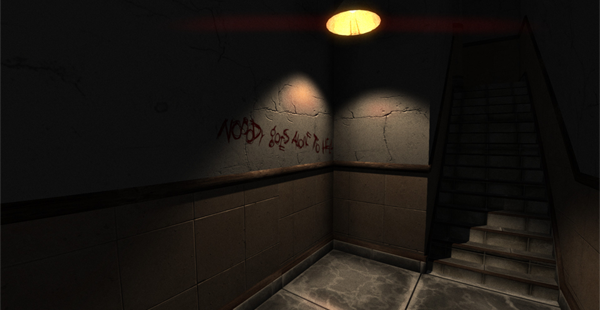 Off The Grid: Inside: Before Birth

Horror, like comedy, is a subjective art; one person’s nightmare is another’s silly rubber suited man. That being said, there are some rules to help your horror game affect a wider audience. Atmosphere is a huge factor in making a game scary; making someone feel helpless and alone is a good way to give anyone the shakes. You can achieve this through, say, making your protagonist unable to defend themselves. However, most games tend to ignore rules like these and instead opt for jump scares. Inside:Before Birth is one of those games.

There is nothing wrong with having a few jump scares here and there. Heck, Five Nights at Freddy’s can be boiled down to a series of glorified jump scares. However that would be underselling FNAF, which builds an atmosphere of dread that helps the scares stick with you. Sure, a dead body popping out of a wall is spooky, but does it really affect you? No.

FNAF infected my mind and stayed in my nightmares for weeks after I played it. Inside: Before Birth has left me pissed off since I played it. Here lies the problem with the game: it’s not in any way scary. It was a series of mild jump scares that lost their effectiveness in the half second after I encountered it. Look at something like Silent Hill where often the combat is clunky and fighting enemies is often not worth it. It gives a sense of helplessness that makes the game even scarier. Once you realize about two rooms in that nothing can hurt you the, for lack of a better term, enemies lose what little fear they had.

So nothing is scary, but maybe the gameplay can make up for that? Ha-ha…no. The game is a series of rooms with puzzles that make True Horror Stories look dignified. The first two hallways are simple but at least they make sense in terms of what you have to do to solve the puzzles. Then the final hallway decides to be nothing but a hunt for random events that are more weird, such as showers running and machinery malfunctions, than actually scary. The game occasionally tries to screw with your perception of reality in the vein of Eternal Darkness, however here they just feel like programming errors that were left in place. There’s even a crouching function that I’m pretty sure is completely useless as you never need to crouch anywhere. 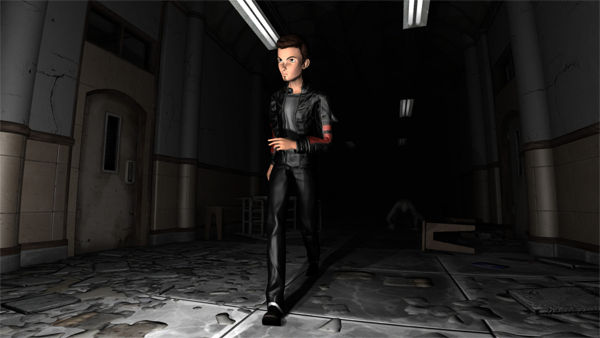 When I mentioned that there was nothing scary about this game I lied: the character’s model might actually haunt my dreams. The movements are lanky and awkward, plus when you can see the model it looks nothing like a human being. The other people you encounter via jump scares look fine which makes me suspect that they borrowed them from somewhere else, along with the dingy hospital assets. Everything is muddled and hard to see, and while depriving the player of sight can be scary, here it’s more frustrating. There is nothing scary hiding in the dark so I’m just left fumbling around in a place I couldn’t care less about.

Okay, nothing is scary, the game play is lackluster and the visuals hinder more than help, but maybe the story can save this mess. Unfortunately, the story is over in the corner suffering from a concussion and assault by an awful translation. You follow a young girl named Lucy as she wakes up in a hospital with no idea how she got there and work towards figuring out what’s going on. Some stories leave events vague and up to interpretation, Inside: Before Birth leaves events vague and confusing. The game is criminally short and the ending makes so little sense that not even the snobbiest of critics could spin this mess into something meaningful. I picked up this title from the premise,poorly worded as it was, as it sounded like an interesting story that could work as a decent metaphor for something like pregnancy. Instead we opt for a dream ending that answers nothing and raises even more questions.

Inside:Before Birth is a mess of a game that does nothing right. It’s a perfect example of how not to make a horror game: no scares, gameplay that relies on simplistic puzzles and a story that would only make sense if you were on hallucinogens. It feels like a god awful flash game that even Newgrounds would be embarrassed to have. Even at the bargain bin price of four dollars, I still feel ripped off.