Off the Grid: Inexistence

Allison Winters isn’t sure if she’s real or not.

Inexistence, despite the title’s claim otherwise, does exist. Though, I’d be hard–pressed to tell you anything about it really. It’s certainly well made and clever in its use of throwbacks to its inspiration (read: Castlevania). However, it fails to leave an impression in any regard thanks in part to a rather vague plot that fancies itself brilliant. Then again we’re already here so I’ll try to remember what happened.

Inexistence owes its life to what is commonly known as the Metroidvania genre. It’s a style of gaming that allows for exploration of large locations that usually require finding new abilities to reach your ultimate goal. I reviewed a throwback to the genre in last year’s Xeodrifter, which took cues from Metroid, while this game sits squarely in Castlevania territory. It’s particularly reminiscent of Order of Ecclesia, which oddly enough was an attempt to throw back to the older Castlevania games while using the more contemporary Metroidvania style.

The game follows Hald on his journey to save his sister from a curse placed on her by Claos (not Chaos, that’s just silly). If you’ve played a Castlevania game following Symphony of the Night you know the drill: kill enemies, explore a castle, level up. The leveling system is rather bare bones but it gets the job done. You have the choice of what stats you want to increase and the changes are noticeable. It works to add a nice bit of customization, but overall is nothing special.

Like Order of Ecclesia, we travel around the countryside to reach a castle on mostly linear paths. The linear way of traveling, for the most part, doesn’t hinder the enjoyable gameplay mechanics (the core running, jumping, and slashing) or a little light exploration. Then we get to Claos’ castle and for once the game shows signs of life. Compared to the rather bland locales that made up the journey here, the castle is actually fun to explore, filled with hidden nooks and branching paths that give a real sense of scale and exploration. However the fun of exploration is short lived as it ends as quickly as it began. 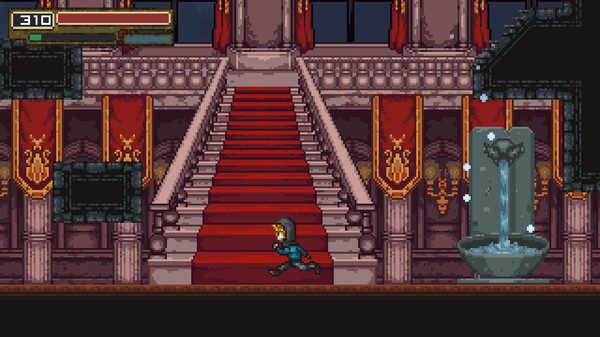 Now, I’m not one of those people who feels a game should need to artificially lengthen itself, but here it feels like we missed a huge chunk of content. The world map has a whole other side we never see and even going back to find every secret failed to scratch my exploring itch. Given time to develop we’d have had a more satisfying game and possibly a more coherent narrative. Then again, maybe the short playtime is a blessing in disguise since it limits the re–usage of the enemies outside of about two of them. The A.I. could use a little work, since most enemies will fail to attack me even when I’ve made my intentions quite clear that I’m not here for a chat.

The story, as far as I can tell, is relegated to the opening and ending cutscenes and makes little sense. In the interest of talking about it, there will be spoilers for all four of you who care. So once you’ve saved Hald’s sister from Claos and suffered through Claos’ “beyond good and evil” speech, it is revealed that Claos is apparently your Dad…sure, why not. However, what does this mean in the context of the world? Does this cast anything in a new light? No. It’s a twist for the sake of having a twist, nothing changes other than the fact that I now know that Hald’s dad is a jerk, like most dads. Maybe if the same amount of care that had been put into the art and references had been applied to the plot, we’d get more than drivel masquerading as a story with depth.

By now I’m sort of used to pixel art and sprite work, it seems to come with the territory. It’s pretty and wouldn’t look out of place on, say, the Super Nintendo, but it still doesn’t help the game stand out in any particular way. The game is more concerned with letting you know it resembles a Castlevania game. The castle itself is littered with pictures of a whip–wielding Belmont and the Claos battle is a fun homage to fighting Dracula in any game in the series.

Hald himself is probably the only thing I’ll remember about this game for his ridiculous level of not giving a crap. He wears a hooded sweatshirt with his hand in it till he attacks. Yes, I know he’s technically wearing armor but it’s still the same sprite and it’s hilarious. If only he’d had some personality or, you know, something, he’d probably be an okay character but outside of his devil may care wardrobe he’s rather bland. 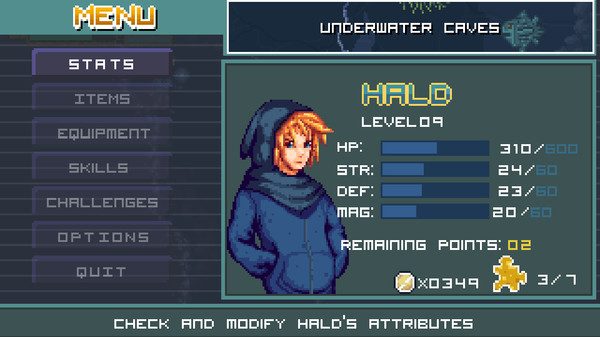 Inexistence happened, that much I can tell you. Think of it as the Joan Jett and The Blackhearts of the Metroidvania style: perfectly serviceable but lacking any real oomph. It captures what made the genre a blast to play but forgot to bring any of the depth concealed within games like these. I’d love to see another game like this from the developers with a bit more polish. As it stands all we have is a forgettable if well–made game.