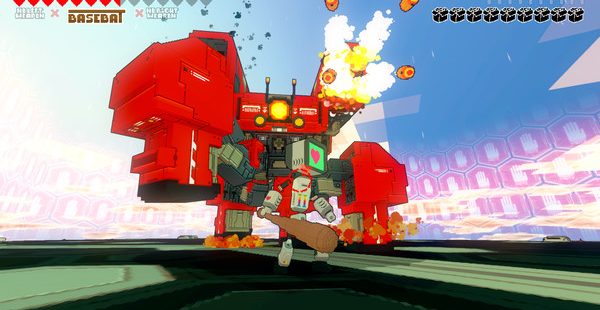 My first impressions of Heart&Slash were two parts annoyance to one part confusion. The combat was flighty, the enemies were kicking my can all over the place, the map layout was confusing and selecting weapons was a right pain in my rear. However once I took a moment to catch my breath and make a few control changes, I found the game to be enjoyable and despite earlier frustration I was hooked.

Heart&Slash has elements of a genre known as the roguelike, a type of game known for being rather unforgiving. I am glad that the genre is gaining more prevalence as of late thanks to games like Binding of Isaac or Spelunky, letting whole new groups of people learn how to hate themselves properly. Joking aside, it’s enjoyable to have nothing but a grab bag of equipment and survive on nothing but your wits and dumb luck. Most of these games tend to be role playing games, however Heart&Slash instead seeks to merge the roguelike elements into a third person action game. It adds up to a game that, while seeming a tad derivative in some aspects, manages to create a great  experience.

The combat itself wouldn’t be out of place in a Devil May Cry game albeit lacking that series’ flashiness. You, as the titular Heart Robot, are given a random set of tools and go around through a randomly generated map, slashing through enemies and finding better equipment. There are various classes of weapons, i.e blades, hammers, guns, etc., all with their own set of combos that are unique to that style of weapon while also having each weapon play somewhat differently from its brethren. For example the saber has a superior air combo while the Volt  saber’s moveset is more focused on having you dart around as each attack is executed,reminiscent of a kid on a sugar high horsing around. There’s a massive amount of variety to each playthrough since you’ll never know what you get to start out with.

Each death brings a new opportunity to start anew with different equipment and hopefully a better outcome. Throughout each session of the game you defeat enemies they drop bolts and hearts. The latter does what one would expect and fill up your health and the former goes towards your upgrade points. Collect enough and you receive one upgrade point to improve either you or your equipment, with most upgrades costing between one and three points. If you die without using your upgrade points then they stick around to hopefully make the next run go smoother. 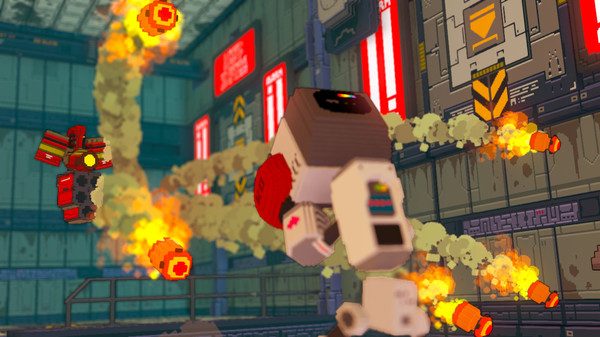 At first, the combat almost moves way too fast and I found myself flying past enemies and whiffing the air. After a while and numerous deaths, I started to get the hang of how to move, zip, and dodge enemies. The systems become second nature fairly quickly, and make playing come with great ease. At least, given a player less awful than I am. Certain enemies resist certain elements or weapons but honestly it hardly comes up, and while it’s easy to tell once you get what you’re looking for, it’s ultimately pointless. A fully upgraded weapon can tear through most enemies outside of bosses like tissue paper.

The story is par for the course and rather simple: it’s been 100 years since robots annihilated the human race and you play as Heart, a robot woken up for some reason to take down another more scary robot for some reason. I’ll admit I’m not too deep into the story simply because again I’m awful at it and haven’t progressed that far. It actually seems to be a joke that everyone else is quite clear to their role in the story except Heart and they’re just sort of going along with it. I have a feeling that this could lead to a few big pay-offs but for now, it’s just funny banter between Heart and rival robot, Slash. It gives the game a lightness of tone that makes it rather charming.

The art and music work to further that sense of fun that the game has fostered. The art is bright and colorful with the enemies all being distinct at a glance, again helping with the color coded weaknesses. Sporting a CRT TV for a head, Heart themself looks like someone jazzed up the robot from FLCL and gave them interchangeable parts. The music is ungodly catchy and despite dropping quite a few hours into the initial factory stage the music has never once been tired or grating. I’ll find myself humming along and just enjoying it.

Heart&Slash is an excellent way to introduce people to the roguelike genre. Offering new players some leeway in the inevitable death with the transferable upgrade points while those who are entrenched in the genre will still find a good time in it’s fun weapon system and steep challenge. This may be the happiest game about mass murder since Persona 4. 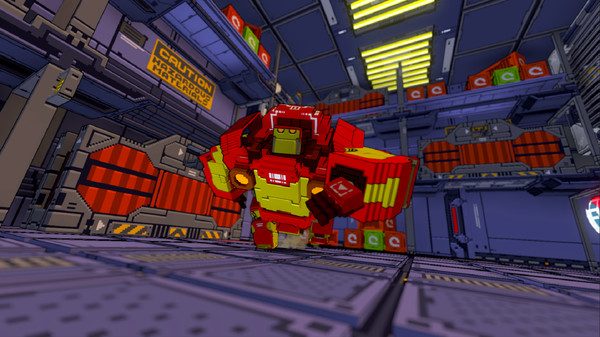 Tags: Binding of Isaac, Heart&Slash, Spelunky
← Opened World: Nowhere Fast
Me, Myself, and my Clone →