Games demand our attention, but are we bad at giving it to them?

cw: mental illness (mentioned as a feature of Far Cry 3).

People approach and experience videogame play in wildly divergent ways. Researchers working with ethnographic, interview, and experimental methods find this a rare point of agreement. This study, for example, identifies contrasting attitudes to Zoo Tycoon (Vignettes 6 and 8): one player uses money cheats to better express her design sensibilities in the zoo’s layout; another treats the zoo as a business, while recognizing her own discomfort with the ethics of this behavior (e.g., selling a baby animal from an endangered species).

While videogame academics find this concept relatively uncontroversial – even banal – in practice, many people react defensively when exposed to accounts that differ from their own experience with a particular game. Alternative views can provoke argument, as (apparent) threats to our taste, interpretation, or memory. This intolerance in videogame cultures, a result of publisher interference, has wide-ranging effects: the health of critical discussion and the financial viability of experimental videogame design require that we accept the possibility of other experiences, while recognising our own as equally (and objectively) true.

In pre-release marketing, videogame publishers emphasise a media vocabulary that constrains imagined experience prior to play. Consider this Far Cry 3 press conference from 2012: “Far Cry is all about freedom. It’s all about exploration, discovery, action-adventure, an insane cast of characters, hallucinations, and not one, not two, not three, but an entire archipelago of islands for you to discover. And that’s just single player.” In a previous piece, I described pre-release materials as affirmations of familiarity; extensions of in-game tutorials. Being “taught” how to play implies correct modes of performance and attention: in Far Cry 3, performance should be “fluid”, emphasising smooth transitions between sniping to sneaking to neck-stabbing – and, if you must – to the effortless brutality of the assault rifle headshot. And, as good players, we should be attentive to the freedom and discovery of the promised archipelago. This press conference breaks from the more common advertising strategy of creating desire through social envy, inventing a purely individual fantasy instead: the desire to be the person who plays as demonstrated, and in doing so, feels the full intensity of the advertised experience. (The more recent extension, of course, is to create desire to be the person who pays: the true experience is only possible with the pre-order bonus, the Ultimate Edition, the Season Pass, and so on. “The more monotonous the present, the more the imagination must seize upon the future.”) 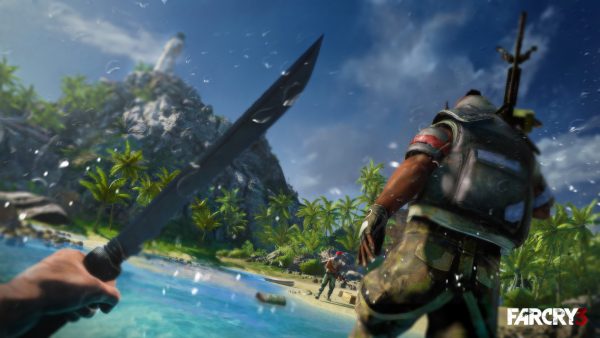 Advertising materials such as these are our first possible contact with the videogame. They originate from the publisher, who holds a place of financial power, and we are pollinated with their media vocabulary upon viewing. These official texts approach games as though they have transparent, easily graspable features that produce equally transparent, easily graspable experiences. Independent commentaries – reviews, Let’s Play series, pre-release footage, critique – that adopt the official vocabulary retain and reinforce these focal elements and assumptions to some degree. They root our first actual experiences with the game, and go deeper still, reifying normative positions on genre essence, game design, review policy, and so on.

Indeed, there has been much wailing and gnashing of teeth at the subjectivity of professional videogame reviews (and reviewers). Lampooning “objective” reviews is effective critique, for sure, but there’s more to the topic than readers’ apparent desire for more factual review text. Adorno’s 1951 argument (p69-70) that objectivity had come to mean adherence to “the non-controversial aspect of things, their unquestioned impression” continues to hold in present mainstream videogame cultures. In 2017, these players are as unadventurous as those of 1997: although professional reviews are no longer explicitly structured as atomised evaluations of Graphics, Gameplay, Sound, and so on, expectations that these “core” elements will be plainly assessed remain. Even as the culture appeals for review text that adheres closely to facts, the selection of appropriate subject matter is codified by consensus opinion, itself a product of publisher influence. The “objective” reviews so clamoured-for are, in fact, subjective.

More importantly, the root of their subjectivity is in business, which defines the limits of experience that the official media vocabulary can express. Here, the player’s identity is left ambiguous, or implicitly defined; only the basic and non-controversial aspects of the game are expressed. The vocabulary attempts to make the game transparent, to minimise interpretation on the reader’s part, to enable its measured comparison to others within the hierarchy of a generalising universal. The reduction that allows hierarchical comparison (e.g., via numeric score) makes these experiential accounts equally untrue (and useless) to each player; they are business assets only.

The often-denigrated subjective account instead “engages the specific experience of a matter, casts off all ready-made judgments and substitutes relatedness to the object for the majority consensus of those who do not even look at it, let alone think about it”. The subjective account hence aspires to communicate experience in recognition of the inestimable number of factors upon which it depends. (This is, to varying degrees, what New Game Journalism attempts, although limited by its purpose as a buyers’ guide.) Experience is described with language that rings true to the individual alone; as a result, the subjective account circumvents the accumulated cultural morass that buries and pressurizes discussion. In this way, the opacity – the irreducibility – of the videogame experience is retained, and hence advances an objective truth. A multiplicity of experiential accounts must be encouraged and valued in mainstream videogame culture to oppose the generalized model imposed by business. 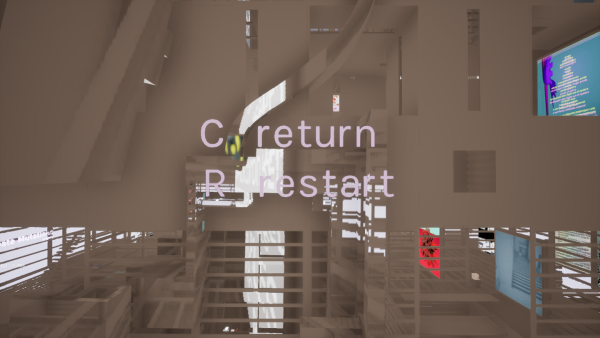 Publishers’ media vocabulary inhibits our ability to identify and analyse the specific experience of play, and over time, limits our imagination for videogames as a medium. Collective expectations can be funnelled into manageable avenues, and technological improvement is a safer investment than artistic exploration. Publishers lack incentives to fund more interesting games so long as they successfully immerse players in the arbitrary. Indeed, the dominant vocabulary leaves us unprepared – and perhaps afraid – to approach more experimental videogames; we have no words at hand to describe our experience. Games that ask players to engage beyond haptic input, for example, pose a threat to mainstream videogame culture: both because such engagement is unfamiliar and untrained, and because the culture itself has roots in the idea that games can be “correctly” played (and understood) at all. The response – in this case, mockery and hostility – arises from a fear that sincere engagement will somehow result in “failure”. The stagnant design that publishers internally enforce also increases financial risk for independent developers, imposing similar limits on their creative directions.

The dominant generalising vocabulary supports a limited range of “correct” ideas and subject matter, which obstructs identification of the specific experience and our own desire. Developers must accept these imposed bounds to draw player interest and feasibly profit from their work. It is therefore essential to refuse the imposition of standardised language and its false promise of understanding. Change in both domains – for players and developers alike – depends on our rejection of culture rooted in a generalising universal, and its reduction of people and experiences to transparencies fit for measured, hierarchical comparison. Such a culture makes communication, relation, and community impossible, breeding only intolerance. In short: the possibility of financial viability for games offering new experiences in the future requires that we accept the possibility of different experiences in games that already exist. Videogames are and will be limited to the extent that we remain unable to conceive of each player’s experience as an objective, unassailable truth.

Tags: videogames generally
← Off the Grid: Nightmare Boy
Due Diligence: The End is NieR →