Due Diligence: The End Ain’t Nigh Enough

Leigh Harrison gets stuck in a loop.

Across 22 breathtaking minutes, I’ve explored the broken carcass of an abandoned space station. I’ve fallen through a planet’s atmosphere and crashed into a raging ocean, only to be shot back out into space by a stratospheric tornado. I’ve jumped through a black hole and seen the other side. I’ve flown a spaceship into a star.

It took me just 8 minutes not doing cool stuff like this to realize I’d never finish Outer Wilds.

I’m a four-eyed astronaut from Timber Hearth, a planet not unlike Earth in a solar system not unlike our own, at least at first glance. I wake up staring, as I assume space travelers often do, at the night sky. My first task is to collect launch codes for the adorably homemade wooden craft I’ll be exploring space with. As I stroll around a village of cute cottages flanked by streams and scattered trees, night becomes day. I talk to a few residents and get my codes; it’s night again.

Timber Hearth is a small place – it takes maybe two minutes to walk from its north to south pole – in a small solar system, which means everything is on speed dial. Celestial bodies orbit the sun in a few minutes and float mere miles from one another. Looking up at that sky, at the dizzying whirl of careening planets, and comets, and space stations, and who knows what else, the pull of its condensed majesty is inescapable.

My mission is a laissez-faire one: go out and look at stuff. And so I do. I set off for Timber Hearth’s moon in my now launch-ready ship, but get distracted before even leaving the planet’s gravitational pull. There’s a mountain range close to the village that grabs my attention, and I set about exploring it on foot.

I make my way through a forest stalked by a teleporting boulder and across the ruins of an ancient bridge. At the head of a snaking path, I discover what looks like a landing pad, carved deep into the mountain’s summit. Very mysterious. Then the sun explodes and I die. 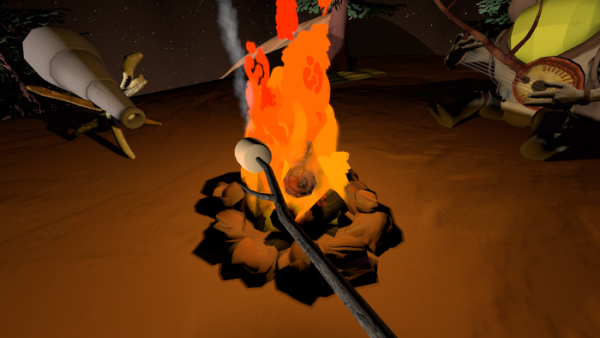 I awake, startled but intact, once again staring out at all those possibilities. I’ve gone back in time, and thanks to the nifty ancient alien tech I stumbled upon before being vaporized, I even remember the launch codes. A bad day, then, but not the worst.

Thus begins the first of many 22-minute time loops, each one typified by a cycle of discovery and then ultimate doom. It’s quite a bit like that Cruise/Blunt film Live. Die. Repeat. Edge of Tomorrow.

Typically with videogames, we change the state of their worlds to progress. We open a door here, clear out an enemy camp there; we move forwards. In Outer Wilds, the solar system exerts change on me, not I on it. Each of its planets is part of a finely calibrated clockwork puzzle, every piece travelling through space with a purpose all of its own, while simultaneously interacting with the whole.

I stumble upon, for example, a deserted ship frozen into a comet’s crater. On another loop, I recall it to a landing pad on a distant planet, and find it contains a log vaguely gesturing to the whereabouts of the crew, lost somewhere out in space. For the duration of each 22-minute loop, I’m free to wander the solar system like this, prodding and poking at things, figuring out how everything fits together. And at the end of my allotted time, poof, everything goes back to the way it was. I move through Outer Wilds but never have any lasting impact. All I can do is remember what came before.

The whole of Outer Wilds is there from the beginning – everything. It’s possible to see the credits roll in the very first loop. I don’t mean that in a masochistic “defeat Calamity Ganon with an underpowered Link in Breath of the Wild” sort of way. I mean I could go from A to B to C – there are no physical barriers stopping me – and finish Outer Wilds in 22 minutes. It’s just that, to begin with, I don’t even know that A exists.

And so Outer Wild’s loop – the loop of each loop, if you will – calcifies. I follow something in the night sky, or fly to a new planet, or just mosey around in a cave. This leads me to a clue that points to somewhere else in the solar system. I might make it there before the sun explodes again, I might not. It doesn’t matter because there’s always a next time.

As I explore, each new sliver of information helps me slot more of the intricate puzzle pieces together. With every loop, I come a little closer to uncovering Outer Wilds’ mysteries. What happened here? How does this work? Why can I time travel? This is a journey of discovery, of archaeology – of understanding.

And then, all at once, there is no more to learn. No more next times. 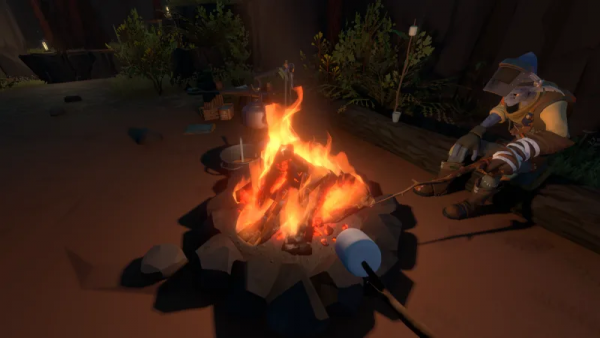 Like a sink emptying down a drain, Outer Wilds contracts into ever-tightening spirals until there is nothing left. Early on, mysteries abound. I can go anywhere, do anything and still make some sort of progress. Later, my scattered investigations begin to form concrete lines of inquiry; errant wandering takes on form and purpose but is no less satisfying. Once these are exhausted, and I appreciate how the solar system functions en masse, I am ready to escape it.

Being able to quantify Outer Wilds’ machinery – to understand when in the loop something happens, what causes it, and why – brings me as close to control as the game is willing to allow me. And I think that’s the point. I’m still moving through these spaces as a spectator, but with knowledge comes purpose. I can bumble around Outer Wilds watching the world end indefinitely; it’s only once I begin paying attention, analyzing, and creating links that I truly progress.

Nevertheless, this nascent understanding comes with a caveat. As possibilities are replaced by certainties, exploration cedes to schedule. The planets, and comets, and space stations, and who knows what else all fall away into nothingness. With each mystery solved, the solar system becomes a little smaller, as any reason to revisit locations disappears. This reduced scope also means I have to be more mindful of how I spend my time. If I miss a crucial deadline in an early loop, I can just travel off and see something else, no biggie. In the late game, with far fewer places remaining to explore, tardiness might lock me out of making any progress at all.

By the end of Outer Wilds, there is only one place I need to travel to, and a very specific time I need to be there. At the 8-minute mark, on a certain planet, a room becomes accessible for the first time in the loop. This is the start of the A to B to C journey to finishing the game. I need to go here. 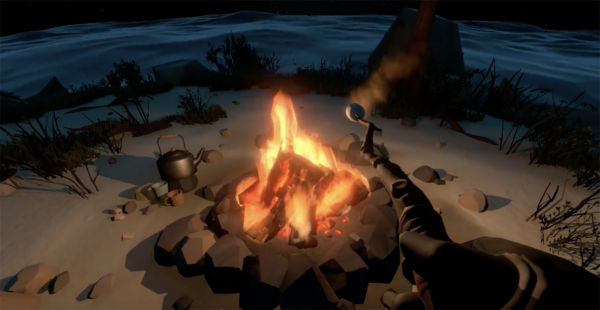 Now, there are numerous potential reasons the ending is the way it is. Being left with only 14 minutes out of the full 22 creates extra tension for the grand finale. The 8 minutes it takes to reveal this location are, admittedly, visually stunning (and I don’t want to spoil them here). The act of discovering the location is, in and of itself, another part of the game’s wider puzzle.

None of these justifications, though, excuse leaving me waiting for a third of a loop before I can do anything. Not least because I then have to fly to another planet and endure a one hit kill mandatory stealth section, which I of course fail repeatedly, each time having to wait another 8 minutes to retry. Live, die, repeat, indeed.

Outer Wilds faltered for me because it is so enamored by its machinery. All those spinning cogs and pumping gaskets are a wonder to behold when they pose as an ever-present foil for my scattered musings. But the further into the game I get, the more their rigid patterns begin to constrict. That big, bright solar system of possibilities crumples and closes itself off to me. It offers its puzzles but seems ambivalent about whether I solve them – that they exist and are so intricate is what’s important. So naturally my thoughts wander toward just watching the ending on YouTube. And all the while the solar system keeps on turning, oblivious that I’m even still there, until, at the very end, I’m left with no option but to lay down my controller and wait my turn.

Tags: Outer Wilds
← Work from Home
There’s Something About You: Playersexuality And Halfway Representation →