After last month’s column, Mom threw a fit, which was as funny as fudge, and also banned me from the console, which sucked.

I said to her: “Mother, while I appreciate your point of view, I disagree with your chosen form of punishment. It will be difficult to give my loyal fans the column they deserve if you are preventing me from pontificating on differences in the game industry.” (Mostly. Some of those words anyway.)

She told me that the Bromley phone she bought me had games on it, so I should try them.

So I did. And guess what I found? There are games on mobile phones. Like proper ones with guns and explosions, like the excellent Lawless. This lead to me thinking: Are the games on the phone like the games on the console? Are they the same or are they different? You decide. After I tell you the FACTS!

FACT: Mobile advertising is on the move.

Grab your copy of Battlefield. See that there? That’s a guy. And he’s got a gun. And he’s walking away from an explosion. That’s realism right there. How about Call of Duty? Guy, guns, but he’s sitting down. Company of Heroes? That’s got two guys with guns. Half-Life? Guy with a gun. Super Mario Sunshine? Italian guy with a gun. They’re promoting to their target audience.

But what do phones do? They put women on there. Not just women, but pretty women. Loads of them, all looking like Kim K. All boobs and bums with guns. Evony has them, Boomville, Empire Z, Criminal Syndicate, Castle Clash, Brave…

All the games I looked through, that were advertised to me, all had some sort of women sticking their chests out. Now don’t tell me there’s not something significant there, because I’m the one who talks (Breaking Bad, bitches).

And that’s a FACT. 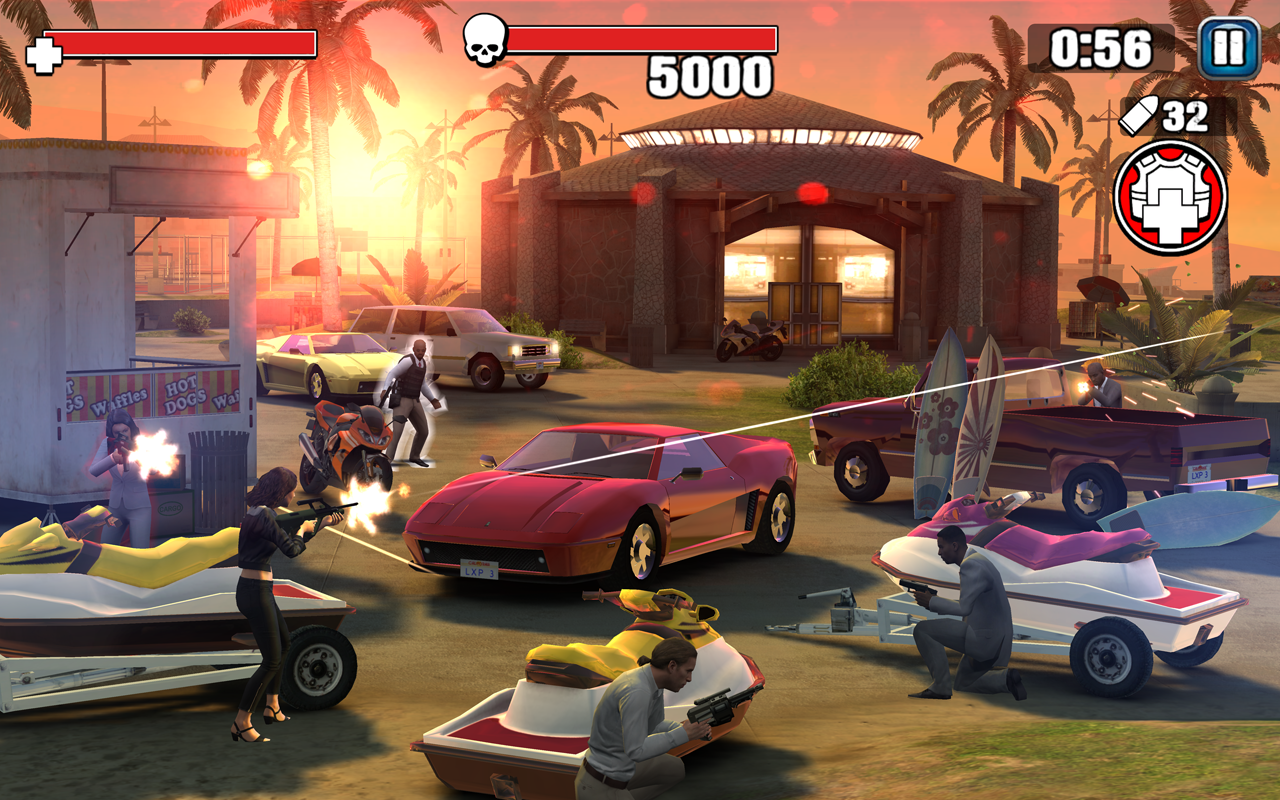 Looking down the top games, you see that there are bundles of games that are basically the same. There are 5 copies of 2048, Family Guy‘s clickarama next to The Simpson’s taparama, Cut the Rope/String/Noose/Wire/Thread. Just loads and loads of the same games.

But hold on, I hear you say: What about Black Ops, Ghosts, Titanfall? Aren’t they all the same too?

Dude, haven’t you been listening? I do the saying! What separates Battlefield 3 from Battlefield 4 is a whole load of stuff. Guns, maps, and all that. There’s none of that old stuff in new games, until you buy the classic DLC.

Well, they are sort of similar. I guess. Just not as much as mobile games.

Speaking of 2048, this has to be the stupidest puzzle ever. Stupider even than Candy Crush, because at least that’s got good sounds. (It’s also got a freaky doll, but you can skip that.)

SUB-FACT: Don’t go to bed playing that. It gives your Mom nightmares where she wakes you saying you’ve been screaming.

It’s math homework as a game? Who wants that? A good game like Tetris has got nothing to do with math. It’s just got blocks that tessellate. That’s science, not math.

FACT: Free doesn’t mean you don’t have to not pay.

Now I enjoyed Dungeon Keeper. Supposedly it was big on the PC when Dad was young, but so were dinosaurs. Anyway, there were lots of people, including some English group called something like ASS, that said you have to pay for a free game, and that’s wrong.

EA didn’t lie, though. You can download the game for free and play it up to the point where you start paying: in blood, sweat, and tears. Or, if you’re one of those poor people, you let your mum  mom buy something using your phone and then borrow her credit card details when it doesn’t sign her off.

See, it’s still free. Unlike the Blunt Force DLC, which I must have! #420 Problem is that the iPad trick doesn’t work on consoles. 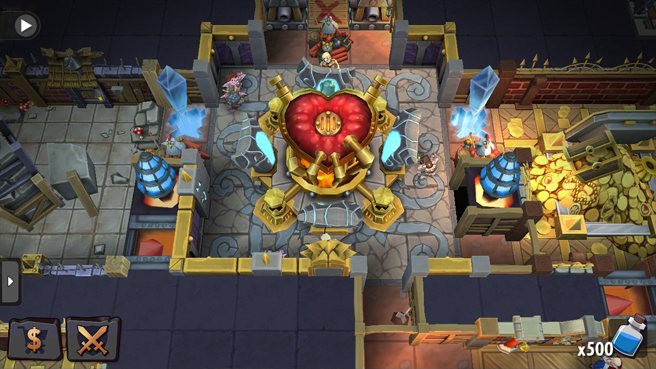 FACT: You press the screen to not die.

Even back in the days when Dad used a computer, they had things like joypads; they just called them joysticks. They were banned because SCOTUS found them too offensive as it reminded them of something, so Steve says. (Yeah, I forgave him. He told me where the Apple stuff was.)

But on a mobile? You’ve got poking and swiping. This is a problem, since you’re supposed to be doing mad skills with just a light touch. I mean, it’s not my fault that sometimes I get excited and poke the iPad extra hard, is it? It’s certainly not my fault if it breaks because I got a little over-excited after breakfast.

Anyway, I dropped it in the bath later. You can’t drop a console in the bath, can you? The cables wouldn’t reach.

FACT: Queueing is dull (and hard to spell).

You know when I play mobile games the most? When I’m waiting in a queue.

You know what a lot of mobile games do? They make you queue to do things. I mean, I love Dungeon Keeper, but if I’m sitting there on the bus listening to Mom tell her friend about something, I want to play the game. I don’t want to wait until she leaves her credit card unlocked to buy my way through.

Console games don’t do that, though. When I’m shooting noobs for achievements, every noob counts, not just the time it took to kill the noobs. That’s math (Regular readers may be wondering why I don’t like math anymore.  She didn’t like my Valentine’s card. Teachers only love each other, I guess). 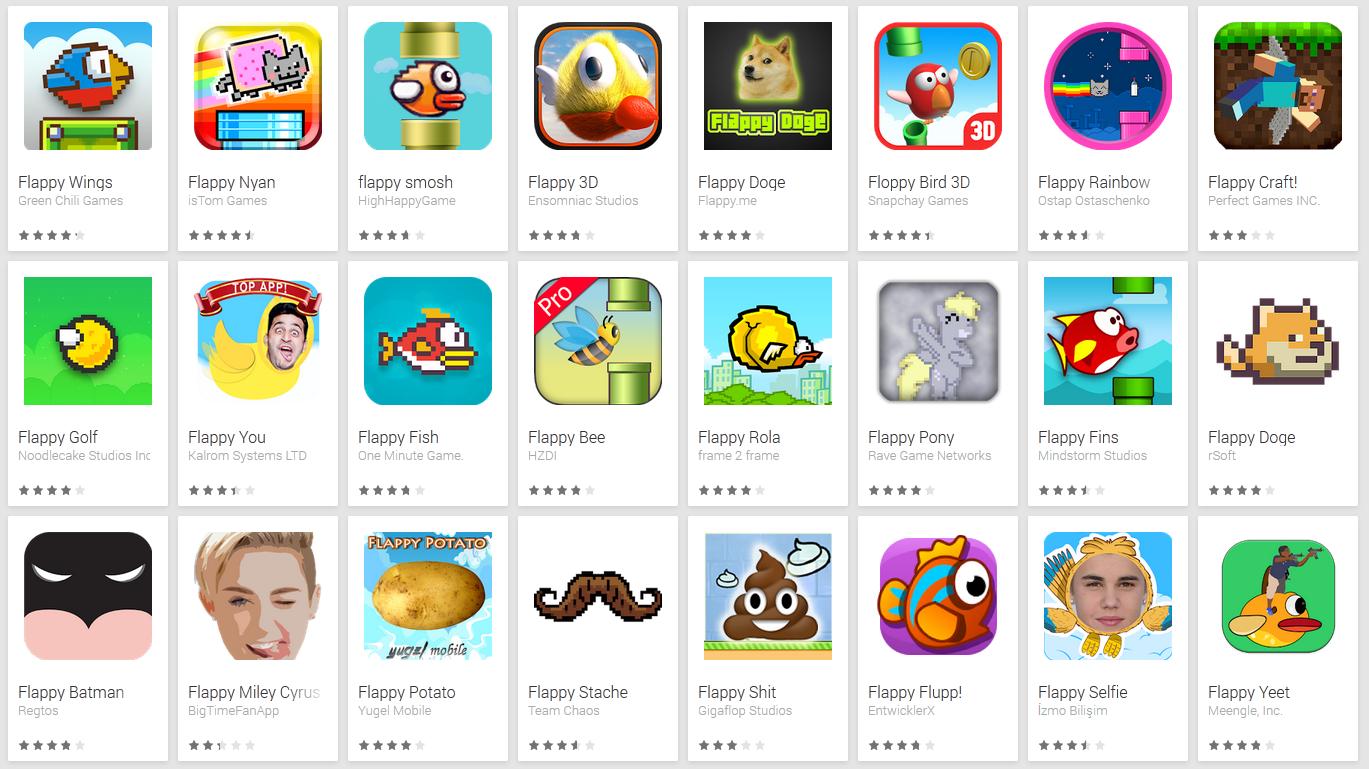 FACT: Flappy Bird is a bird that flaps.

That’s it. No hidden meaning. It’s a bird that flaps. Along with the other 15 other things that flap.

It’s a bird that flaps, and I’ve been flapping for five days solid, so I should know.

And this is the best game on mobile.

IT SHOULDN’T BE A FLAPPY BIRD, IT SHOULD BE A FACTY BIRD!

MOBILE GAMES AREN’T AS GOOD AS CONSOLE GAMES. THEY JUST AREN’T. NO SAME OR DIFFERENT THIS TIME, THEY’RE JUST BAD. APART FROM LAWLESS AND A FEW OTHERS.

And heaven help me, I couldn’t stop playing them until the iPad broke.

I’ve got three days to go until I get my console back, but Mom will never find where I buried the iPad. Just gotta work out how to tell her what happened to it.

But you know what I found out? Once you get mobile, you get to talk to loads of people. And they tell you where you can actually play iPad and console games for real without paying for them: at the Apple store. So, I’m camping out here, sending this through their demo models while the geeks talk about how their iPads are just as good as consoles. Boy, they’re stupid. They don’t know that I’m downloading all my columns onto every one of their iPads. They’ll never guess it was me either, because I’m like a ninja.

You may want to argue this, but all the Apple stores in Chicago are going to be telling you that you’re wrong, and I’m right. Any geek on the internet starts giving you trouble talking to you about two things? You pop over to the Apple store, and I’ll make sure they know the FACTS.