Taylor Hidalgo regards failure as an inevitability, especially given his skill.

There’s nothing enjoyable about working hard for a goal, fighting for every inch of ground, and coming up short. The grand stories of heroism really don’t work if they stumble and fail, the mounting tension only produces disappointment if the hero falls apart in progress, and there is no catharsis if the adventure stops cold during the journey. Stories, in that way, are beholden to their climaxes. They move forward at a definite pace, are structured to build to a dramatic crescendo, and leave their audiences entertained and fulfilled.

For most media, this is a fairly simple process. The conflicts and struggles have a guaranteed conclusion and go forward precisely as the creator intended, regardless of anything the audience does. For games, however, that same progression can’t work. Every possible roadblock in a player’s adventure has the chance to be a terminal one. Players’ actions need to have a sense of purpose, of consequences, and of stakes. A feeling that the hero could fail, or die, or the adventure could come up short. The end. No more.

However, the grand, sprawling narratives that games are built around can’t actually fail. The heroes have to win at the end of the day, and no matter what happens, there has to be triumph at the end. As they’re currently written, conventional stories don’t really allow failure points at different parts of the narrative. They don’t work that way, and if they did, they would feel monumentally disappointing for their audiences. Even though failure has to exist in order for success to have meaning, a hero has to succeed for the adventure to feel meaningful. For a game to work, the hero cannot fail, but the player absolutely must be able to. 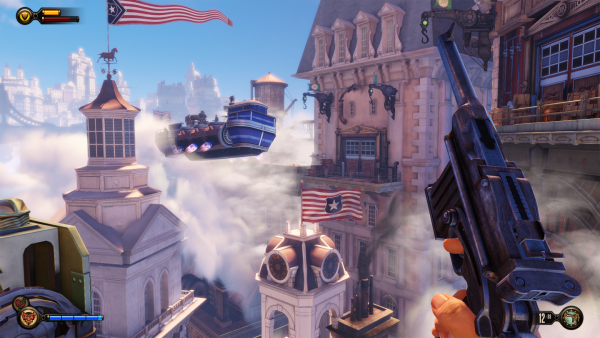 This creates an interesting dilemma, where a player character has to both be able to succeed triumphantly as well as have room to fail. To be able to get hurt, to bleed, to fail, or die. However, the possibility has to result in another chance, because while the hero can fail, they shouldn’t. At least not really, and never permanently.

In that way, games’ heroes are supernaturally capable. Their failures are, at worst, temporary setbacks. They travel through realities, unwilling and unable to live in a world where their trials make them come up short. Game characters are superhuman because they couldn’t be any other way.

Booker DeWitt, in his journey through the rapturous streets of Columbia, shortly finds himself caught in the crossfire of a bubbling revolution and a well-armed, mindlessly violent army. Between all of the moving parts that make up Columbia’s endlessly complex catwalks and beaches, the ceaseless opportunities to plummet through the clouds to the unyielding ground below, and the teeming masses armed with power and firepower alike, it’s inevitable that he will fail somewhere. He’ll catch one stray bullet too many, he’ll falter on a pivotal jump over the endless drop back into reality far below, or he’ll run afoul of the crushing metal fist of a mechanical nightmare. Failing is, after all, inescapably human.

Bioshock Infinite seizes the opportunity by allowing the player to fail, for Booker to fail, and to find themselves in the cold, spectral dimension of his apartment. His front door, frosted glass bearing his name, beckons him endlessly toward it. After all, it begins the very same way earlier in the game, with an insistent knocking. “Mr. DeWitt! Mr. DeWitt!” insists the unearthly voice from beyond, “Open this door! Right now!” Even without the voice, the door stands as a central focal point on the front wall, begging to be opened.

And with a flash of light, both Booker and the player are torn back into the action, with reality warped and history rewritten, such that the fight was never lost at all. After all, the player can fail, but Booker himself can’t. In the very same apartment, later in the game, Booker says as much himself. “What choice do I have?” In order for the system to work, Booker must continue. Stopping is impossible. 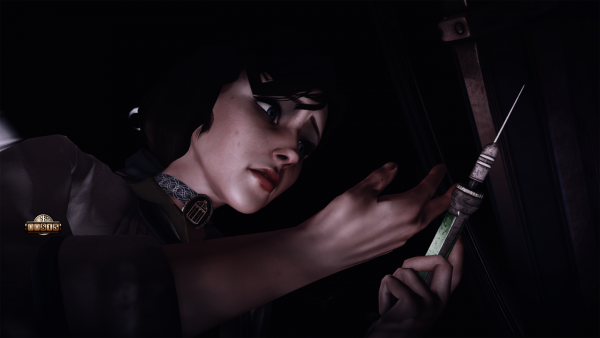 With Elizabeth in tow, Booker’s death no longer brings about a tear in reality, but the result is the same. Instead, he grapples briefly through unconsciousness, before Elizabeth manages to drag him back to life, willing or unwilling, in a remote corner of combat. With no preamble, he must stand, he must regroup, and he must fight. He must continue. There is no game over screen, nor a chance to start over; instead, both players and Booker must carry on.

Throughout BioShock Infinite, Booker is frequently and repeatedly humbled by what he must face. He does awful things because he has to, because he can’t get by any other way, and even with him committing the worst kind of atrocities he can bear to live with, it still isn’t enough. He’ll make mistakes, or be just barely imperfect, and it will take a feat of supernatural ability to put it right again. The supernatural abilities do come, though. At the end of the day, no dead end is terminal enough to stop the story.

Games continue to grapple with this because there is no universal answer for it. Players who die in Super Meat Boy, for example, will find themselves back at the beginning of the stage, as though caught in an alternate timeline, and must try again. Every failure splits into a new opportunity, and another reality splinters off. At the end of the stage, following a successful run, all of the realities converge. All at once, thousands of meatboys fling themselves into danger, with their bodies falling into hazard after hazard, until one lone meatboy manages overcome the obstacles and find his way through. Although he fails a million times in a million ways, he will always have at least one more attempt than he has failures. Then the next stage comes, and the cycle repeats.

Whether at the timeline singularity of Super Meat Boy or the reality tears which follow in the wake of Booker DeWitt’s impossible failures, game stories continue to prohibit a premature end. They have fail states, in theory, but no failures. 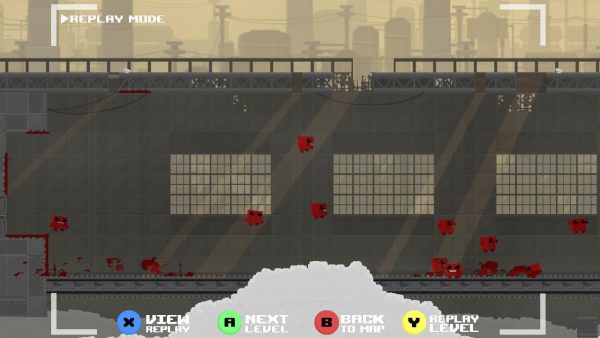 Which isn’t a bad thing. Because for a player, failure isn’t fun. Simply coming to a hard stop, unfulfilled and unengaged, is an awful way to end a personal journey. Instead, a journey should come to a big climax, bringing a close to the countless trials and struggles a player faced getting up to that point. Regardless if it’s the death of a million meatmen, or the very fabric of reality warping to take one more shot at the Handyman.

As long as the player has the will to keep pushing forward, the story must venture forward too. Booker really said it best, “What choice do I have?”